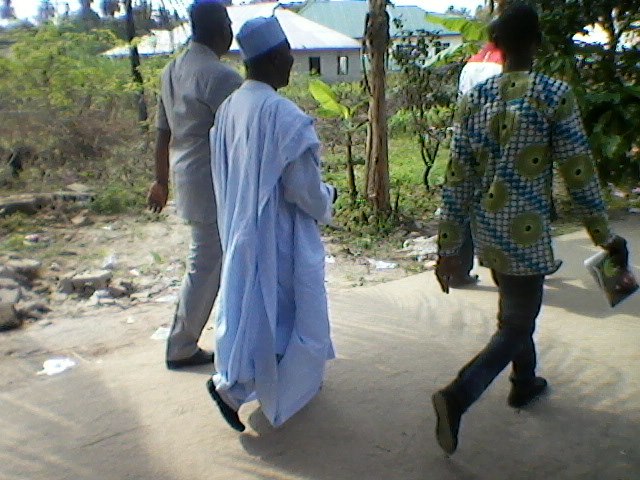 The writer took what could turned out to be Mr. Yakowa’s last picture alive.

The most cheerful man I met today (Saturday) was Governor Patrick Yakowa of Kaduna State.

Upon alighting from the doomed chopper aircraft that brought him into Okoroba, Bayelsa State, he was beaming with smiles all the way, greeting and acknowledging greetings from those of us around.

He even took time to cheer up his kinsmen who were at the corner butchering cow meat for the occasion before moving onto the reception hall. I don’t understand Hausa, but the smiles on the face of the Hausa butchers following their conversation with Governor Yakowa smacks of fulfillment and excitement.

I have no doubt as to what their mood would be now- disappointment. As he moved, I snapped this photo of him and General Azazi but unknown to me this would be the last time I would see both of them alive.

They came in the same aircraft together, left the occasion together and died together. May their souls rest in peace.