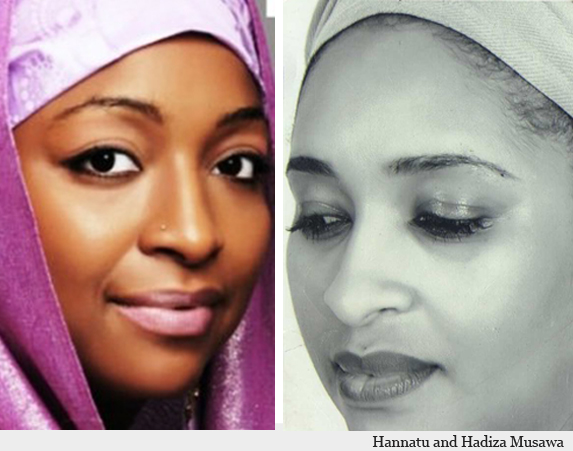 On Friday the 30th November, 2012; literary hundreds were shocked by the announcement of the death of Hajiya Zulaiha Muhammad

Buhari, the first daughter of the Former Head of State, General Muhammad Buhari (Rtd). To anyone that knew or heard of her gentle soul, Zulaiha or Magajiya (she was named after her paternal grandmother) as she was fondly called by her loved ones, was the most humble and gentle human being you could ever meet. An endless list of complimentary words cannot define the incredible person that this astoundingly selfless lady was. She was the pride of her family, the most obedient daughter, the most caring mother any child could wish for, a devoted wife, a faithful friend and a priceless asset to her community.

Zulaiha Muhammed Buhari was born on the 5th December, 1972 to Muhammad Buhari and Safinatu Buhari, now late. She attended  Nursery School in the USA where her family were stationed at the time. She graduated from Primary School in Air Force Military School in Lagos. Zulaiha began her Secondary School in Queens College, Lagos and in 1985 she began her JS2 in Federal Government College, Kaduna where she graduated in 1990. She was admitted as a student of B.Sc. Economics in Ahmadu Bello University, Zaria, where she later completed her Post Graduate Diploma in Management. She worked for a period of time for African Intercontinental Bank (AIB). Zulaiha then proceeded to work with Ministry of Solid Minerals And Steel in Kaduna; where she remained until her passing.

The Hajiya Safinatu Buhari Foundation (HSB) was founded by her, in loving memory of her late Mother Hajiya Safinatu Buhari who died of diabetes in February, 2006. The Foundation catered for the destitute who were stricken by diabetes mellitus. She also served as the Treasurer of NIM (Nigerian Institute of Management). In addition to these community service obligations, she worked diligently yet silently on several other NGO’s in her immediate community and beyond. Only those closest to her knew of her battle with sickle –cell anemia, a condition that she lived with bravery for she never succumbed to it until it so cruelly snatched her away.

In Nigeria, annually, over 150,000 children are born with Sickle- Cell disease. Over 100,000 of these children die annually. An estimated 5,000,000 Nigerians live with Sickle- Cell anemia. This is according to the former Director for Institute for Medical Research and Training, College of Medicine, University College Hospital, Ibadan; where Professor Adeyinka Falusi gave the statistics. Many Nigerians are unaware that this country has the highest number of sickle cell patients in the world yet the poorest health care and support for the helpless patients.

Sickle- cell disease(SCD) or sickle- cell anaemia or drepanocytosis, is an autosomal recessive genetic blood disorder with overdominance, characterized by red blood cells that assume an abnormal, rigid, sickle shape. Sickling decreases the cells’ flexibility and results in a risk of various complications. The sickling occurs because of a mutation in the hemoglobin gene. Life expectancy is automatically shortened. In 1994, in the US, the average life expectancy of persons with this condition was estimated to be 42 years in males and 48 years in females, but today due to sophisticated drugs and better management of the condition, patients can live up to their 50’s and beyond. In Nigeria, the statistics are obviously not as favorable. This disease can cause several complications such as: overwhelming post- (auto) splenectomy infection (OPSI), stroke, silent stroke (a stroke that causes no immediate symptoms but is associated with damage to the brain), opioid tolerance, acute papillary necrosis in the kidneys, leg ulcers, consistent eye infections, high mortality risk during pregnancy, gallstones, aseptic bone necrosis, malfunctioning of spleen, bacterial bone infection, increased pressure on the pulmonary  artery and high blood pressure.

It is a wonder that a person living with this traumatic disease made such a positive impact on the community as Zulaiha did. She was an epitome of an unassuming lady, who lived her life with the humility and simplicity unheard of for a former first daughter. My sister, Hadiza and I, with tears of sorrow and a heavy heart recall the memorable undergraduate days spent with Zulaiha in Ahmadu Bello University, Zaria. She had a humble nature, spirit of forgiveness, dedication in studies, accommodation of friends and loved ones, her gift of a simplistic character that drew her to everyone and endeared her in the eyes of all that were privileged to be part of her life. Her soft- spoken voice and beautiful smile were the perfect antidote for calming fiery tempers in the dorm and class. To the best of anyone’s knowledge, Zulaiha never raised her voice or lifted a finger to hurt anyone or anything around her.  “Yaya Babba” (fondly called by her sisters) had the gift of an amazing spirit of living her life in the most exemplary way and this served as a shining example to not only her peers but her loved ones at home.

Hajiya Zulaiha Buhari is survived by her husband, Captain Junaid Abdullahi, three wonderful children, Halima Junaid, Muhammad Buhari Junaid and her precious new born baby girl. Her memory lives in the hearts of her caring Father and Mother, beloved sisters and brother, family and many friends.

No one can question the will of the Almighty, no one can comprehend the torturous pain her family are going through, for surely the grief of even the silent tears are the most painful. But a woman that lived her life in peace and goodness, will surely be rewarded accordingly in the hereafter.

*This tribute was written by the Musawa sisters, Hadiza and Hannatu.
You can follow them on Twitter  @hanneymusawa and @HadiMusawa*