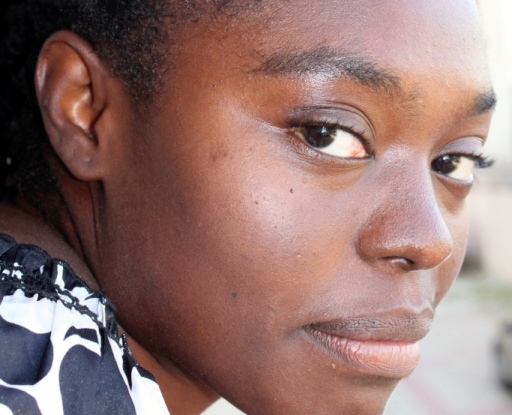 My Grouse with Trends By Ogechi Ekeanyanwu

“It has become trendy, to go abroad to study in foreign universities.”

I have always hated trends; because, to my mind it is the epitome of group think.

I never really understand how a group or a particular demography conform in thought , attitude or behaviour to an opinion or way of life that probably best suits the one who thought about it. I just do not like trends; it seems to me that it is an irrational, unthinking acceptance of opinions of the minority by the majority.

So, I made the decision to desist from trends. I am an absolute non-conformist. Being trendy will mean settling for what the Nigerian society thinks is socially acceptable. I can’t afford that, at least not now. I feel that right now, the point where we are in Nigeria, conformity should be quite unpopular. When the standards that we are complying with are standards that are plausible and enviable, I would then be too willing to become trendy.

I hate trends, it is very important for me to reiterate this.  Trends, they just take away from us. I have lost too much just for trend’s sake. It has become trendy, to go abroad to study in foreign universities. At first, I totally understood the reasons people jetted out of Nigeria in search of the “great Academic Pursuits”. The government is not living up to its responsibilities, there are no good schools, the ceaseless strikes, the untold hardship the students face in Nigerian Universities; these are genuine reasons my friends father gave me when he scraped his finances to sponsor my friend to study abroad.  I agreed then, I still agree that almost everything is wrong with the education sector.

But Osundu (that is the name of my friend) was going to a school that did not have a website. Okay, I get, website is no factor to measure the quality of education gotten from a school. So I checked the school’s ranking, it was below all the Nigerian Universities.

I immediately became sad; for me first, and then for Osundu. I was going to lose my best friend because it has become trendy in this part of the world for leaders to neglect the one sector that can directly influence the economy positively. I was sad for Osundu, because she is a very smart girl, and she was going to get an education not befitting her immense talent. She was going to be under-nurtured.  I was sad again, for my nation was going to lose one of her bright brains because we did not have a system to nurture her cerebral qualities. To my mind, this was going to be the fault of the government and trends. I imagine that Osundu’s father will be thinking to himself, ‘when my friends ask me where Osundu is, I will tell them she is abroad’. You see, the people in government encouraged this trend when they thought to neglect education because they could afford to send their kids to better ranking foreign schools after mismanaging public funds; a lot of it could have been used to finance the growth of education.

When I said I have lost too much for trend’s sake, I meant it. I lost my opportunity to change my phone because it was no longer befitting my age. Seriously, my five year old nephew uses the same phone that I use; quite embarrassing even for me. So when his mum, who owed me an accumulated sum of seventy five thousand naira from all the deals we had run over the years, finally agreed to pay me, I was elated. Unfortunately for me, her friend had come to sell her a new trend ‘Brazilian hair’. It cost fifty-five thousand Naira. Of course, I immediately became angry, ‘ah ah, o my gosh, which kain thing be dis now’. Hair extensions, fifty- five thousand naira, there went the money for my new phone and the other things like my gym subscription.

Yep, my end of the year resolution is to lose weight before the New Year, so that my New Year resolution would be to stay healthy. I think that it would be cheaper for me in the long run to pay for the discipline a gym would give me in terms of exercising. I read all the time that exercise can keep the doctors away. So, I am buying into it, because to get marvel class medical attention, God would have to give me a ‘financial break through’.  Sometimes, I am so scared of falling ill, because I do not want to visit the doctor’s; not because I am scared of injections or drugs but because I am scared to death that I might lose my life in the process. I might have a heart attack when the doctor spells out his bill.   So if exercising would keep the doctors away, then it is ‘up and down, left and right’. That’s my gym instructor instructing.

I am although hoping, that it would become trendy for government to look into the health sector. If the people are unwell how can they become productive? How can the government expect them to eagerly pay their taxes, if they have to spend all their earnings treating themselves in private hospitals, because the public ones are not functioning as they ought to? In Nigeria, it has become trendy to enforce tax laws, even when we do not directly see the benefit. The idea of taxation is not exactly terrible; I am just hoping that with as much intensity that these laws are enforced, the same intensity would be given to utilizing and accounting for the money.

Finally, I hate trends, because it causes too much pain. Violence has become trendy, with the slightest provocation; we maim and kill. We kill in the name of God, justice, yet the mercy of God and justice eludes us. How else, can we explain the thriving community of thieving blood sucking demons, either of theology or governance?

I hate trends, it often lives me bewildered, I usually cannot comprehend how it has become trendy for men of God to acquire jets while “children of God” are still begging for bread. I cannot comprehend the craze and trend of tithing in Nigeria. I already hear so many –touch not my anointed and do my prophet no harms.

I also get utterly confused when the trend of governance in Nigeria is shaped by malfeasance, beneficial to only a handful, those in government and their friends, where it is trendy to be ‘on top’ of situations that have toppled Nigeria. It is trendy for government to be the cause of decadence, where evils that government should be fighting are perpetrated by government, where legitimacy has been given to illegitimacy.