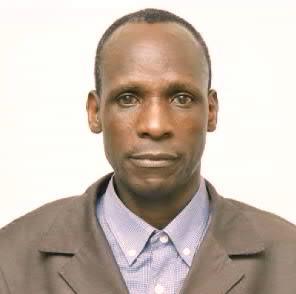 Na-Allah: How do you justify our lawmakers taking staggering jumbo pay in a country where poverty is ravaging the land like a wild fire?

Our lawmakers’ jumbo pay and the lesson from Kenya, By Na-Allah Mohammed Zagga

Kenya was recently in the news when President Mwai Kibaki, bolstered by public outrage, rejected the attempt by the country’s legislators to raise their salaries and allowances to $110,000 per month. Moved by public outrage, the President firmly told the lawmakers that he wouldn’t accept such egregiously selfish demand when millions of other poor fellow citizens are struggling to make ends meet. The people are central to the democratic system and, therefore, their interest is the soul of democracy.

In Nigeria, however, the reverse seems to be the case. Here, our National Assembly members are paying themselves whopping salaries and allowances outside the recommendations of the Revenue Mobilization, Allocation and Fiscal Commission. The former Chairman of the Commission, Engineer Hamman Tukur publicly accused the legislators of paying themselves illegal salaries and allowances. What we have here is a situation where lawmakers abuse their powers by fixing their own salaries without regard for the state of the economy or the tough living conditions of the voters that put them into office.

Our lawmakers here are no more than an albatross on the economy and our democracy. How do you justify our 109 Senators collecting a jumbo pay N45 million per quarter each? How do you also rationalize every member of the House of Representatives collecting N27 million each every three months? I deliberately avoided the word “earn” because to earn something, means you have worked hard for it and deserve it as a result.  With 109 Senators and 360 representatives collecting such outrageous salaries and allowances in a developing country like Nigeria, how can democratic governance make any positive impact on the lives of the ordinary people or the voters? How do you explain a Nigerian Senator receiving salaries and allowances two times higher than the American President? The United States has a higher GDP than Nigeria, but ridiculously, a Nigerian Senator pays himself higher than the U.S. President.

Public outrage does not move our lawmakers here because our electoral system is so rotten that it is almost always impossible to remove bad and selfish leaders from office, using the power of your vote. If the dictatorship of the President is not acceptable, the despotism of the lawmakers by defying public opinion over their salaries is not good for our democracy either. Former Vice President Atiku Abubakar recently lamented that Nigeria’s President is the most powerful in the world and, therefore, we must put a curb on his excessive powers, which are subject to abuse.

However, the excessive powers of our lawmakers are just as dangerous for the good of democracy. The French philosopher, Charles Montesquieu who originated the concept of the separation of powers, argued that excessive concentration of powers in the hands of one person, body of persons, groups, individuals or institution, can lead to tyranny and abuse. Abuse of power or breaching public trust for personal advantages or making laws to advance the selfish interest of the lawmakers couldn’t have been the noble intention of the original framers of the 1979 and 1999 constitutions.

The former Minister of Justice and Attorney General during the Second Republic, Chief Richard Akinjide, once told a magazine that the problems of our democracy today have nothing to do with whether we are operating a presidential or a parliamentary system of government. Instead, he said, the problem lies in the character of the people we elect to power. He hit the nail on the head. If we elect those who perceive public office as a gravy train rather than a call to honest and selfless service, then we shouldn’t expect different results from the selfish lawmakers we have today.

This is not our idea of people-oriented democratic order. How can lawmakers be more powerful than the people when their authority derives from the voters? Unfortunately, such is the disturbing reality of our so-called democracy today. In fact, when has projects execution become part of legislative function? Our federal lawmakers are hiding behind the so-called constituency projects to rip off the people by paying themselves outrageous salaries and allowances, which are inconsistent with legitimate labour.

In a country where leaders are complaining about their inability to pay N18,000 minimum wage, how do you justify our lawmakers taking such staggering jumbo pay in a country where poverty is ravaging the land like a wild fire? A University Professor earns about three million per annum, but each of our federal lawmakers receives more pay than the Chief Justice of the Federation and other very senior hard working professionals holding public offices.

During the Faruk Lawan bribery scandal, I participated in a BBC Hausa Service programme on the issue and when we left the studio, I tackled a lawmaker who had participated on the show to tell me honestly how much they are receiving as salaries and allowances. He said the perception of their pay was based on exaggeration. And then I asked him as a follow-up, what exactly are the figures of their actual salaries since he denied the figures in the public domain. Again, he resorted to prevarication, reminding me that lawmakers have many responsibilities because they are close to the grassroots, which never answered my question. We parted without the lawmaker answering my question honestly, after fellow participants on the programme appealed to us to end the argument and agree to differ. He told me that critics like me are “ignorant” but without confirming precisely how much they are paying themselves.

Don’t these lawmakers have a duty to clear our “ignorance” by being upfront about their salaries and allowances? When are we going to have a public hearing by the National Assembly to enable Nigerians debate the necessity of lawmakers paying themselves outrageous salaries and allowances? When CBN Governor, Sanusi Lamido Sanusi, questioned the rationale of 25 percent of our national budget going to the welfare of our federal lawmakers, he became their marked man from that day. Are Nigerians now surprised why the National Assembly members are amending the CBN Act of 2007 to get back at Sanusi by whittling down the powers of the Governor of the apex bank? Former CBN Governor, Professor Chukwuma Soludo, reminded the lawmakers that legislation should not be done in anger.

Our constitution should be designed in such a way that nobody should enjoy the powers to fix their own salaries or make laws for their own advantages. Unfortunately, such hope is remote because the current crop of lawmakers can never give us the constitutional amendment we deserve. The number of our federal lawmakers is too unwieldy for the economy. Lawmakers should not collect salaries like civil servants or other professionals in government.

Democracy is for selfless and honest service and not for making overnight fortunes at the expense of the public. Former American President Bill Clinton didn’t make money in office because that was not his mission for seeking power in the first place. He started making money after leaving office. His memoirs, “My Life” earned him $15 million. In fact, the former British Prime Minister, Mr. Tony Blair also received 17 million pounds for his memoirs, entitled, “A Journey.” They also earn big money as conference speakers.

In Nigeria, however, elective offices are avenues for self-enrichment. That is why politicians can kill you if your ambition threatens their seats, where they are making millions. When you see the choice properties owned by our lawmakers in Abuja and the kind of state-of-the-art luxury cars they ride, your heart will bleed for Nigeria. Are they serving the people or themselves? Is this the kind of democracy we deserve? Why do lawmakers lobby to be appointed into lucrative standing Committees, which rip off ministries and departments of government in the name of oversight functions? In the words of Professor Pat Utomi, of the Lagos Business School, what we have in Nigeria today is not democracy but “a government of politicians, by politicians and for politicians.”

Na-Allah Mohammed Zagga  (muhazagga@yahoo.com) is a journalist and writer on national issues. He is based in Abuja

How can I help my hopeless country?

Kizz Daniel, stars’ buga and the curse of stardom, By Festus Adedayo