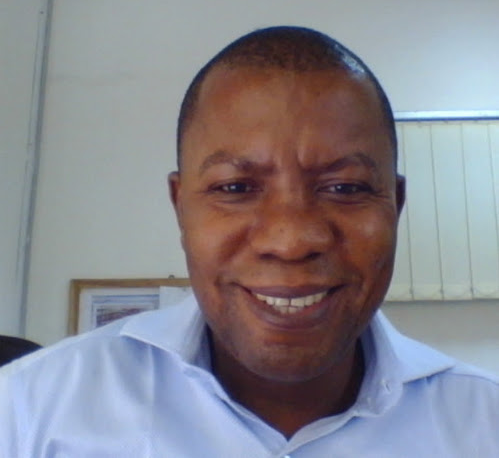 Port Harcourt-Enugu Expressway: A beauty to travel, By Emmanuel Obasi

Roads – good roads – are no doubt a critical infrastructure for national development and prosperity. Call it transformation and you are correct.  To buttress, great roads, connects cities, towns, villages and hamlets. By so doing, cross border trade and commerce of all imaginable dimension thrives; movement of men, women, children and goods are safer, prompter and better cost effective.  What’s more, the risks of unnecessarily losing skilled Nigerians – potential administrative messiahs of tomorrow – are either eliminated or greatly reduced.  When such occur, it will only be because of individual disregard to basic tenets of road usage, defensive driving if you like.

The Port Harcourt-Enugu federal expressway is one of such numerous excellent roads in the south-east/south-south Nigeria.  I had the honor of traveling this road few days ago- I have not in a very long while- and it was great joy of a travel that I had.  Built in the late seventies and recently reconstructed by the federal government of Nigeria, this important precursor of movement, trade, commerce and integration for the people of south-east and south-south Nigeria, is a perfect example of what roads  should be in the region specifically and the country in general.

The recent reconstruction was as a result of the deft political and administrative moves of governors of the south-east states, supported all the way by those of the south-south. Realizing the importance of this road to the economies and peoples of the region, the governors had engaged and pressured the central government endlessly.  It got to the point where they resorted to carrying placards to Aso Rock Villa, demanding not just the reconstruction of the road in question, but other economically critical roads in the region.  While they were on this, senators and legislators of the region also joined suit, literally carrying placards in the upper and lower chambers of the National Assemby. Their fights paid off and today, we have the beauty of a road, the Port Harcourt-Enugu Expressway.

My recent travel on this road commenced somewhere on East-West Road, very near to Eleme junction in Port Harcourt.  The East West Road itself was another beauty of a road to behold, at least the little I saw from where my journey commenced.  From here, we navigated to Eleme junction, then to Oyigbo (Obigbo?), then to Aba, Umuahia, Okigwe and then the Enugu stretch, a few kilometers to Awgu/Mgbowoh junction, popularly called “aki n  ukwa junction” in reference to a local food delicacy commonly sold in this area.  By the time we got to this junction, we had done four hours.  Back in the days (before the recent reconstruction), this would normally take between one hour forty five minutes and two hours.  The remaining stretch is just about thirty minutes before you hit Enugu. All this would be at national permitted speed limits on such roads.

Why did we choose to do this stretch in four hours when we could have done so in two or a little less?  Answer, we were busy admiring the beauty of the road; stopping severally to closely admire the construction and accompanying embellishments at specific areas on the road.  We saw a number of haulage vehicles (trailers) parked on the road at numerous points, and the drivers/passengers admiring the road.  In several instances, goods and materials- bags of garri, flour, cement, food items, raw materials, name it- where seen offloaded by the road sides, and in some places in the middle of the road. Why?.  The people so loved the road that they did not want to complete their journeys quickly. They wanted to waste as much time as possible on the road, possibly sleep over so they can fully savour its beauty and have enough stories to tell others who have not been opportune to travel on this great and beautiful road.

In some instances, vehicle drivers were so lost in admiration that they did not know when their vehicles skipped the road limit and toppled over, causing loss of lives and heavy damage to goods.  However, the people concerned expressed happiness at the occurrences, insisting that the beauty of the road far outweighed their losses – neither the government nor the road were to blame.  It was as interesting as it was intriguing- I still wonder.  One other wonder on this road was a particular segment, in a community (cannot recall now) situated between Okigwe and the junction leading to Ishiagu-the home to Crushed Rock Industries, an important quarry industry.  This community is home to a cattle garage (popularly referred to as Gariki), which used to be located within the Okigwe area.  Here, scores of haulage vehicles have almost taken over this great dual carriage way. Why? They have all parked to admire the wonder and beauty of a road, especially the exquisite mini-resort, built to enable travelers stop and refresh before continuing their journey.  We had to also stop and park as there was no way we could continue unless the other folks moved their vehicles.  We had to take it easy before somebody snapped on us, possibly wondering why we could not appreciate the wonder they had stopped/parked to admire for only a while?  Finally, we got into Enugu after nearly five hours of travelling (should have been under two and a half back in the days), on the great and beautiful Port Harcourt-Enugu Expressway, recently reconstructed by the federal government of Nigeria.

On getting home, we refreshed and got down to talking, discussing, sharing/comparing notes.  We praised first, the peoples governors/governments in the states of the south-east.  We also praised the south-south governors for their love and support. We did not forget the state assemblies and their leaderships; they were the ones that kept the governors on the edges of their seats until justice was achieved in regard to this great road.  Then we stood up for the federal lawmakers of south-east extraction, they are true sons and daughters of the region-selfless, committed, just and upright, thinking day and night of the wellbeing and happiness of their people.  We did not forget the support of governors and legislators from other political and economic zones of the country. They are also spearheading such transformations in their regions.  Posterity will not forget their labours for the genuine transformation of the regions of Nigeria?  And then the biggest one, we praised and praised and praised the government at the centre.  Of course, we recognized the untiring and sacrificial efforts of successive ministers under whose supervision, the region witnessed such amazing transformation in road infrastructure. Next we hear is that a committee has been set up to map out strategy for sustaining and improving on the success achieved. The committee will be headed by an elder statesman, an achiever of no mean status.

The reconstruction of this road has no doubt opened up a fresh vista for the south-east region and her neighbours.  The gains associated with such first class infrastructure are unimaginable and the region will be the better for it.  The larger Nigeria will benefit too.

Wait a minute, is this real?  I mean is this true of the Enugu-Port Harcourt Expressway or any other of its magnitude in the south-east?  Have you travelled this road recently or do you know of any friend from the region you could ask?  Better still, go find out first hand.  I bet you, the opposite, stark opposite of what has been described will stare you in the face.  Do not venture into this nightmare of a road, such an important one at that.