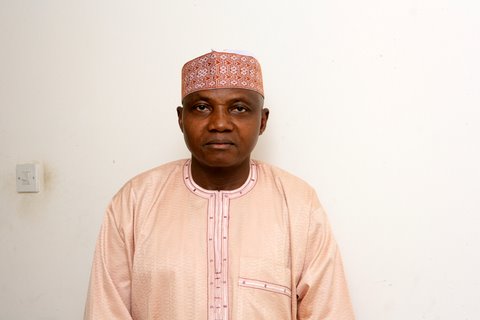 Having got no concession whatsoever after a week of hopping and dancing in the eyes of the world, the Nigerian government has eaten the humble pie by quietly resuming the airlift of this year’s pilgrims to Saudi Arabia for the annual Hajj. No one expected the Saudi Arabian authorities to soften their stance on a matter fundamental to their religion, Islam – for doing so, at least publicly would have weakened their claim and that of their ruler as the custodian of the holy shrines. This incident is a confirmation of the notion that militancy is not a good tool in international relations.

I don’t know how or from where the element of military found its way into our international relations management. Some say it is a gift to the nation from the South-South whose son, Jonathan Goodluck, is our current President.

A blogger made the cynical point that the Nigerian Vice President, Architect Namadi Sambo, who summoned the Ambassador of Saudi Arabia to a meeting and handed  him a 24-hour notice to remove the Islamic requirement for Mahram (Chaperons) for female pilgrims was himself decked in South-South uniform, complete with the jumper and bowler hat.

It is unfortunate that a country’s leader will summon a diplomat and give that independent country an instruction to act in a given kind of way. Even under colonial rule, the designated administrators of Nigeria and India gave orders in a muffled, subtle and refined way of doing things called indirect rule. So the Kingdom of Saudi Arabia, not being a colony of the mighty, powerful country called Nigeria, simply ignored the ultimatum. Not only this, it intensified the deportations, refused access to detained pilgrims by this country’s envoys and declined the issuance of visas to a “high – powered” Nigerian delegation members led by the Speaker of the country’s Parliament.

Nothing could have been more humiliating. If only we had dealt with the crisis differently!

Nigeria is a country where wrongdoing is the norm. All laws are compromisable to suit the convenience of big men. National objectives are sacrificed at the altar of greed and myopic vision of the rulers. We always assume that the way we do it here is the way we would do it dealing with others all over the world. We are comfortable with the situation of our being a feudal country where selfishness, cheating, greed and tribal thinking hold sway. We always assume that others will understand that we are what we are and they will bend their own rules to meet out special needs.

In this particular instance, the Islamic requirement for a male chaperon or guide, a husband or a close relation for an adult female in Hajj is compulsory. Where this is not available, the Hajj itself is not compulsory on such a female person. But the way we do things in this country is to forge such a relationship or, as in this case to just ignore the requirement in the belief that the Saudis won’t care or even if they do, they will waive the rule.

This humiliating experience with the Saudis should be used for a serious national introspection. Corruption has decimated good manners and good thinking in Nigeria; it has decimated good politics and policies and it is even ruining religion including the Hajj. Pilgrims Commission officials in the states – I say the states because Hajj management at the centre is much more sanitized and more orderly – is driven by patronage and scams. Hajj seats are scandalously issued by the ruling party in the states to legislators, commissioners and advisers and such seats are hawked openly for sale. You are either connected or you buy, otherwise you are out of it. When you hear the dirty scams in Hajj as in our national affairs, you would think that prostitutes have a higher moral standard than some of the Hajj officials. Given the situation when almost everybody is involved in scams, foreign states have a moral duty to help Nigerians against their rulers. This is what the United Kingdom has done by jailing our officials and confiscating looted public funds. By barring unattached women from the Hajj, the Saudis are not only enforcing a religious duty but also helping Nigerians to rise to the standard of public service.

In dealing with non-Arabs, particularly black Africans, some Saudis are discriminating, if not outrightly contemptuous. The horrible treatment to which the female pilgrims were subject to at the detention centres, i.e. the lack of food and access to lavatories is dehumanizing and typically Saudi. Their officials are among the most insensitive you can meet on international travel. It is ironic but true that it is more pleasurable traveling to Europe using European carriers than it is for Muslims using Arabian airlines to their holy land in Saudi Arabia.

In the past few days, we have witnessed a series of consular infractions against Nigerians that the Foreign Affairs Minister should attack, not to go after religious order which, understandably, only led to a hardening of position by the Saudis. This Saudi Arabian insensitivity and the lack of regard for foreign Muslims, especially where they are black Africans, is one reason the repeated calls by the Shi’ah Iran for the internationalization of the holy shrines, that is their removal from the custody of the Saudi royalty, seem to make sense to Muslims in many parts of the world.

But it is a matter that must one way or the other be addressed so long as the Saudi arrogance persists. As for the Hajj mismanagement in Nigeria, this crisis provides an opportunity for a judicial inquiry into the states’ handling of the matter. All the scammers must go to jail if there is to be deterrence against future abuse.

Breaking the law has become a habit to Nigerians. When South Africa deported Nigerians over yellow card controversy, we all rose in patriotic unison to condemn the South Africans without giving a thought to the possibility that South Africa could have valid grounds for its action. Instead of reflection, we used economic blackmail or threats of sacking South African companies, including the MTN telecom company, from Nigeria to divert attention from our habitual impunity. Our culture for seeking and obtaining illegal service usually leads to the possession of so many fake yellow cards which you can get without even meeting any doctor or going to any hospital. We should take a hard look at ourselves if we want to avoid occasional embarrassments from other countries. A former U.S. Secretary of State, Mr. Collin Powell once described Nigeria as “a nation of scammers.”

To earn respect, we must work hard and sincerely. While deploring the degrading conditions under which the Nigerian female pilgrims were held before deportation, we also owe it a duty to ourselves to stop the culture of impunity, which we export to other countries.