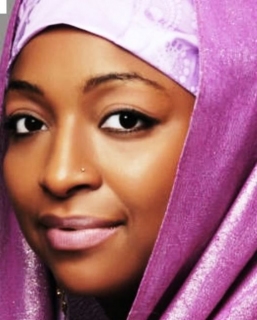 Freedom to HURT or HEAL, By Hannatu Musawa

“Oftentimes, the irresponsible and malicious use of the freedom of expression results in clear consequences.”

“It is by the goodness of God that in our country we have those three unspeakably precious things: freedom of speech, freedom of conscience, and the prudence never to practice either of them”

In a modern day society, of all the rights enjoyed by individuals, freedom of expression is one of the most fundamental. The concept is integral for the existence of democracies and the protection of human dignity; a principle borne out of the need for the general discovery of truth. History reveals, that the fact that people were hesitant to speak freely due to social pressures and fear of government retribution hampered the growth and development of nations. Thus, in the interest of the sustenance of free communities, governments were urged to allow and encourage input from its people.

Freedom of speech helps to shape the intellectual character of a society. The true right of free speech is however accurately carried out when self-restraint is responsibly exercised. Despite the importance of this right, it equates to neither an obligation to offend nor a duty to be insensitive. Its exercise comes with a responsibility of civility because of the explosive nature of expressions. Words and depictions have a life and power of their own; they can hurt or they can heal. The essence of the freedom was always one that was meant to heal not hurt, mend not break; that is essentially its moral imperative. Deviations from this rule have resulted in dire consequences especially when the expressions borders on personal and religious criticism.

Oftentimes, the irresponsible and malicious use of the freedom of expression results in clear consequences. Take for example the comment
made by John Lennon of the 1960’s band Beatles on the nature of fame when he said that the band was, “more popular than Jesus”. Despite the
group’s popularity at that time, there was a worldwide outrage and a huge campaign to destroy all Beatles albums and other paraphernalia.
It was this single comment that led to the beginning of the end for the legendary band. Another example is the 2002 religious clash in response to the irresponsible piece of journalism by Isioma Daniels during Nigeria’s hosting of the Miss World Pageant. These cases exhibit clear examples of how flippant and callous remarks can lead to an upsurge of negative concatenations; this ever more so when the expression is at the expense of anthers’ belief and spirituality.

It has been said that everybody has a right to swing their arms, but that right ends the second ones fist hits another’s nose. It’s the finical reason why tort law encompasses defamation legislation that protects against libel and slander. Just like in everyday life where regulations and borders are needed to safeguard against lawlessness, in the same vein rules exist to guard against verbal and visual imprudence.

The present freedom of expression and global religious troubles we are seeing which were stirred by the amateur film that disparages Islam in the most disgusting, wicked and malevolent manner has no doubt reached the very epitome of insensitivity and crossed a sacred boundary.

Mockery in general is never nice but deliberate attacks on sensitive topics such as race, family, gender, tribe and especially religion are rancorous. Such topics form the very basis of an individual’s spiritual identity. An attack on a group translates as a personal attack on each individual person that regards themselves at oneness with that group.

Notwithstanding any solidarity shown on the sanctity of freedom of expression, from the inception of the concept, it has never been completely sacrosanct. History shows that in numerous instances the world over, slander based on religious grounds has been unacceptable by most States. In most Western civilizations, governments have introduced laws on blasphemy. Blasphemy is the crime which consists of indecent and offensive attacks on religion, the scriptures, sacred persons or objects calculated to outrage the feelings of a religious community. From the beginning of religion, there have been hundreds of thousands of cases where distasteful depictions of religion have resulted in harsh consequences from communities. Europe in past centuries was a place where blasphemers were automatically burnt at the stake and the laws supported this by introducing the death penalty as punishment for the crime of blasphemy. More recent reactions to insensitive religious statements have included the murder in 2004 of Dutch film-maker Theo van Gogh after he made a film dealing with violence against Islamic women. The fatwa placed on the head of Salman Rushdie, the author of the Satanic Verses by the Iranian government is arguably the most well known case of its kind. Similarly the 2005 prosecution of and conviction in absentia of Austrian author Gerhard Haderer for depicting Jesus Christ as a hippy junkie in his comic book,  The Life of Jesus, further shows the general un-approving consensus against blasphemy.

Although there is a trace of censorship regarding blasphemy, most available legislation are lacking because in each country the laws only protect the main religion practiced. For example blasphemy laws in Middle Eastern countries do not predominantly extend its protection to other faiths apart from Islam. While in a country like Italy, there is an argument that Italian laws against insult to religion and its application appear to protect only Roman Catholicism.

In most societies, it is an offence to use expressions that threaten, deride or degrade on the grounds of race, color, national or ethnic origin or sexual orientation. However, in most instances, that provision does not appear to have been used against statements offensive to religion. The irresponsibility of such legislation is even more apparent when one considers that slander against sexual orientation is more important than slander against religion.

The world is getting smaller and every country has people of different religions lawfully living within its borders. And as civilized individuals we must learn to live beside and respect every one of those beliefs. No religion should be subjected to jest on a lawful, public arena. Ideally countries might consider passing legislation that prohibit public insults or any offensive conduct that shows contempt for any religious creed and its doctrines of worship.

In addition to the laws, people must increase their understanding and receptivity to diverse religions. A very clever man called Albert Einstein once said, “Laws alone cannot secure freedom of expression; in order that every man present his views without penalty there must be spirit of tolerance in the entire population”. For peaceful coexistence in this global village, we should at least avoid gratuitous insults on people’s identity because they hurt and incite. Caution should be used in delineating delicate topics. By applying heed, this precious freedom of speech is not challenged.

If our belief in free speech is absolute, our assent in anti-racism should be no less so. The right to offend must come with at least a consequent right and a subsequent accountability. If film makers have the rights to offend then the recipients of that offence similarly have the right to be offended. While we recognize that expression is not impotent, we must recognize that listeners and viewers are not impotent either. And any unconscious assumption of the passivity of reception neglects the fact that resistance begins with reaction, reaction begins from the offence.

While there is no justification for the vehement reaction from the Muslim World, where people not in any way involved with the making of the offensive film are being hounded targeted and murdered, the blood of those who have died as a consequence is as much on the hands of those involved with the film and the ignorant, untaught, bigoted degenerates who encourage the denigration of another’s beliefs as it is on those who actually committed the murders. Rather than unleash the type of violence we are witnessing, the countries and communities offended by the film may have applied a similar approach as the 2005 effective boycott of Danish products and export when the Danish newspaper, Jyllands-Posten published a number of cartoons considered offensive to Islam.

It’s hard to imagine anything but cynicism, mischief and provocation being behind the content and message of this revolting and disgraceful
video, especially if, as reports claim, the religious charity, Media for Christ, was responsible for the movie. As a religious organization, they, more than anyone, should understand the sensitivities and emotions that accompany insults to religion.

The present backlash from this controversial film by took months to escalate to the sorry level it is at today. This just goes to show how enduring such sensitivities can be. Eventually the controversy surrounding the film will come to pass, but not before the overprotection of expression is brought to its knees. And it may not be such a bad thing because the regulation might augment the diversity and range of public discourse and enhance respect and recognition of heterogeneous religions. Let’s hope that in future, expression is not used to hurt but to heal the diversity of the Christian, Muslim, Jewish, Hindu, Buddhist and other religions of the world.