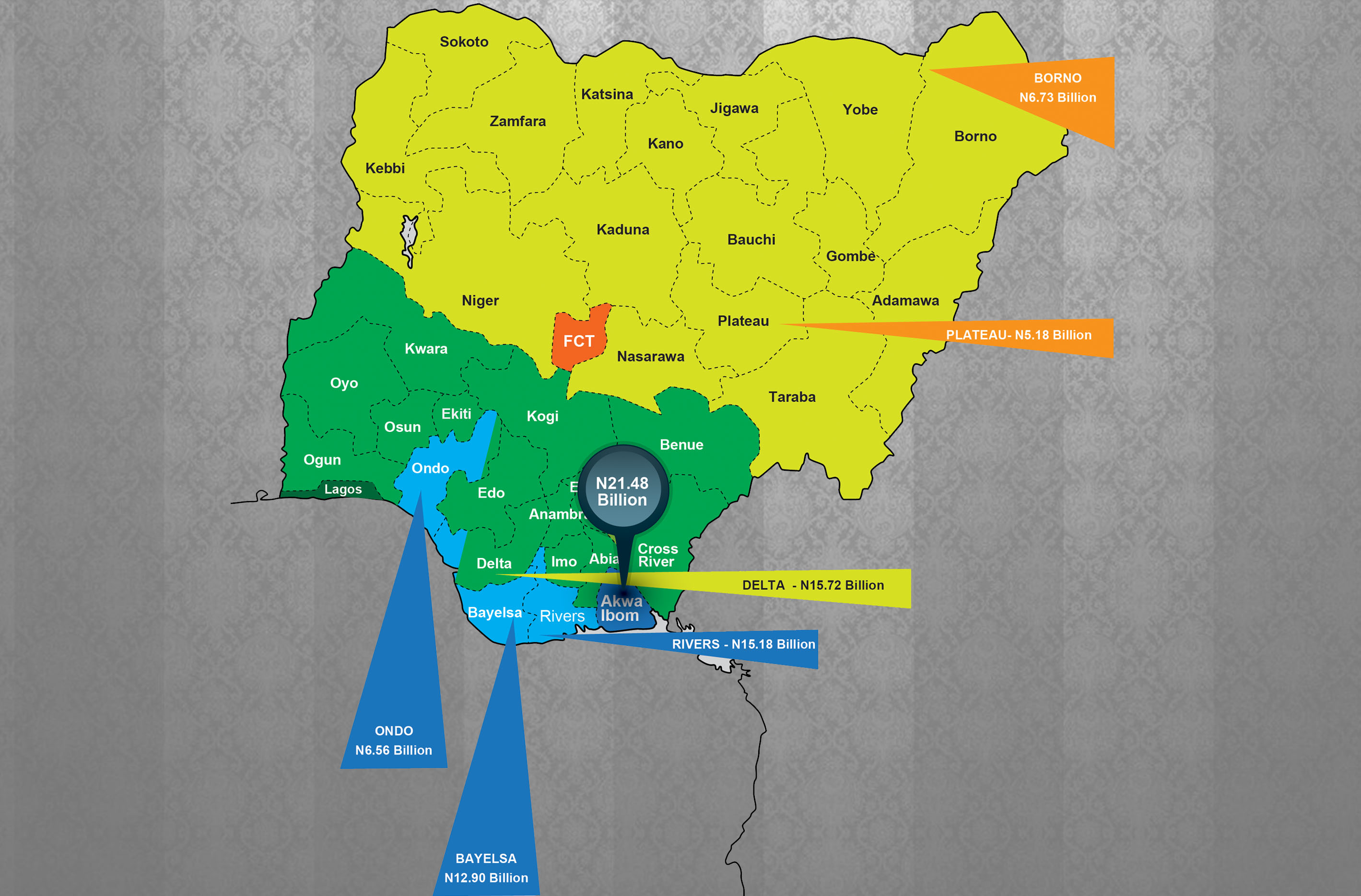 FAAC REPORT – Revenue allocation to states and LGA for December 2013, shared in January 2014

The three tiers of government in the country [Federal, State, and Local Councils] enjoyed an expanded take-home income from the Federal Account Allocation Committee [FAAC] in the month on December. The FAAC says it shared N581.498 billion between the Federal, States and Local governments. The amount for December is less than the previous month of November which was N675, 650billion.

The gross revenue collected in December was N64.725 billion.

The Minister of State for Finance, Dr Yerima Ngama, announced that the amount originally budgeted for the month was N623.768 billion, however the figure actually distributed was N473.607 billion (amount excluding refund by NNPC, VAT, and fund from SURE-P).

(This is demonstrated clearly in the table below). 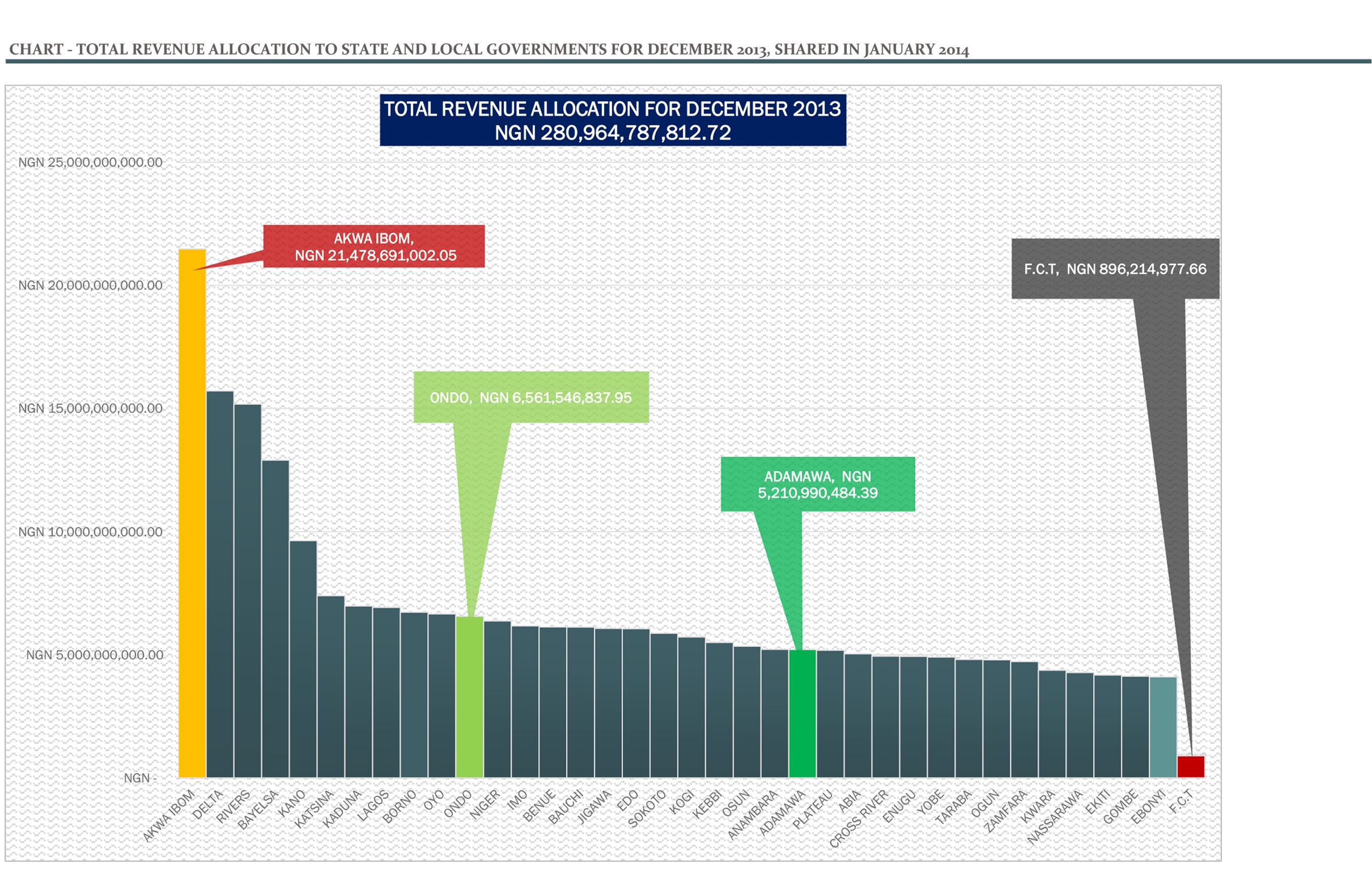 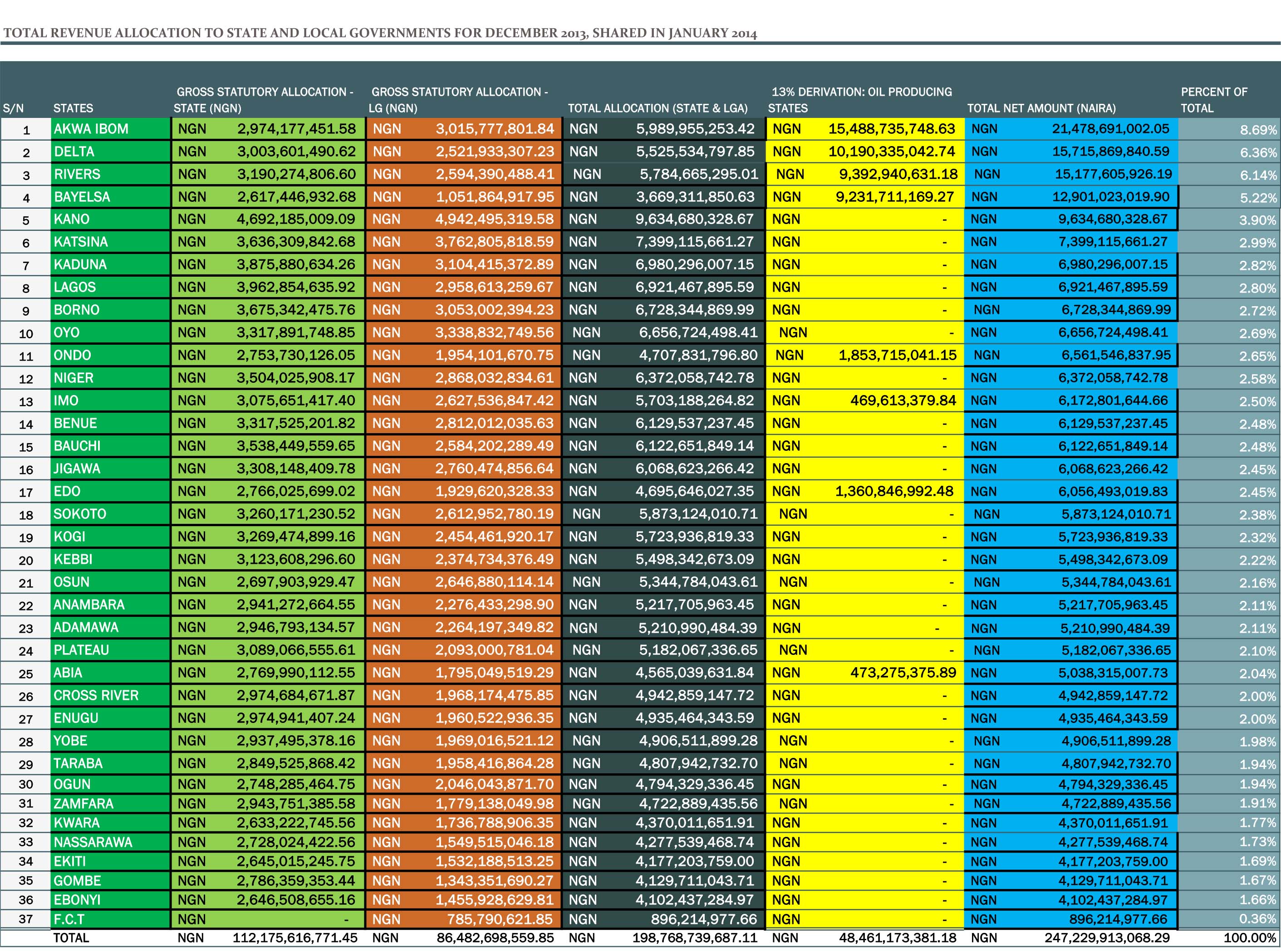 FAAC REPORT – Revenue allocation to states and LGA for JANUARY 2014, shared in FEBUARY 2014

FAAC REPORT – Revenue allocation to states and LGA for June 2013, shared in July 2013