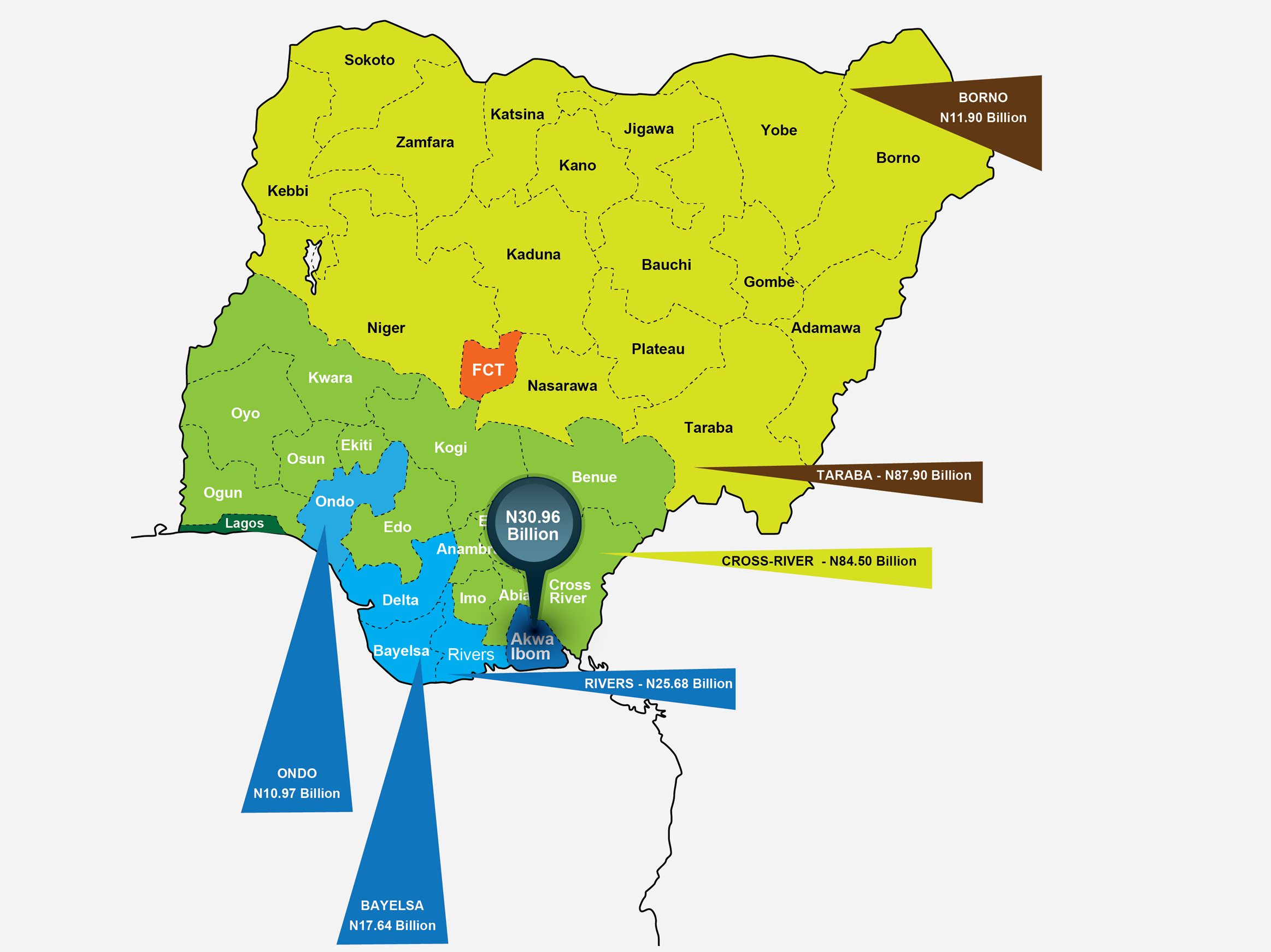 The three tiers of government in the country [Federal, State, and Local Councils] enjoyed an expanded take-home income from the Federal Account Allocation Committee [FAAC] in the month on November. The FAAC says it shared N675.650 billion between the Federal, States and Local governments, and that this sum includes value added tax (VAT) of N91.73 billion.

The gross revenue for November 2013, confirms that there was an increase of N25.384 billion when compared to the October figures.

A breakdown of the distribution indicated that the Federal government received N252.2 billion (52.68%), while the State received N127.939 billion (26.7%) and the Local government received N98.64 billion (20.6%). Furthermore, a total of N56.390 billion representing 13% derivation revenue was shared among the oil producing states. (This is demonstrated clearly in the table below).

The allocation includes the distribution of N7.617 billion refunded by the NNPC. Also, the sum of N35.549 billion is offered for allocation under the SURE-P Programme.

Mineral revenue for the month was N490.765 billion, while N56.998 billion was transferred to the Excess Crude Account (ECA), Petroleum Profit Tax (PPT) and the Oil Royalty account. Thus total fund in the ECA a

FAAC REPORT – Revenue allocation to states and LGA for JANUARY 2014, shared in FEBUARY 2014

FAAC REPORT – Revenue allocation to states and LGA for December 2013, shared in January 2014

FAAC REPORT – Revenue allocation to states and LGA for June 2013, shared in July 2013