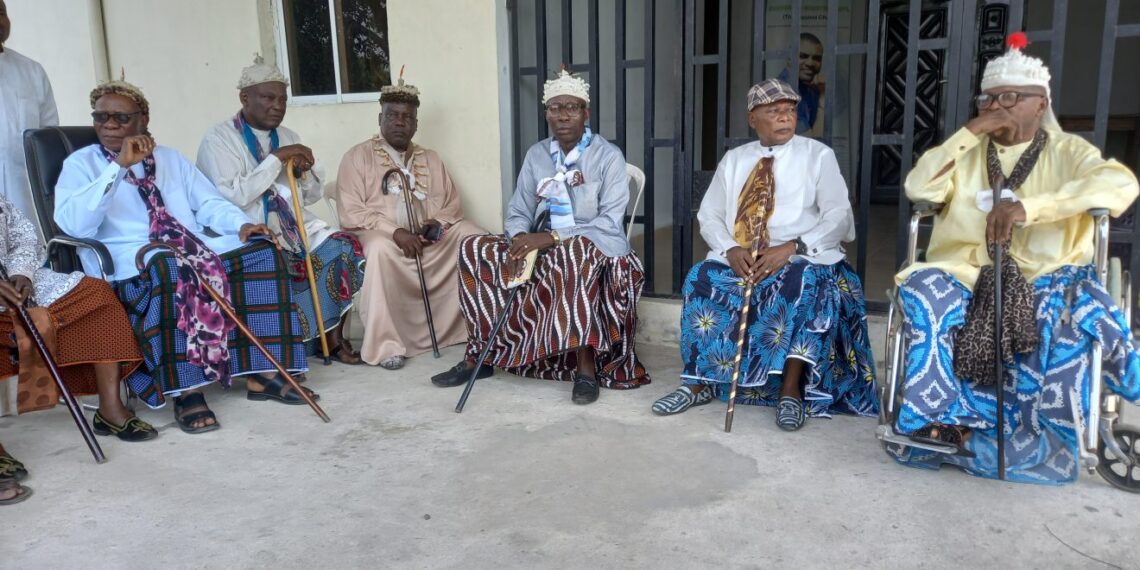 “You can see soldiers everywhere.”

Traditional rulers in Calabar Municipality, Cross River State, on Wednesday protested the locking of their secretariat within the precinct of the local council secretariat.

The paramount ruler of the municipality, Eta Eteta, who addressed reporters in front of the secretariat, said no reason was given for the lockup.

The traditional head of Calabar Municipality said the clan heads of the council area were to meet with the governorship candidate of the Peoples Democratic Party (PDP), Sandy Onor, when they discovered that their place of meetings was looked up.

According to him, “We had received a notice from the PDP governorship candidate that he will meet with us by 2 p.m. in our secretariat which is usually where we hold all our functions and activities.

“As you can see yourself, the secretariat is locked up, and the chairman didn’t tell us why and you can see soldiers everywhere also.”

The council chairperson did not respond to calls seeking comment on the matter.

However, a source in the council said the authorities gave an instruction that the secretariat should be locked up.

“They also gave a directive that no meeting of whatever kind should take place in the Secretariat.

“I am working based on a directive,” the source stated.

Asked if there was any issue with the secretariat, he said, “There is no issue here, the traditional rulers met here this month of January.”

NAN reports that the PDP governorship candidate, Mr Onor has been campaigning around the 18 local government areas of the state.

He was to conclude a tour of the council areas with campaigns in Calabar South and Calabar Municipality on Wednesday.

In his campaign to the council areas, he meets with the traditional rulers of each council and holds a meeting with a cross-section of residents before the rally in the area.

The Cross River State Government is led by Ben Ayade, a member of the All Progressives Congress.

We will no longer tolerate strikes, riots around airports — Aviation minister