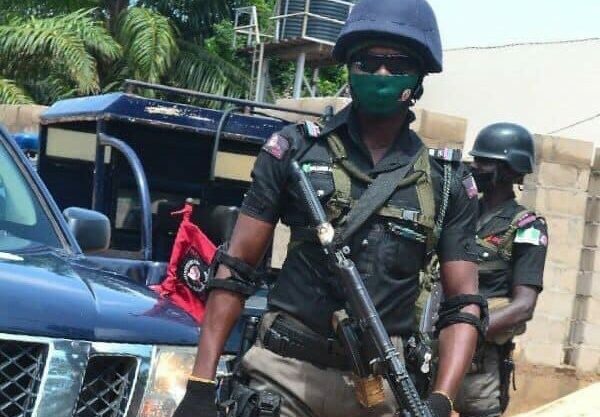 Confusion over alleged kidnap of woman in Abeokuta

Oyindamola Ijietemi was rumoured to have been abducted in Oke Ilewo in Abeokuta, the capital of Ogun State

A video on social media showing a young woman bound hands and legs and pleading for mercy from her unseen captors has created public anxiety in Abeokuta, Ogun State.

The woman identified as Oyindamola Ijietemi was rumoured to have been abducted in Oke Ilewo, a commercial area in the state capital.

But the police have suggested that the incident might have been faked for yet-to-be-clarified reasons.

She was said to have left home on Monday but went missing after making a transaction at Polaris Bank in the area.

Barely 24 hours after, the video surfaced on social media showing her with her hands and legs tied and begging for pity from her captors.

One of the social media users who posted the video, Akintunde Babatunde, wrote,” The above video was sent to her family according to the information I gathered. She was kidnapped in front of Polaris Bank Abeokuta, where she entered a taxi.

“They are using her phone to chat with people while requesting a 5 Million ransom.”

But when PREMIUM TIMES contacted him around 11:07 a.m. on Wednesday, Mr Babatunde did not mention if a ransom was eventually paid but said the victim had been found.

“Good news!! She has been found. I appreciate everyone for the prompt response. May God Almighty keep us and our loved ones safe.”

Contacted, the police spokesperson, Abimbola Oyeyemi, said they were not sure that Ms Ijietemi was abducted as claimed, adding that “she has been picked and interrogation is on to unravelling what happened exactly.”

The police spokesperson did not, however, say if other suspects were arrested with the woman but said the police would issue a statement after ascertaining the facts.