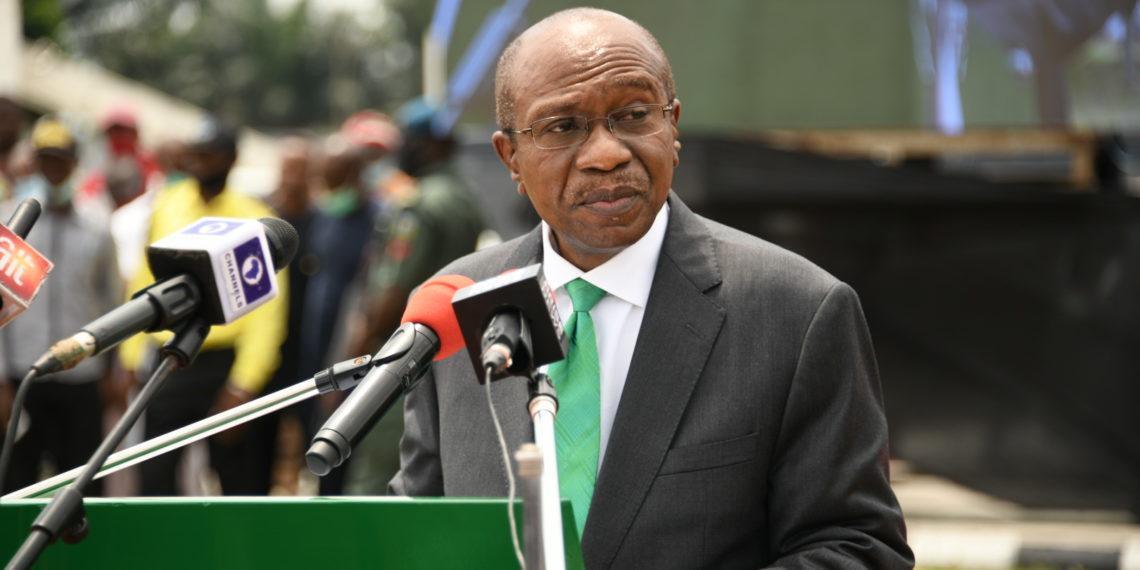 A lawmaker had alleged that some government agencies misappropriated N89.09 trillion collected as stamp duty.

The Central Bank of Nigeria (CBN) has said that the total revenue collected as stamp duty in the last six years is N378.7 billion.

The CBN governor, Godwin Emefiele, made this disclosure at the end of the Monetary Policy Committee (MPC) meeting in Abuja.

Mr Kazaure, who represents the Kazaure, Roni, Gwiwa, Yankwashi Constituency of Jigawa State, accused the government agencies of sabotaging the efforts of the Presidential Committee on the Reconciliation and Recovery of All Stamp Dutiess in the country.

In its response, the presidency in a statement by the Senior Special Assistant to the President on Media and Publicity, Garba Shehu, described the claim as a figment of the imagination of Mr Kazaure, who claimed to be the secretary of the committee.

On Tuesday, Mr Emefiele debunked claims made by the lawmaker.

“CBN will not join in heating the system. We wrote to banks to give us in their letter headed papers and sign it how much they have collected from stamp duty from 2016 to date,” he said.

“Total assets of all banks are N71 trillion; total deposits in banks is N44.49 trillion. From 2016 till date, stamp duty collection has amounted to N378,686 billion.

READ ALSO: Inside the multi-million-dollar business dispute between Emefiele and ‘brother-in-law’

“The Federal Inland Revenue Service has disbursed N226.451 billion of the money to the Federation Account Allocation Committee, while the balance of N144, 235 billion is in the CBN.”

According to him, the highest revenue collection through stamp duty is N71 billion, collected by First Bank.

Mr Emefiele said CBN has appointed four leading audit firms, including KPMG, PWC, Deloitte and one other, to go into the books of banks to verify if there was any unremitted revenue from stamp duty.

“If there is any uncollected stamp duty, the banks will pay to the last kobo,” he said.