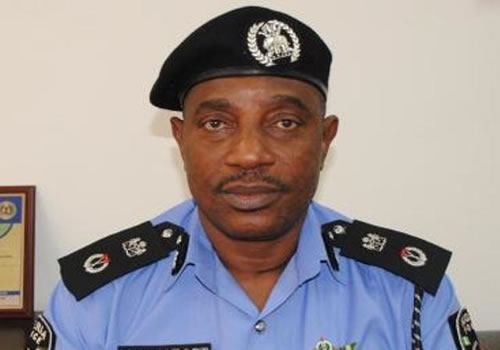 If confirmed by the Senate, Mr Arase will succeed Musiliu Smith, another former IGP who resigned under controversial circumstances last year.

President Muhammadu Buhari has appointed Solomon Arase, a former Inspector-General of Police, as the Chairman of the Police Service Commission (PSC).

The president made this known in a letter to the Senate on Tuesday wherein he sought the lawmakers’ confirmation of the former IGP.

In the letter read out by the Senate President Ahmad Lawan, the president said the appointment and request for Senate confirmation is in accordance with Sections 153(1) and 154(1) of the 1999 Constitution as amended.

Mr Arase, who hails from Edo State, retired as the head of the Nigeria Police about a year after Mr Buhari assumed office.

He was appointed by former president Goodluck Jonathan.

Before his appointment as IGP, Mr Arase was head of the topmost intelligence gathering unit of the Nigerian Police, the Criminal Intelligence and Investigation Bureau.

Born in 1956 in Edo State, he attended Ahmadu Bello University and graduated with a political science degree in 1980. He was recruited into the Nigerian Police a year after on 1 December, 1981.

Mr Arase served in various capacities – as Commissioner of Police in Akwa Ibom State as well and in the intelligence gathering unit as Assistant Inspector General of Police He is a Fellow of the Nigerian Defence Academy and had served in Namibia during the United Nations peacekeeping operation.