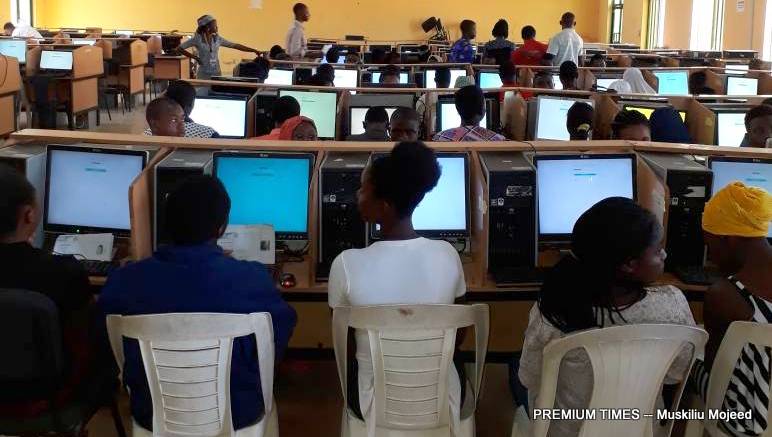 Over a million candidates are expected to take part in the annual computer-based test used to rank admission seekers into Nigerian universities.

About one week after the commencement of registration for the 2023 Unified Tertiary Matriculation Examination (UTME), the Joint Admissions and Matriculations Board (JAMB) has registered a total 92,490 candidates.

JAMB, which disclosed this in its weekly bulletin released on Monday, said the registration, which began on 14 January is expected to continue until 14 February.

Over a million candidates are expected to take part in the annual computer-based test used to rank admission seekers into Nigerian universities.

According to the breakdown provided by JAMB, Lagos topped the list with 10,974 candidates; Kaduna State with 9,443 candidates, while the Federal Capital Territory (FCT) is credited with 9,157.

The examination body also disclosed that a total of 25,162 of the candidates registered for the board’s mock UTME usually conducted before the actual tests.

This year, JAMB introduced a N1,000 fee to be paid at the point of registration for candidates who indicate interest in taking part in the mock UTME. JAMB said it deployed this strategy to curb losses for CBT centre owners when candidates fail to show up for the mock UTME thay had expressed interest in.

JAMB said the computer-based UTME test will be held between Saturday, 29th April and Monday, 12th May. The agency also fixed Thursday, 16th March 2023, for the conduct of the optional mock UTME.