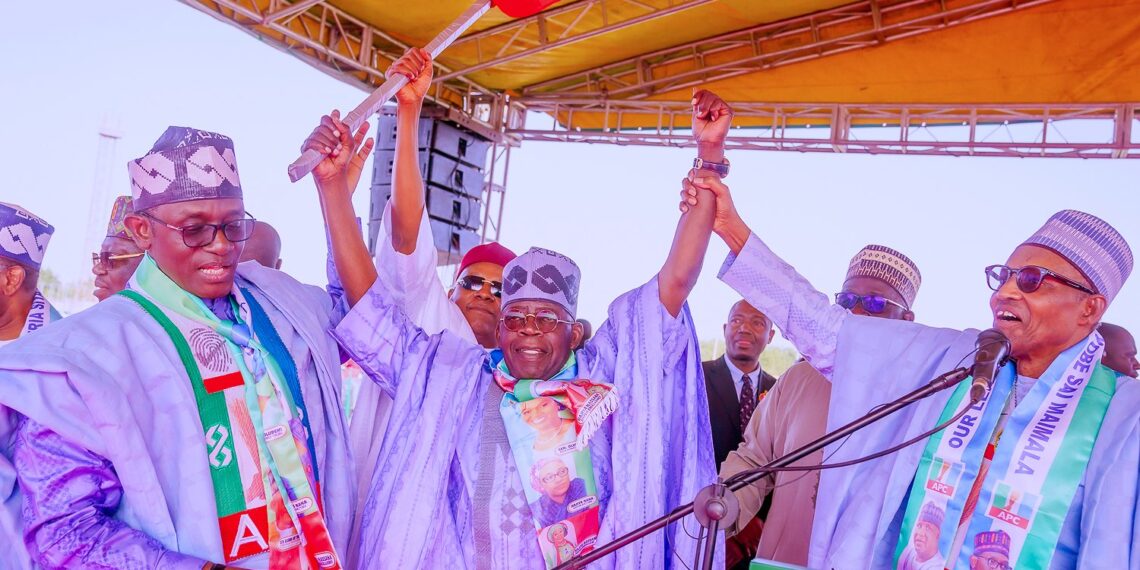 The APC presidential campaign team will be in Abia and Ogun States between Tuesday and Wednesday.

President Muhammadu Buhari is expected to lead the All Progressives Congress (APC) presidential and governorship campaigns in Bauchi State on Monday.
A statement signed by the spokesperson of the APC Presidential Campaign Council, Bayo Onanuga, and made available to journalists in Abuja on Sunday, indicated that the campaign is expected to hold from 8.30 to 11.30 a.m., on Monday.

“Buhari is also expected in Lagos on Monday to begin a two-day visit.

“The president is also expected to inaugurate the Lekki Deal Sea Port, a Public-Private Partnership (PPP) venture between the federal and Lagos State Governments and a private company called Tolaram.

“He would also inaugurate the 32-metric tons per-hour Lagos Rice Mill, one of the largest in the world and the 18.75-kilometre six-lane rigid-pavement Eleko Junction to Epe Expressway,” Mr Onanuga said.

He added that the president is also expected to inaugurate the first phase of the iconic Blue Line and the John Randle Centre for Yoruba Culture and History.

Mr Onanuga said for the APC, the presidential candidate campaign team would be in Abia and Ogun States between Tuesday and Wednesday.

According to him, it will be a busy week of electioneering as the candidate and his running mate will also visit Benue and Taraba States for the campaign on Thursday.

He stated that the campaign train would return to Abuja by Friday to launch the All Farmers Progressive Association and inaugurate tractors for members.

“The event would be performed by Kashim Shetima, the vice presidential candidate.”

“On the same day, Shettima will hold a Town Hall meeting with Livestock Development Group.

” APC would consolidate on President Buhari’s huge gains in agriculture by setting up commodity exchange market across the six geo-political zones.

“The last political rally is billed to be held in Zamfara State on Saturday, ” he said.

The battle for the souls of our children, By Ayo Akerele