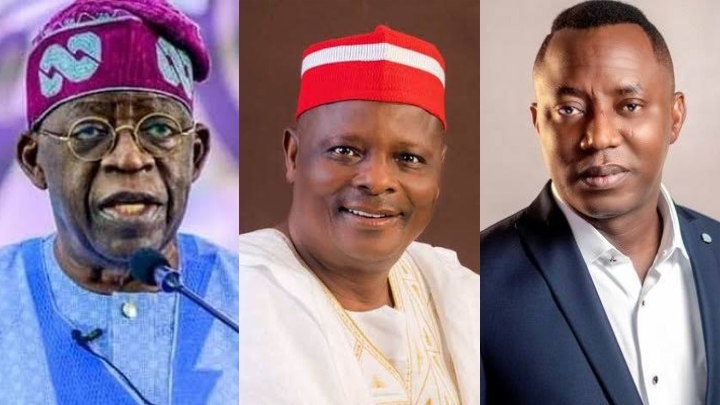 The signing of the peace accord was organised by the National Peace Committee.

The presidential candidates participating in the 25 February election have signed a second peace accord.

The accord, organised by the National Peace Committee, was signed in on Friday at Transcorp Hilton in Abuja.

The presidential candidate of the All Progressives Congress (APC), Bola Tinubu, who did not attend the first peace signing, attended the signing alongside his running mate, Kashim Shettima, and APC Chairman, Abdulahi Adamu.

Other candidates that attended the signing include Omoyele Sowore of African Action Congress (AAC), Rabiu Kwankwaso of the New Nigeria Peoples Party, NNPP, and others.

However, the candidates of the Peoples Democratic Party (PDP), Atiku Abubakar and that of Labour Party (LP), Peter Obi, did not attend the event. Atiku was represented by his running mate, Governor Ifeanyi Okowa of Delta State.

The Chairman of the Committee and former Head of State, Abdulsalami Abubakar, in his speech, admonished the candidates to moderate their speeches to ensure a peaceful election.

Mr Abubakar praised the Independent National Electoral Commission (INEC) for the improvement in the electoral process. He added that the meeting with the candidates is not about accusations and counter accusations.

“I appeal to you all to be moderate in your language, show respect to the views and concerns of one another and listen to the concerns expressed. We are not here to find out who is wrong, but what is wrong and to see how to correct it.

“We are pleased that there are measurable improvements and that INEC is assuring us that it has resolved some of the areas that have often caused violence.

“The security agencies have also continued to give us assurances. Our hope is that you can raise your areas of concern and let us see what can be done to instil confidence in this process.”

There was a mild drama at the event as Mr Sowore protested the sitting arrangement for the candidates and asked that they should be allowed to sit alphabetically.

“The sitting arrangements should have been alphabetical, I note that this same thing happened at the ICC during the signing of the peace accord and this is not fair,” he said.

Mr Abubakar intervened and told Mr Sowore that his concerns are noted.

The meeting was subsequently moved to a closed door after the presentation by the Chairman of the Committee.

The first peace accord signing was in September 2022.

The presidential election holds on February 24 with 18 candidates participating.