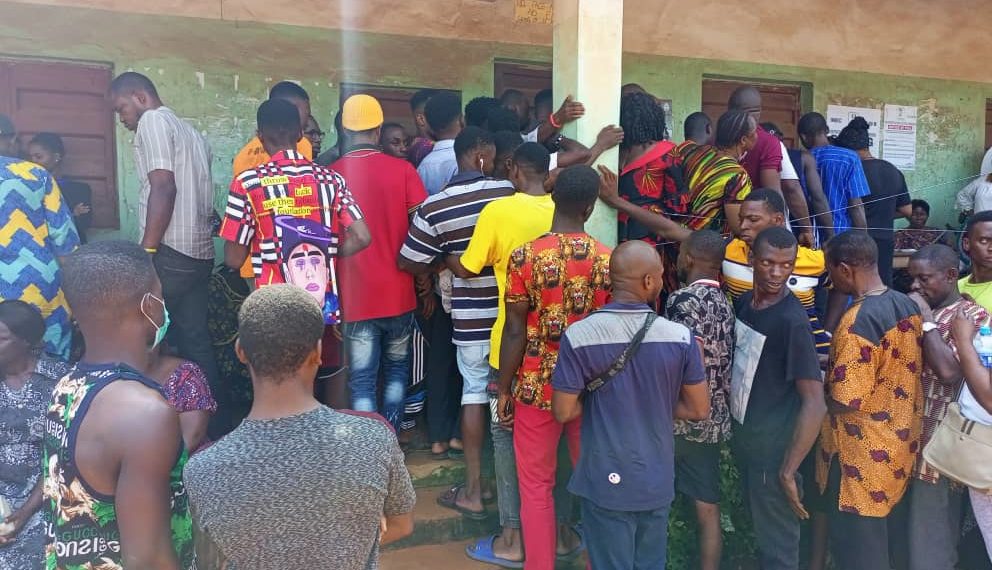 It is almost impossible for one party to win every election and take total control of the executive and legislative arms of government.

Election coverage in Nigeria tends to get skewed towards the presidency, expectedly because of the tremendous influence and powers that the office comes with. The 2023 election is another milestone election because the absence of any former heads of state or incumbent presidents means there will definitely be a new addition to the list of Nigeria’s leaders. But focusing on the presidential election alone would be mistakenly disregarding the other important elections that are taking place and, in some cases, much more impactful to Nigerians at certain levels. That is why it is important for citizens to avoid fixating strictly on the presidential elections, and also make sure they are informed about the other 1,487 elections taking place in February/March 2023.

Despite the marked progress in Nigeria’s democracy, there are still many issues that need to be addressed. Among these include a current preoccupation with names over party, with politicians able to move across parties despite campaigning firmly for another platform. In some cases, reviewing the manifestos by all these parties often show disparities and disagreements in policy and proposal. Yet, there are still many supporters that follow leaders who might not be in parties in consort with their politics.

This leads to questions about how extensive manifesto promises are. It is important to make sure that policies are compatible between federal and state candidates and to see where there are existing links.

For example, the recent set of constitutional amendments has only been passed by 11 states, which is short of the two-thirds (24 states) needed for the bills to become law. There has been little or no coverage concerning how parties intend to either salvage or change course in the next session of the National Assembly. Furthermore, despite these bills passing an APC-led legislature, several states controlled by the same party have failed to pass the amendment for varying reasons. These include Nasarawa, home of the party chair, and Borno, home of the party’s vice-presidential nominee. The governors in those states are seeking re-election, which begs one to wonder if any of these situations will change if the APC government is successful in getting elected.

Similarly, candidates from other parties, and at all levels, have made pledges concerning constitutional reform and government restructuring. Yet, these promises have occasionally gone at odds, especially in cases where presidential and gubernatorial nominees have made promises in areas expected to be contested when legislative lists are revisited next time.

Ultimately, this still boils down to conversations and discussions about where responsibilities lie. There will be decisions on the extent of federal and state delineations concerning legislation, and to what extent local government autonomy can/should be incorporated. But it would be myopic to focus strictly on the presidency, and not take into account the other aspects of government that could make or mar any presidential ambition.

Regardless of the appeal of a candidate or a party, it is near impossible for one party to win every election and take total control of the executive and legislative arms of government. In fact, according to the original candidate list released by the Independent National Electoral Commission (INEC), no party is fielding a candidate in all 360 federal constituencies. It is why it is important to also take stock and notice of the candidates seeking to be elected at those levels of government. It is why parties should also play their part by also outlining proposed legislative agendas if they are elected into office. It will add to discussions around the feasibility and practicality of several proposed policies, especially those that will require legislation to carry out. It may play a part in causing or averting a divided government – which, more than any other time in Nigerian history, is an actual possibility in the coming election.

While not in the conventional architecture concerning checks and balances, state governors and the house of assembly positions play a part in implementing proposals – as already seen with the currently stalled amendment process. But, if there is restructuring carried out as proposed by most presidential nominees, these officeholders will see a much more prominent place in the governance structure. Policies to implement potential proposals, such as state police and state judicial councils, would definitely be carried out by these leaders and monitoring agendas will also help in properly evaluating progress and growth.

The last reason for such monitoring is the high turnover in Nigerian government spaces. Despite the longevity of several names in the political space, there is quite a high turnover in many positions. Governors are limited to two terms, while 70 per cent of lawmakers only serve a single term. This means that manifestos should outline plans for the immediate term while setting foundations for a longer-term vision. These proposals ordinarily tie into the ideology of the party and should make it clear when politicians defect for practical reasons or simply for political survival. Eventually, it should help in outlining and taking us one step further to a more civic-minded and politically aware society.