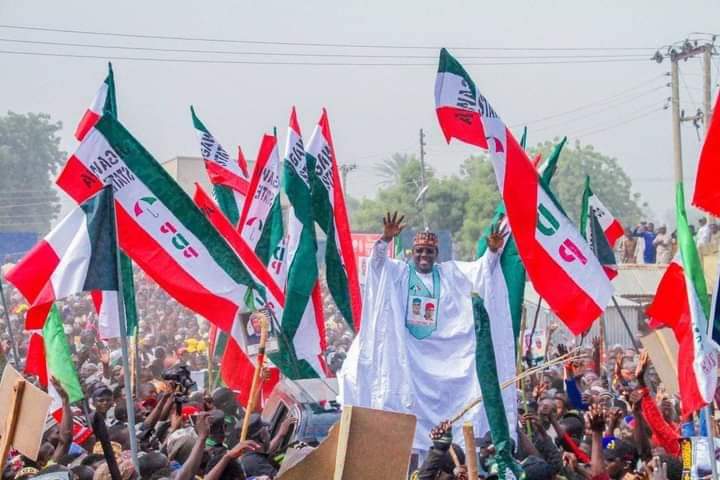 The PDP flagged off its campaign in Dutse, the state's capital, on Tuesday.

Hours after three of his supporters died in a fatal road accident while travelling to attend the flag-off of the campaign of Mustapha Lamido, the governorship candidate of the Peoples Democratic Party (PDP) in Jigawa was cheerily dancing at the rally to excite a crowd of his party’s faithful.

On Tuesday, the PDP in Jigawa officially flagged off its campaign. The event was attended by thousands of the party’s supporters from across the state.

Residents identified the deceased as Shuaibu Horo; Salisu Dan-Nepa; and Yunusa Danboka all of the Tarabu Community in the Kirikassamma Local Government.

As the news of the accident broke on social media, Mr Lamido was seen dancing at the rally to the music of a local entertainer, Nazir Ahmad. The jubilant crowd hailed him while miming the song, whose Hausa lyrics partly translate as “we must defeat the All Progressive Congress (APC).

However, after the event, Mr Lamido posted a condolence message addressed to the families of the deceased.

“I am sending my condolences to the family and friends of my supporters who lost their lives in an accident on their way to Dutse for the campaign flagging, Mr Lamido posted.

During the campaign, Mr Lamido said, if elected, he would tackle unemployment. He also promised to prioritise women’s empowerment.

He promised to revise and increase the number of beneficiaries in the monthly payment of the polling unit development fund initiated by former governor Saminu Turaki.

“If elected unity of state will be among my priorities while the annual flooding ravaging the state will be checked. Health and education and human capital development will also receive high priority, Mr Lamido said.

A 1930s debate: “Surplus women” in Nigeria, By Tayo Agunbiade