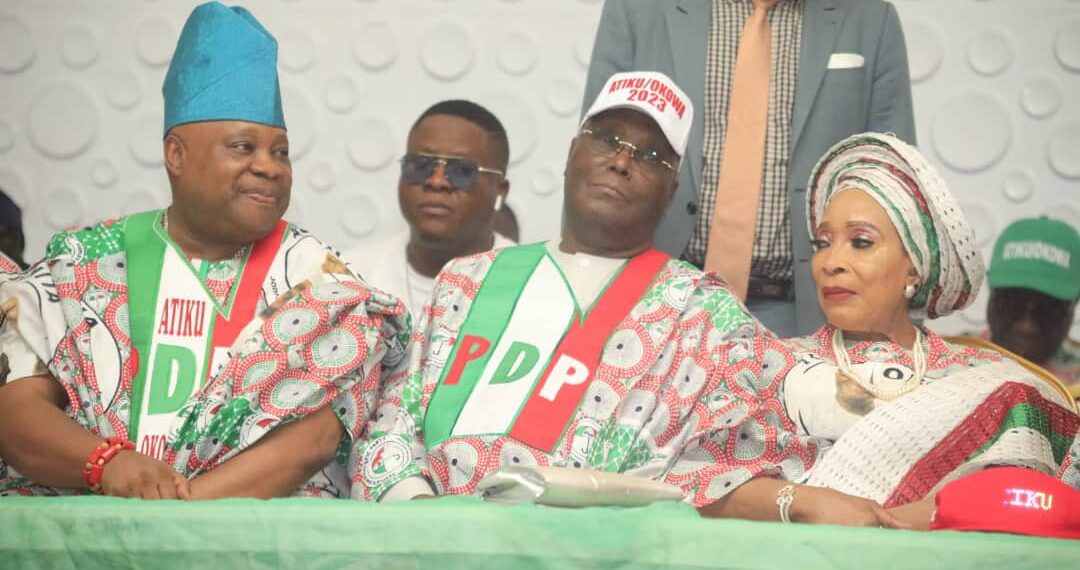 Atiku says he will fight insecurity and other challenges facing Nigeria with his restructuring agenda.

The presidential candidate of the Peoples Democratic Party (PDP), Atiku Abubakar, on Wednesday said he will fight insecurity and other challenges facing Nigeria with his restructuring agenda.

Atiku promised that he will begin to implement his restructuring plans for the development of the country immediately he is sworn in as president.

The former vice president made the pledge at the PDP mega rally held in Osogbo.

“Our only objective is to make sure that current challenges of insecurity, disunity, economic deprivation, lack of jobs to our youths and the future of this country through restructuring can be achieved, these I promise you. I am going to start doing them from day one in office,” he said.

The presidential hopeful appealed to residents of the state to support his ambition, promising that he will not betray their trust.

“I appeal to you to come out in great numbers like you did in the last state election and vote PDP in the next year’s election. That is the only way you can secure your future and that of your children,” he added.

“We will not fail you, we are not like APC, we have done it before, we have the experience and capacity to bring the needed changes. We are not new as far as governance is concerned in Nigeria,” Mr Abubakar promised.

In his remarks, the state governor, Ademola Adeleke, described the PDP presidential candidate as an experienced politician who has the qualities to resolve Nigeria’s challenges.

“The experience of the PDP presidential candidate is so enormous, when he served the country as the Vice President, he was the one that stabilised the economy, he made it grow, we need someone like him to steer the affairs of the country,” he said.

“When elected, Nigeria will grow from strength to strength. Emergence of Atiku will unsettle evil in this country because he has the fear of God,” the governor added.

Mr Adeleke also promised that Atiku as president will end insecurity in the country.

“He will govern Nigeria with rule of law and due process. I have been speaking to him on the issue of security and he promised to find a lasting solution to the challenges. He will end the kidnapping,” he said.