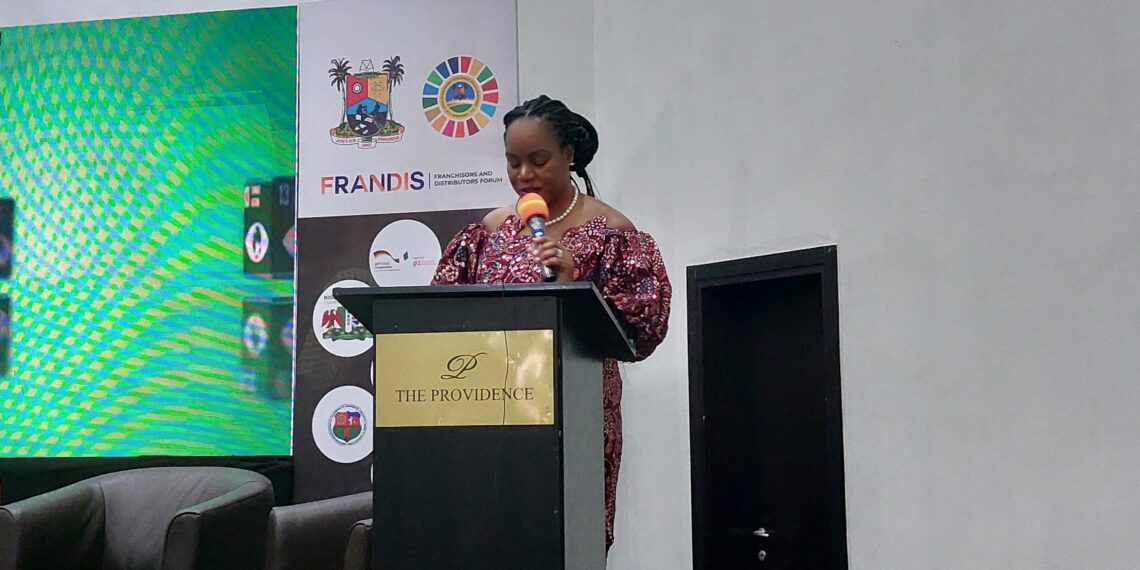 The Lagos State Government has launched the Lagos MSMES Franchise Framework Initiative as part of its efforts to promote franchising in Nigeria aimed at achieving the United Nations Sustainable Development Goals (SDGs).

The initiative was launched Tuesday by the Lagos State Office of Sustainable Development Goals (SDGs) and Investment.

According to the Special Adviser to the Lagos State Governor Babajide Sanwo-Olu on SDGs and Investment, Solape Hammond, the initiative is in collaboration with the Franchisors and Distributors Forum (FRANDIS).

She said the programme will kick off with a workshop for 300 Lagos MSMEs on franchise awareness, process and structure.

She further noted that after the workshop, 20 MSMEs with the highest potential will be selected to expand into a franchise for Franchise Support and Roll Out, which she noted will involve working directly with the SDGs office and FRANDIS to get funding, create jobs and increase capacity through their businesses.

Mrs Hammond said franchising is an excellent route to growth that can open up new opportunities and markets for many businesses “particularly in a society like Nigeria where company reputations are highly valued, therefore, operating under a trusted brand name puts one ahead of the competition in many ways”.

She added that the state is now encouraging investors to set up franchises, saying Lahos is “among the top ten largest growing economies in the world, contributing over 30 per cent Gross Domestic Product (GDP) to the country and creating more than 2 million direct jobs annually.”

Objectives of the initiative

In his remarks, the founder of FRANDIS Forum, Tayo Adedugbe, noted that the goal of the initiative is to “support the development of franchising as a viable model for helping MSMEs scale their businesses, attract investment, expand across the state and internationally and create new jobs while stimulating and diversifying the economy”.

Mr Adedugbe noted that one of the major objectives of the initiative is the fulfilment of the UN SDGs 1 (End Poverty); 8 (Decent Work and Economic Growth); 9 (Fostering Industrial Diversification, Small Businesses, Entrepreneurship, Innovation and Infrastructure Investments); 10 (Reduced Economic Inequalities).

He said that the initiative also aims at the capacity building of MSMEs on franchising processes, facilitation of business finance for the MSMEs franchisees through commercial banks and private capital, to create awareness of the benefits of MSME franchising, business Diversification and Economic Stimulation, among others.

He added that the beneficiaries include MSMEs with an expansion potential into multi-units. MSMEs in all sectors, Investors/Entrepreneurs, Local Economies/Communities. Commercial banks and other financing institutions, Government, High school graduates and university graduates, and other MSMEs and individuals within the value chains.

In her goodwill message, Mariam Katagum, the Minister of Industry, Trade and Investment, who was represented by Ajayi-Ade Olumuyiwa, the Director of Industrial Development at the ministry, said Nigeria as the most populous country in Africa “has the potential to become the gateway for franchise development in Africa”.

While explaining the concept of franchising, she said “it is the license or permission to use the name and products of an existing business, as well as, its trademark”.

She said South Africa, for example, generates 12.5 per cent of its GDP from franchising.

Challenges of franchising in Nigeria

The Minister highlighted the major challenges hampering the growth of franchising as a sustainable business model for MSMEs in Nigeria, noting that they “range from the lack of existing franchise-specific law and regulatory framework, gaining access to funding, awareness, capacity building and the inefficient enabling environment”.

However, she noted that “the Federal Government is committed to improving the business environment in the country, as franchising allows not only expansion but an empowerment tool, which can benefit start-up companies and develop Nigeria’s Small and Medium Enterprises to bring about growth and sustainable development in the economy”.

She assured that the Industrial Development Department of the ministry will deepen the existing collaboration with the National Office for Technology Acquisition and Promotion (NOTAP) “to chart a way forward with other relevant stakeholders in addressing some regulatory clauses and disclosure documents of the Franchise Bill to be sent for passage by the National Assembly”.

The President of the Nigeria International Franchise Association (NIFA), Bankole Sodipo, in his keynote address recommends the need for Lagos to pass a franchise law, saying it will help to regulate and scale up franchising in the state.