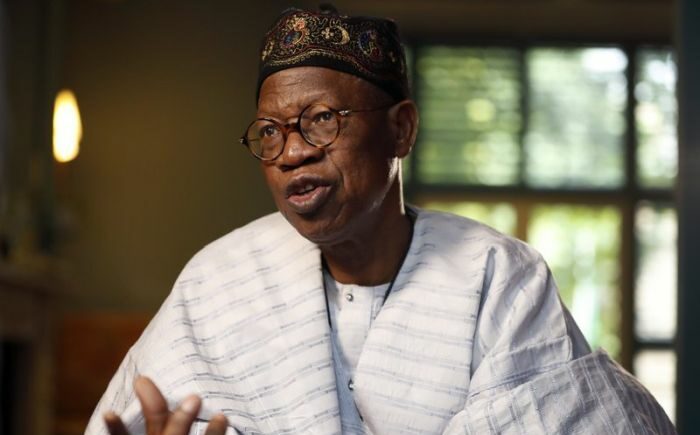 Describing the statement as preposterous during his opening remarks at the ongoing scorecard series, Mr Mohammed said Mr Abubakar could not have known better given that he "had fully relocated to Dubai, thus losing touch with Nigeria."

Last Wednesday, Atiku while trying to woo voters in Akure during his campaign rally said the current administration has done nothing for Nigeria.

“You can’t compare what the PDP has done in 16 years with what the APC has done in 8 years, they have done nothing,” Leadership newspaper quoted the former vice president as saying.

Describing the statement as preposterous during his opening remarks at the ongoing scorecard series, Mr Mohammed said Atiku could not have known better given that he “had fully relocated to Dubai, thus losing touch with Nigeria.”

Mr Mohammed said he was addressing the increasing tendency by opposition presidential candidates to downplay the ‘achievements’ of the Buhari administration, in their ‘desperation for power.’ He accused Atiku of being the ‘worst offender.’

Mr Mohammed said Atiku is in no position to accuse the federal government of doing nothing.

“Because for the 16 years of the PDP rule, eight of which Alhaji Atiku Abubakar was Vice President, there was no motorable road to the former VP’s hometown,” he said.

He said key local governments in the southern senatorial zone that served as Adamawa’s food basket and economic nerve centre also had no motorable roads until the APC took over governance of the federal government in 2015.

He said the Mayo Belwa- Jada- Ganye- Toungo road leading to the former vice president’s hometown Jada has been constructed, allowing him “access his hometown – anytime he flies in from his new hometown of Dubai.”

Comparing the current administration and the PDP-led government. Mr Mohammed said, “before this administration came into office, all five local government areas in Adamawa’s Northern Senatorial District and two in the central senatorial district were effectively under the control of the Boko Haram terrorists.”

State institutions, the local government administration, the police, the judiciary, schools, hospitals and markets had been sacked, including traditional rulers whose palaces were taken over by terrorists as their headquarters, he said.

“Today, not an inch of these local governments in Adamawa, the home state of the former vice president, is under the control of terrorists,” Mr Mohammed said.

He added that the former vice president could not go home as a result of the insecurity.

“As a matter of fact, when one of his right-hand men, Mr Adila, was killed by the terrorists, Alhaji Atiku Abubakar could not even go to condole with the family of the deceased. It was that bad,” Mr Mohammed said.

He said Atiku can now travel home freely, thanks to the Buhari administration; hence, he should not accuse the current administration of not doing anything.

“As they say, the bedwetter should not join those who are insulting the washerman,” the minister said.

Mr Mohammed also spoke about the successes of the social investment programmes of the Buhari administration in Adamawa State.

He said 29,641 Adamawa residents have benefitted from the N-POWER Programme for unemployed graduates.

Another 162,782 pupils from 1,236 schools are benefitting from the school feeding programme that employs 2,259 cooks in the state, he said.

“How many school children did the PDP feed in Adamawa or anywhere in the eight years that Alhaji Atiku Abubakar held sway as Vice President in Abuja?” he asked.

Under the Conditional Cash Transfer, Mr Mohammed gave the number of beneficiaries as 64,607 from Adamawa while Trader Moni and Market Moni have reached a total of 38,000 people.

“That’s out of 43 road projects in the North East alone. These are not phantom projects. We have the full list of the roads and can make it available to anyone who so wishes,” he said.

He said the North East Development Commission (NEDC) has either completed or is currently working on 140 projects, including the construction of classrooms, healthcare facilities and ICT training centres, in Adamawa alone.

NEDC has a total of 593 projects in the North-east, he said, and the list of projects can be made available.

“You can also see the irony of someone who held the number two position in the country for all of eight years but could not positively impact his own hometown, state or region now condemning an administration that has made it possible for him to even access his hometown – anytime he flies in from his new hometown of Dubai,” Mr Mohammed said.

He said “the administration of President Muhammadu Buhari has had a positive impact on all parts of this federation. No amount of fallacious soap box rhetoric can change this fact.”