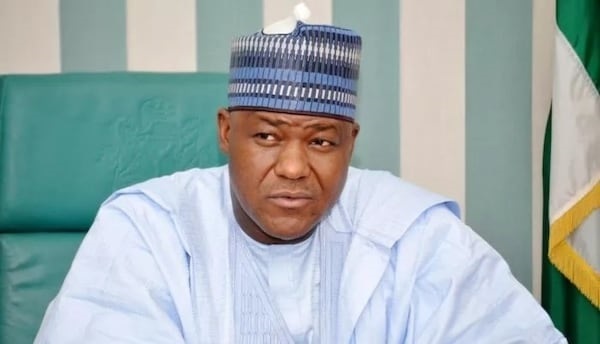 Former Speaker of the House of Reps, Yakubu Dogara.

The appointment of Mr Dogara, a member of the APC, came barely two days after he declared support for Atiku.

Former Speaker of the House of Representatives, Yakubu Dogara, has been appointed a member of the PDP Presidential Campaign Council (PCC).

The announcement of his appointment was contained in a statement by the Director General of the PDP PCC and Sokoto State Governor, Aminu Tambuwal, on Sunday.

His appointment, the PDP said, “is part of its continuous effect in joining hands with the presidential candidate, Atiku Abubakar, to recover Nigeria.”

The lawmaker, who is a member of the ruling All Progressives Congress (APC), is one of the party’s leaders of the Christian faith who have kicked against the Muslim-Muslim ticket adopted by the party – Bola Tinubu and his running mate, Kashim Shettima.

Besides Mr Dogara, others like Babachir Lawal and Adamawa senator, Elisha Abbo, have also withdrawn support for the APC candidate.

Mr Lawal, in November, endorsed the Labour Party presidential candidate, Peter Obi. He based his support for Mr Obi on the grounds that “the Obi/Datti will give Nigerians breath of fresh air and the greatest opportunity to redeem the country from the quagmire it has been plunged into by a recurring group of self-centred reactionaries.”

Mr Dogara, on the other hand, opted for Atiku.

On Friday, a group of Northern Christians that he leads, Northern Leaders Consultative Forum (NLCF), said it endorsed Atiku after the group considered and adopted recommendations contained in a report of its technical committee.

According to the report, the PDP “seems to be above board in every criterion as postulated.”

The PDP, it said, is nationalistic in spread even though not free from internal crisis like each of the other political parties.

“It is evident that the APC is heading for implosion and extinction; hence it cannot be the party for now and in the future because of its rejection to embrace inclusiveness in a diverse country like Nigeria. After the 2023 elections, APC may be dead and buried as a political party,” it read.

The group, however, added that the endorsement is subject to getting the necessary assurance from the party to run an all-inclusive government – details of which shall be discussed with the leadership of the party in the nearest future.