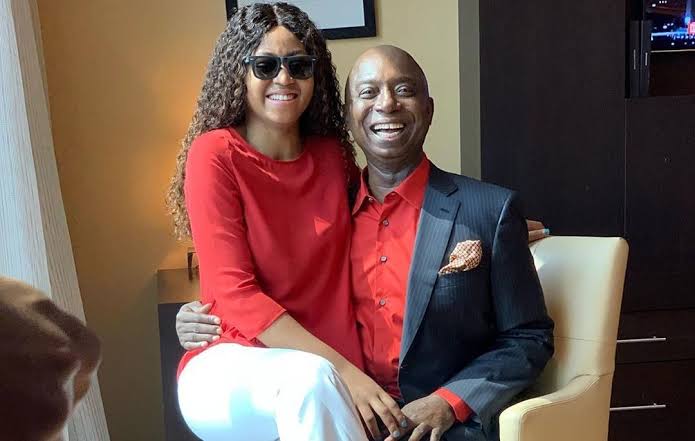 The former Nigerian lawmaker, Ned Nwoko, may not be vocal about social issues, but he does have some controversial opinions.

The lawyer and philanthropist, who is married to Nollywood actress Regina Daniels, has expressed concerns about moral decadence in Nigerian society.

In an interview with The Guardian Nigeria, Mr Nwoko, who is contesting the Delta North senatorial election, said that by refusing to marry more than one wife, men, especially those from Southern Nigeria, are pushing women into prostitution.

In his view, many women are alone without husbands, especially in the southern part of the country, a factor he said leads to prostitution.

“What some of our girls do to make ends meet is regrettable, and if our men emulate their northern counterparts by having more than one wife, that could probably change the situation.

“The average southerner may have only one wife, but many girlfriends also, and he is spending his money on the girlfriends, sometimes even more than on his wife.

“The man who has three wives, every money he makes is spent on the family, and he is likely not to have any girlfriends or concubines. The money those with several girlfriends spend on them is a gift, is not an investment in the family.”

According to the former House of Representatives member, those complaining that the North is more populated than the South have no basis for complaints.

“So, the south may never catch up with the north in terms of population. We deceive ourselves by counting cows and cattle, which is false because they depend on human beings, their children and their wives.

“All you can now do is, if any law stops you from marrying wives, it should be relaxed. Powerful can behave like your grandfathers and great-grandfathers, who were powerful men before the advent of the whites, who came and told you it should be one man, one wife.”

The politician, who holds a degree in Law and History from the University of Keele, UK, also drew similarities between himself and the Ooni of Ife, Oba Adeyeye Enitan Ogunwusi, Ọjájá II, who recently took six wives in one swoop.

In 2019, Mr Nwoko married actress Regina Daniels and now has two kids with her.

He said that aside from him and the Ooni being polygamists, their grandfathers were both in the House in the Old Western Region in the 1950s.

“The Ooni and I have a common background because our grandfathers were kings and served Nigeria in that capacity. And we are now also serving Nigeria by having many wives,” he said.

Like the Osun monarch, Mr Nwoko has six prominent wives, but they don’t live together.

Describing them as prominent women in their rights, he said they all live in different places worldwide.

“Two are in New York, in the United States (US), two are here in Nigeria, and two are in Dubai. But sometimes, they meet here (his Delta State country home); here is the meeting point,” he said.

Mr Nwoko, seeking to represent Delta North senatorial district under the People’s Democratic Party (PDP), explained that, as a rule, he travels with only one wife at a time.

“I travel with one wife at a time. Usually, like once, it happened that I travelled with Regina and Laila. But usually, I travel with the kids, the younger kids.

“I have 19 children now, and my oldest is 30. Those with my first wife are all graduates now. My last child with her made a First Class last year in England. So, they are on their own; they are independent and go on holidays with their friends, not even with their mother, who is a lawyer or me,” he added.

The politician admits that Ms Daniels is the favourite but only because she is the last. He also said that she influenced him to become more active on social media.