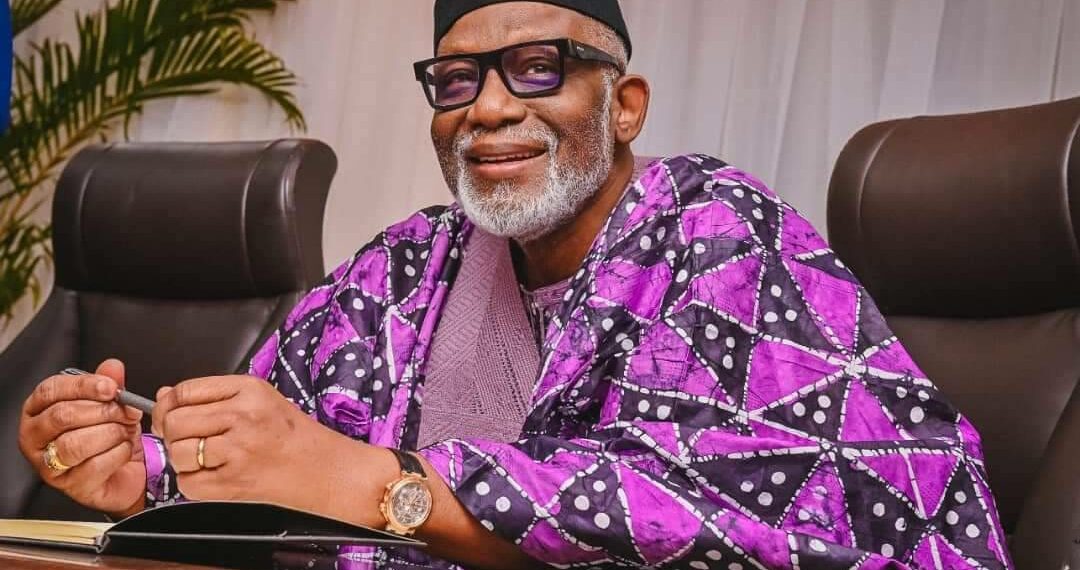 The Ondo State Government also says it does not mismanage funds meant for its local governments.

The Ondo State Government has shed light on how it spent the 13 per cent derivation fund and SURE-P refunds released to the state from the Federation Account between 2021 and 2022.

In a statement issued on Saturday, the governor’s Chief Press Secretary, Richard Olatunde, said the administration spent the funds on capital projects and to clear workers’ salary arrears.

The statement was in apparent response to the presidency’s revelation of payment of arrears of derivation funds to oil-producing states and state governments’ handling of local council funds.

In a statement issued by Senior Special Assistant to the President on Media and Publicity, Garba Shehu, on Friday, the presidency said nine oil-producing states received a total of N625.43 billion as 13 per cent oil derivation, subsidy and SURE-P refunds from the Federation Account in 2021 and 2022.

President Muhammadu Buhari, on Thursday at a parley with members of the Senior Executive Course No. 44 (2022) of the National Institute for Policy and Strategic Studies, Kuru, had accused state governors of stealing allocations to the local governments.

Mr Buhari’s assertion came 24 hours after the Minister of State for Budget and National Planning, Clement Agba, said governors had abandoned the critical demographic, preferring to spend resources on the capital cities.

Mr Agba, who said 72 per cent of the nation’s poor reside in rural communities, accused the governors of paying scant attention to the grassroots.

But Mr Olatunde said Ondo State spent the funds it received on capital projects across the three senatorial districts of the state.

He also listed the rehabilitation of over 35 kilometres of the network of roads in Akure, the state capital; the 9.5km Emure- Iporo Road and rehabilitation of 15.2km Akure phase “D” road networks have all begun; and the 10km Okitipupa-Igbokoda virgin road.

He said “these intensive capital projects” were financed from the refunds and the state’s internally generated revenue.

“The monthly FAAC receipts are devoted to the payment of salaries and pensions as agreed by Labour Leaders at the monthly meetings presided over by the Head of Service and Chairman of Joint Negotiating Council (JNC),” the statement said.

“Despite Governor Akeredolu’s vow to always pay salaries and pensions as and when due, the financial crisis across the country occasioned by the outbreak of Covid-19 pandemic resulted in non-payment of salaries in full for some months. As at January 2022, Government was owing four months salary arrears as against seven months inherited.

“Governor Akeredolu, having promised the civil servants in the state to prioritise payment of salaries, has continued to clear these backlogs of arrears. On three occasions this year, Government has paid double salaries in a month, thereby reducing the number of arrears. All salaries will be cleared before the year ends.

“If the amount expended on these infrastructural projects and payment of salary arrears is juxtaposed with the refunds, it is crystal clear that the monies were not mismanaged in Ondo State.

“The administration of Governor Akeredolu stands on the tripod of Transparency, Accountability and Integrity. We will continue to hoist the flag of transparency in governance while pursuing excellence in the journey to transform the state for the better,” the statement said.

On the allegation that some state governors were stealing local council funds, he said the Akeredolu administration has not touched funds meant for local governments since its inception.

“As a matter of policy, monies meant for Local Governments are shared at their monthly Joint Account Allocation Committee (JAAC). Mr Governor doesn’t touch local governments funds. The local government Chairmen can attest to the fact that they have total freedom in the management of their funds.”

The Rivers State Governor, Nyesom Wike, first made the revelation of the payment of oil derivation refunds last month at the inauguration of the Alabo Graham Douglas campus of the Nigerian Law School in Rumueme, Port Harcourt, while thanking President Buhari for making the release which had enabled him to execute projects in the state.

Following the revelation, other state governments that benefitted from the payment came under pressure to explain how they used the funds and why they had not disclosed the payment to citizens in their states.

The Nigerian constitution grants states 13 per cent of the revenue realised from crude oil extracted in their territories to be used to address environmental issues and other effects of oil production.

A civilian’s experience of reviewing counterinsurgency before military generals, By Yushau A. Shuaib