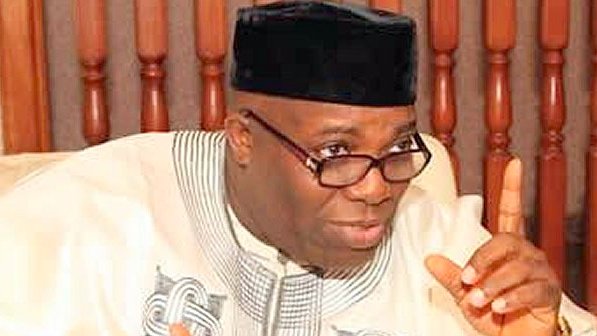 The Ogun State chapter of LP had on Thursday announced the sack of Mr Okupe and 10 others for allegedly not paying membership fees, high-handedness and financial recklessness.

Umar-Farouk Ibrahim, the national secretary of the party, said this when he addressed journalists in Abuja on Friday.

The Ogun State chapter of the party had on Thursday announced the sack of Mr Okupe and 10 others for allegedly not paying membership fees, high-handedness and financial recklessness.

According to the LP state chairperson, Michael Ashade, they contravened Article 9(3) sub(iii) and Article 9(3) (xi) of the party’s constitution and thereby ceased to be party members.

But Mr Ibrahim said the national leadership of the party was surprised at the suspension by the Ogun chapter which was without due process.

“The Ogun State Chapter has acted outside its Constitutional jurisdiction, the party has an international conflict resolution mechanism of handling cases against members as enshrined in the party’s constitution.

“There are also disciplinary measures to be taken, for example, before you discipline any member, there are certain procedures that you have to follow, you have to issue a query among other procedures, and that has not been followed.

“No complaint was written by the state chapter, his ward and his local government, so we are saying the national headquarters is not aware of what they are doing, they are doing it on their own.

“The National Working Committee (NWC) is going to set up a committee and appropriate disciplinary action would be taken against the perpetrators in the state exco and we are going to fish them out and take appropriate action,” he said.

Mr Ibrahim said the suspension was void as Mr Okupe remained a card-carrying member of LP and the DG PCC.

He said the party was not unaware of attempts by opposition parties to infiltrate its structures at all levels.

Mr Ibrahim said the party’s leadership would do everything within its powers to ensure that its cohesion was not tempered with and would not be distracted by the antics of the opposition candidates until all its candidates were victorious in the 2023 general election.

He expressed worry over recent attacks on party members, candidates and officials in some states, particularly Edo, Ebonyi and Kaduna, where the state women leader was gruesomely murdered.