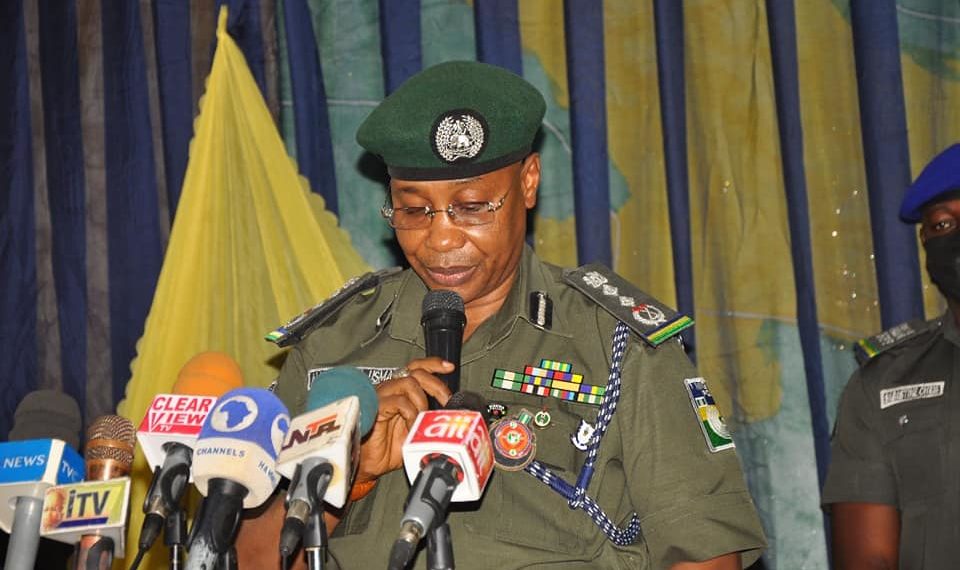 The Federal High Court in Abuja had jailed the Inspector-General of Police for three months, or until he obeyed an order it made since 21 October 2011.

The Inspector-General of Police (IGP), Usman Baba, has filed a motion before a Federal High Court in Abuja against his jailing for contempt.

The Force Public Relations Officer (FPRO), Olumuyiwa Adejobi, said this in a statement on Friday in Abuja.

The News Agency of Nigeria (NAN) recalls that the Federal High Court in Abuja, on Tuesday, sentenced Mr Baba to three months in prison for disobeying a valid court order.

The court, in a ruling that was delivered by M. O. Olajuwon, jailed the IGP for three months, or until he obeyed an order it made on 21 October 2011.

“If at the end of the three months, the contemnor remains recalcitrant and still refuses to purge his contempt, he shall be committed for another period and until he purges his contempt,” the court held.

The IGP’s committal followed a suit that was filed by a police officer, Patrick Okoli, who was unlawfully and compulsorily retired from the Nigerian Police Force.

The judge noted that though the Police Service Commission (PSC) recommended Mr Okoli’s reinstatement into the police, a decision that was affirmed by the court, the I-G refused to comply with the order.

The court had also ordered payment of N10 million to the applicant, being special and general damages for the unlawful, illegal and unconstitutional denial of his rights and privileges as a Senior Officer of the Nigeria Police Force from 1993 till date.

According to the Force PRO, the IGP filed the motion to seek an order to set aside the contempt proceedings and committal order.

He said the ground for the motion was that he had not been appointed into office as (I-G) when the case was instituted.

Mr Baba also affirmed that the contempt proceedings were served via substituted means in November 2018, and January 2019 respectively, on the then IGP, and not on him as the incumbent.

He said official steps were taken before he assumed office by his predecessors to comply with the reinstatement order of the plaintiff, Mr Okoli.

“This was evidenced by an official letter addressed to the Police Service Commission, on the approval of the then I-G, as far back as 2015, before the court order of Nov. 29, 2022.

“The then IGP requested the commission to issue a reinstatement letter to the plaintiff, and effect his promotion, in line with the order of the court in the exercise of its statutory authority.

“The grounds for the contempt proceedings ought not to have existed,” he said.

The IGP pledged his commitment and steadfastness to continue to defend the rule of law and respect for judicial authorities.

He said he would not, at any time, wittingly or unwittingly disobey any order, validly granted by courts of competent jurisdiction.