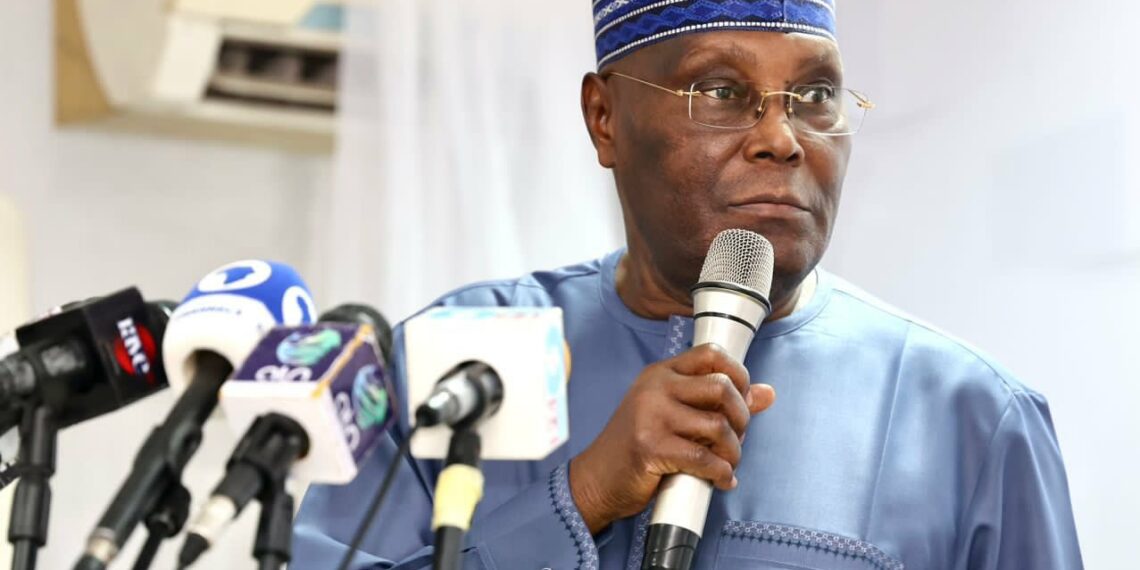 The former Vice President blamed the APC for the falling standard of education and promised to change the narrative.

The presidential candidate of the Peoples Democratic Party (PDP), Atiku Abubakar, has promised to provide enough funds for education.

This is even as he prayed that Nigerians will never witness a repeat of ruling All Progressives Congress government beyond 2023,

The PDP presidential candidate made this known at his party’s rally in Akure, Ondo State on Wednesday.

He bemoaned the state of education in the country and blamed the APC for a poor education policy.

Atiku vowed Nigerians would never witness a repeat of the bad leadership style of the APC beyond 2023 if he is voted into office.

Earlier, Titi Atiku, wife of the PDP presidential candidate, a native of Osun State, promised the Ondo people that her husband will defeat Boko Haram and provide scholarships to students.

She said, “my people I, your daughter standing in your presence to tell you that my husband has done it before. The last election was won by my husband but we were robbed.

“My husband indeed is a Fulani but he is not a killer and we have been together. I taught him our culture and tradition, and he is part of us. During Obasanjo, it was Atiku that brought the likes of Elrufai, Ngozi Okonjo-Iweala and others who did well for Nigeria.”

On why they need to vote for Atiku, she noted that “No Yoruba has ever been a First Lady and if we vote Atiku, it is a vote for Yoruba. There is hunger in the land, don’t let the opposition deceive you, vote for all PDP candidates during the election,” she pleaded.

In his address, the PDP Chairman, Iyorcha Ayu urged the Ondo PDP support not to make a mistake but do the right thing by voting for Atiku in the coming election.

He said, “Ondo is a PDP State. You are educated and enlightened people and that is why you always vote for the PDP.”

Mr Ayu further noted that “we must work together to ensure victory. Ondo should give the PDP the highest votes in the South-west.”