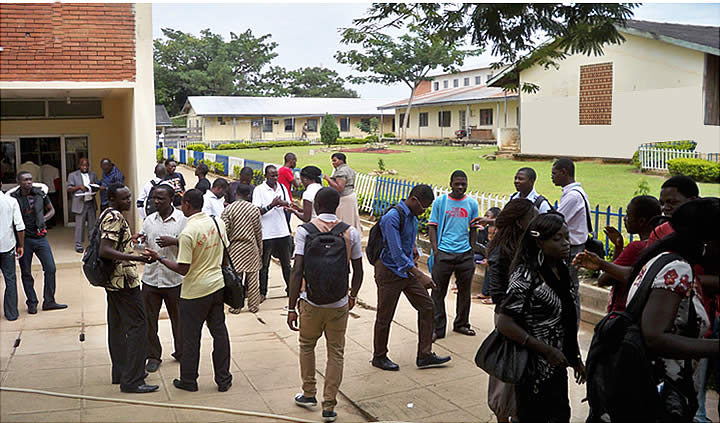 With the suggested scheme, he said, the government can pay a certain percentage of tuition to provide more Nigerians, access to tertiary education.

Mr Oloyede suggested that the government establish a scheme similar to the National Health Insurance (NHIS) for tertiary education to subsidise the high tuition for students in private universities.

Represented by the examination body’s Head of Public Affairs and Protocol Fabian Benjamin, Mr Oloyede spoke on Tuesday at a one day retreat on the state of education organised by the Education Correspondent Association of Nigeria (ECAN) in Abuja.

With the suggested scheme, he said, the government can pay a certain percentage of tuition to provide more Nigerians access to tertiary education.

He said: “Before the coming of the NHIS in Nigeria, there were hospitals that were exclusively preserved for the rich. When NHIS came to be, a grade level 3 or 4 officer can enrol in any of the hospitals and he will be attended to.

“Why can’t we do something like that for education. So that subscribers who have enrolled, –their children can also attend some of these private universities. Most of them (private universities) have spaces that have not been taken, not because people don’t want to take it but because they cannot afford it.

“But when you come out with an insurance scheme where a subscriber can pick a university and from whatever he has contributed, the government pays a certain percentage of what is left. That way, the school fees can be reduced and you have a lot of these candidates attending these universities and then the government can now achieve the purpose for which the private universities were established.”

Annually, only about half of almost 2 million candidates that sit JAMB’s Unified Tertiary Matriculation Examinations (UTME) secures admission into the universities. This is largely due to lack of capacity to admit many students by the affordable government-owned universities.

While most private universities in the country can admit more students than they usually do, candidates hardly enrol into them due to exhorbitant tuition fees.

Nigerian public universities where most Nigerian students acquire education are poorly funded by the government, leading to industrial disputes between the government and university staff, particularly the Academic Staff Union of Universities (ASUU).

ASUU also kicked against the creation of more universities by the government, saying the existing ones are underfunded.

This has brought to the fore, conversations that the continuous funding of tertiary education by the government alone is unsustainable.

Last week, both chambers of the National Assembly passed a student loan bill that was first introduced to the house by the Speaker of the House of Representatives, Femi Gbajabiamila, in 2016.

If assented to by President Muhammadu Buhari, the government would be mandated to establish an Education Bank which the bill proposes would provide education loans to students.

‘Education in Nigeria among the best’

Meanwhile, the Registrar of the Teachers Registration Council of Nigeria (TRCN), Josiah Ajiboye, a professor, said the Nigerian education system is not as bad as usually portrayed.

According to him, the exodus of Nigerian graduates, especially health workers, is a testament that the Nigerian education is of an enviable standard and is being sought worldwide.

He said Nigerian teachers are also regarded as professionals outside Nigeria.

Mr Ajiboye said: “Nigeria’s education standard is among one of the best in the world. If not, why are Nigerian professionals being sought after all over the world. Nigerian graduates everywhere. The UK alone has taken thousands of medical doctors from Nigeria just in 2022.

“This year, I have signed a letter of professional standing for over 260 Nigerians going to teach in Canada alone.”

He, therefore, called on journalists to help amplify the ‘positives’ in the Nigeria’s education sector, saying challenges are global and that they are not peculiar to Nigeria.

“Help us to identify some of those positives and let us bring them up. Let us blow them. Don’t let us concentrate on the negative, they will not help us as a country,” he said.

Mr Ajiboye added: “Instead of us building the positive and things like that, we let the situation and the negatives overwhelm us…It is not so bad. In the UK days ago, young children were knifed to death. In America, if you know the number of guns going to American schools everyday.

“The one that is not doing well, I’m not saying you should spare them. Wake them up from their slumber, it is important to wake them up and those that are doing well, let us accentuate them and use them as examples for others to emulate”.

Qosim Suleiman is a reporter at Premium Times in partnership with Report for the World, which matches local newsrooms with talented emerging journalists to report on 1-covered issues around the globe