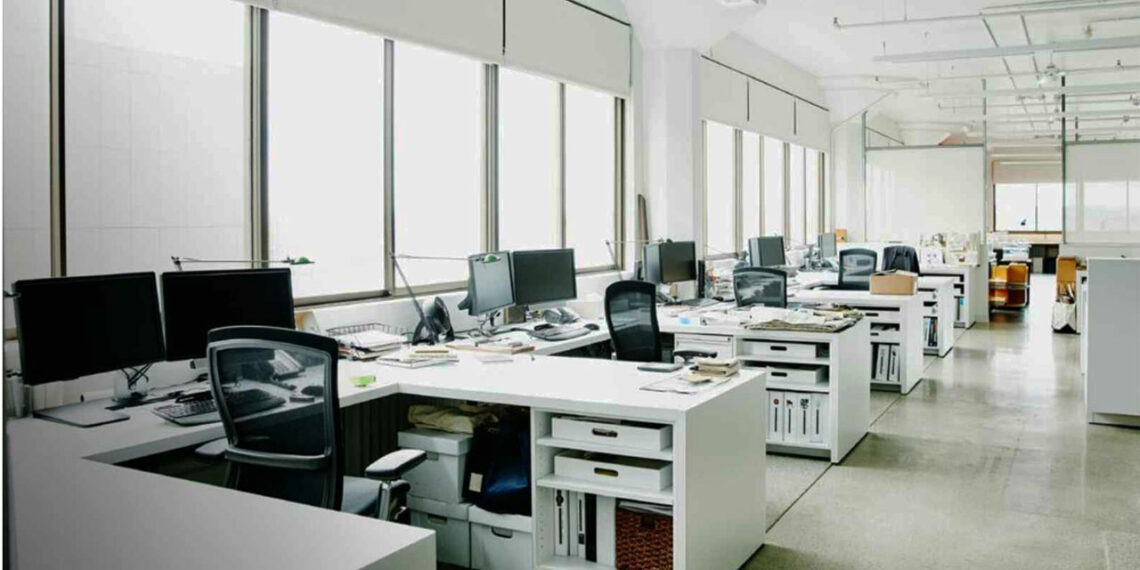 An office space used to illustrate a newsroom

The report is the third in a series of missing perspective reports which were independently produced and commissioned by the Bill & Melinda Gates Foundation.

A new report by authored by the Co-founder and Director of Addy Kassova Audience Strategy Ltd (AKAS), an international consultancy firm, Luba Kassova, suggests that journalism is short-changing women audiences and losing billions as a result of what the report described as “severe marginalisation of women,” especially those of colour.

Titled: “From Outrage to Opportunity: How to Include the Missing Perspective of Women of all Colours in News Leadership and Coverage,” the report says that women are on the periphery of the news media, “but could be key to revitalising the industry and unlocking billions of dollars of additional revenues.”

According to a statement announcing the public presentation of the report, it is the third in the series that focuses on missing perspectives, which were independently produced but commissioned by the Bill & Melinda Gates Foundation.

The statement said the report provides a solutions-focused examination of the harsh realities facing women of all colours in six focus countries of India, Kenya, Nigeria, South Africa, the UK, and the US.

The report explained that there is a compelling business-case argument for addressing the news consumption gender gap in a global newspaper industry, set to experience “brutal declines in its revenues in the next decade.”

Using multiple sources, the report estimates that the newspaper industry’s revenues will be almost one-quarter smaller in 2032 ($69bn), compared to 2022 ($90bn).

It noted that the decline in news consumption is partly driven by women having less interest in or actively avoiding the news, but noted that this need not be the case in the future.

The report said that based on an analysis of nearly 1,700 individual news websites globally and incorporating the results of the Reuters Institute for the Study of Journalism’s Digital News Report 2022 survey of 93,000 respondents, it is estimated that there is an addressable 11-12 percentage point gender consumption gap between men and women in the newspaper industry.

The report states in part: “Closing this gap by just one percentage point each year, starting in 2023, would yield additional cumulative revenues of $11 billion over five years and $38 billion over 10 years globally.

Meanwhile, a co-founder and director of AKAS, Richard Addy, said the financial argument should not be the only reason to aim for gender parity, noting that for those news organisations that make a concerted effort to improve their performance in relation to women in terms of leadership, representation, inclusion, portrayal and coverage, the prize is significant.

Explaining further, the report said women remain significantly underrepresented in editorial leadership roles, and in news coverage, “their voices are muted in an industry dominated by men.”

It said: “In countries with multi-racial populations, women of color experience even greater marginalisation in news leadership and coverage.

“This culture of exclusion has had a knock-on effect on women’s news consumption which is in significant decline.

“Yet, according to a new report published today, greater engagement by women could revitalise the news industry and generate billions of dollars of additional revenue.”

The report revealed that all hope is not yet lost as it noted that women’s position in news leadership and coverage is a source of outrage and hope.

“Outrage because women are still severely sidelined as top editors and news protagonists, while women in multi-racial societies are suffering unfathomable exclusion in leadership and their stories are routinely missed.

“Hope because, if brought in from the sidelines, women can be a lifeline for the news industry,“ it stated.

The report explains how the perception that progress is being made, which tends to follow every high-profile appointment of a woman in journalism, cannot withstand closer scrutiny.

It noted that in analysing 1,166 editorial roles, the report found that for every woman who is an editor-in-chief, there are between two (in South Africa, the USA, and the UK) and 12 (in Indian regional news outlets) male editors-in-chief.

It further noted that women are also seriously underrepresented in editorial leadership in high-profile news beats, such as politics, economics and business, and foreign affairs, where it noted they could hold as few as one in six editorial roles.

Although women have achieved gender parity among the most senior editors in health beats across five of the six countries, the report says on average in business and politics beats only one in three and one in four are women respectively, and that similarly, one in three foreign affairs editors in the UK and the US are women.

The report also outlines 12 solutions to the issues raised including focusing on auditing, target setting, and measuring representation across the entire news value chain; tracking and improving the inclusion of women of all colours in news leadership and key decision-making roles; looking for story angles that appeal to both women and men, and increasing coverage of seven gender gaps.

“Adopting the proposed solutions would improve the representation and inclusion of women of all colours in news strategy and leadership and create more balanced and inclusive coverage,” it stated.

For those news organisations that approach this challenge seriously and strategically, “rather than symbolically,” the report says there is a significant opportunity to access the untapped multiple millions of dollars that increasing women news audiences would generate.

The report claims to contain the most extensive research ever carried out on why women are marginalised in news and how to change that.

“It also presents a compelling business case for addressing the gender gap in news consumption, which outlines a multi-billion-dollar opportunity for a struggling global news industry through increased revenues from women news audiences,” it said.