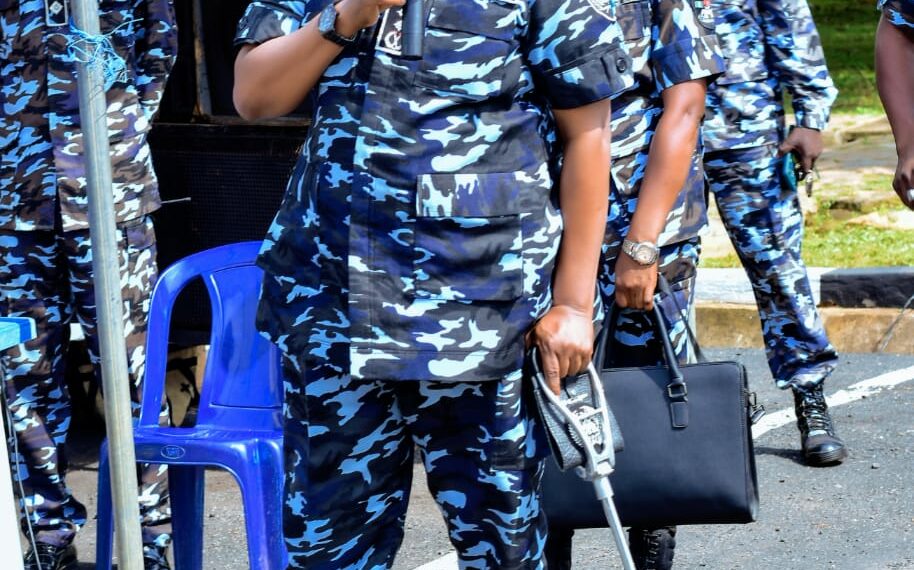 The judge ordered the IGP to be committed to prison for three months or until his office implements an order made by the court since 21 October 2011.

The Federal High Court in Abuja, on Tuesday, sentenced the Inspector-General of Police, Usman Baba, to three months in prison for flouting a 2011 court order.

Patrick Okoli, a former police officer who was forcefully retired from the Nigeria Police Force, filed the suit to reverse the action.

The Punch Newspaper reported that Mrs Olajuwon made the committal order due to the IGP’s refusal comply with an earlier order of the court in 2011.

The judge said Mr Baba should be committed to prison for a period of three months, or until his office implements an order made by the court since 21 October 2011.

“If at the end of the three months, the contemnor remains recalcitrant and still refuses to purge his contempt, he shall be committed for another period and until he purges his contempt,” the judge said.

Mrs Olajuwon said despite the Police Service Commission’s recommendation, reinstating Mr Okoli into the Force, the IGP flagrantly declined to obey the order.

She ordered the police to pay N10 million as damages to Mr Okoli for the “unlawful, illegal and unconstitutional denial of his rights and privileges as a Senior Officer of the Nigeria Police Force from 1993 till date.”

The judge, Chizoba Oji, in a ruling said the EFCC failed to comply with an earlier order of the court.

But on 10 November, Mrs Oji vacated the committal order made against Mr Bawa.

In nullifying the order, the judge said the evidence before her showed Mr Bawa had complied with the court’s order, directing the EFCC to return a Range Rover Sport vehicle valued at N40 million, which it confiscated from Mr Ojuawo, a former Director of Operations at the Nigerian Air Force.

Ms Oji said, “I hereby set aside the entire contempt proceedings in Suit No. FCT/HC/CR/184/2016 between the Federal Republic of Nigeria v AVM Rufus Adeniyi Ojuawo.

“That I further set aside the conviction of the applicant, the Executive Chairman, Economic and Financial Crimes Commission, for contempt unconditionally.”

Meanwhile, the police have said the office of the IGP was not aware of any court order reinstating Mr Okoli.

Olumuyiwa Adejobi, spokesperson for the police, in a statement on Tuesday, said Mr Baba was not in contempt of the court.

“The Nigeria Police Force wishes to state emphatically that the office of the Inspector-General of Police, IGP Usman Alkali Baba … did not disregard Court Order or rule of law as the office is not aware of any Court Order, during the current IGP’s tenure, with respect to a matter making the round in the media that the IGP disobeyed a Court Order for the reinstatement of a dismissed officer of the Force.”

Mr Adejobi explained that Mr Okoli’s case dates back to 1992, after the IGP joined Force.

“The most recent judgement on the matter was given in 2011 which should ordinarily not fall under the direct purview of the current administration of the Force. Thus, the news is strange and astonishing,” Mr Adejobi said.

He said Mr Baba had directed the Commissioner of Police in charge of the Force Legal Unit “to investigate the allegation in a bid to ascertain the position of the court and proffer informed legal advice for the IGP’s prompt and necessary action.”