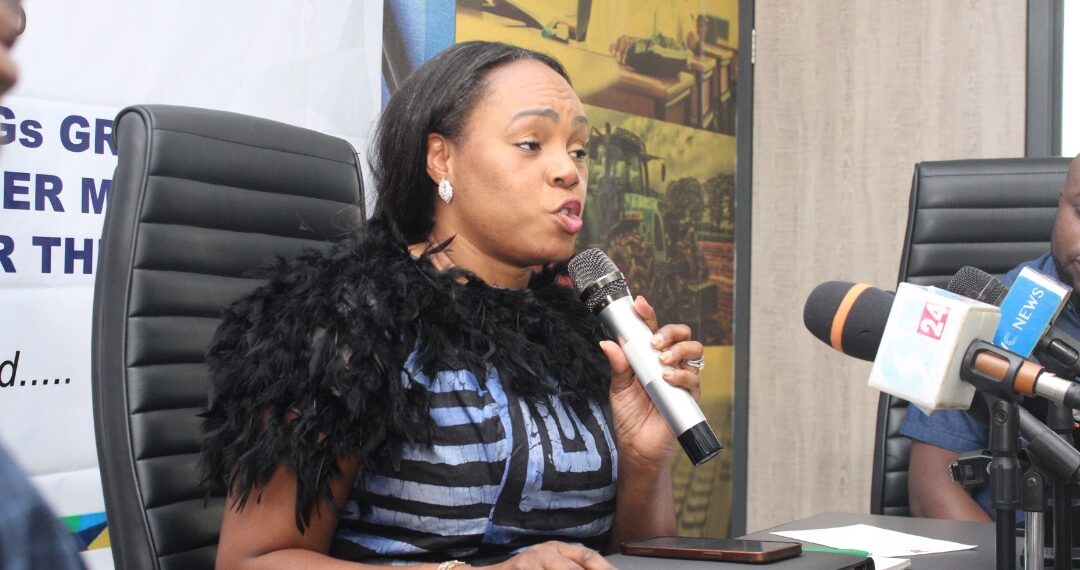 The UNICEF Social Policy and Programme Manager, Muhammed Okorie, commended the state for the initiative.

The Lagos State Government has reiterated its commitment to the implementation of Sustainable Development Goals (SDGs) by 2030 at the official flag-off of its SDGs Impact Challenge.

The flag-off, which was held Tuesday, is part of the state’s strategies to enhance progress on the 17 SDGs, according to the Special Adviser to the Lagos State Government on Sustainable Development Goals and Investment, Solape Hammond.

The grant competition, which is open to Civil Society Organisations (CSOs), social entrepreneurs and Non-Governmental Organisations (NGOs) operating within the state, will enable successful 51 winning projects addressing SDG targets to be awarded N5 million each.

Mrs Hammond said: “The essence of the SDGs Impact Grant Competition stems from our conviction that real search for solutions must be based on integrated and multi-disciplinary efforts that go beyond the economic and social domains. We must know what society wants and what collective effort we must be committed to as global citizens”.

The flag-off event was graced by NGOs, CSOs, the Lagos State Commissioners for Finance and Agriculture, Rabiu Olowo and Abisola Olusanya, respectively; the state’s Head of Civil Service, Hakeem Muri-Okunola, who was represented by the Permanent Secretary, Public Service Office, Sunkanmi Oyegbola, among other dignitaries.

A consultant to the Lagos SDGs office, Muyiwa Oladapo, gave the breakdown of the impact challenge, its objectives, the application stages and selection criteria and the implementation strategies for those who emerged winners.

He said some of the key objectives of the programme are to encourage civic participation, increase the number of active volunteers in the state and enable greater visibility of activities of CSOs and NGOs.

He noted that the selection committee will choose 51 winning projects that will be eligible for grant prizes of ₦5 million per project, noting that the deadline for application is 7 December.

He added that the application process on its website is free and automated to ensure transparency.

As part of the eligibility criteria, Mr Oladapo noted that the Identity Card of the Lagos State Residents Registration Agency (LASRRA) is mandatory for application, including a certificate of incorporation, budget worksheet, and project proposal, among others.

These, he said, are put in place to ensure that only organisations that are well structured and committed to impacting the people and the society take part in the proces.

In his comment, the UNICEF Social Policy and Programme Manager, Muhammed Okorie, commended the state for the initiative. He also emphasised the need for NGOs and applicants to prioritise data to drive change.

“We need to emphasise data to tell our story, use data to drive change, that is what we showcase at the global space that Nigeria is working, we need data,” he said.

The event also featured a testimonial session, where four founders of a development movement shared their experiences and achievements in the development space.

The Founder of Mind the Gap, a youth-focused project based on strategic skills development and job creation, Tayo Olosunde, said he left his job in 2008 to become an “impact maker” in society, adding that “understanding the SDGs is the roadmap for anyone who wants to build a fantastic career, business”.

He said everyone should be committed to one of the goals regardless of their career sector.

Also, the Founder and Chief Executive Officer at CrimsonBow Sickle Cell Initiative, Oluwatimileyin Edwin, said being a sickle cell patient has been challenging physically and financially.

She said since she discovered a haematologist at 25 years old, her condition got better and she decided to impact more people with the right knowledge and quality care.

She said through the state’s Ilera Eko project, free health insurance coverage for 150 sickle cell patients has been provided. She added that they have about 400 patients registered at the clinic, conducted 22 medical outreaches and reached 15,000 people to make sure they know their genotype.

The founder of Lagos Food Bank, Michael Sunbola, said the Lagos SDGs Impact Challenge is a rare initiative in the country as most Nigerian NGOs are being funded by international organisations. He said the funding will go a long way in the development of the state and the attainment of the 2030 SDGs target.

Similarly, the Founder of Urban Tree Revival Initiative, Maama Adeshina, said with the right strategies and determination, the funding would help NGOs contribute significantly to society through relevant projects.