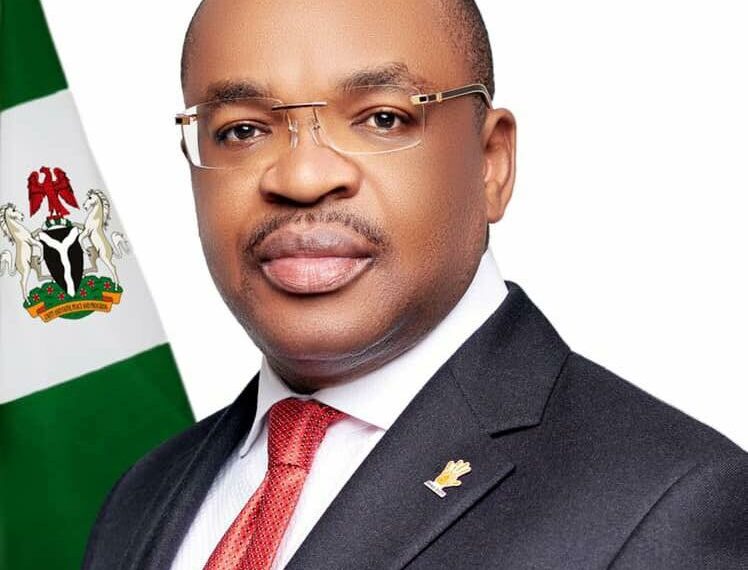 The Akwa Ibom governor explains why Atiku may win the 2023 election.

The mistake will, however, not break the party, he said.

Mr Emmanuel stated this in an interview published by Thisday newspaper on Tuesday.

Mr Emmanuel was reacting to the demand of five PDP governors, under the aegis of G5, for the removal of Iyorchia Ayu as the National Chairman of the PDP.

The Akwa Ibom governor said the G5 governors are still members of the PDP, and that four of them are candidates of the party in next year’s election.

The G5 is led by Governor Nyesom Wike of Rivers State and a defeated PDP presidential aspirant.

The group is insisting on the replacement of Mr Ayu with a southerner to correct the “regional imbalance” in the party since Mr Ayu and the party presidential candidate, Atiku Abubakar are both northerners.

The G5 last week declared that they would support a southern presidential candidate for the 2023 elections, a position that has further compounded Atiku’s challenges.

Atiku has been trying to bring Mr Wike and the others back to the party fold.

Why Atiku will win – Emmanuel

Mr Emmanuel, whom Atiku also defeated at the PDP presidential primary, insisted that the former vice president would win the 2023 presidential race, despite the party’s internal crisis.

“I’m not boasting, but among those contesting today, there is no candidate with the same capacity, knowledge and understanding of the problem and what to do for Nigeria like Atiku. There is none, not even one. I’m not being biased at all; I’m giving you a very objective opinion.

“So, that is why you see me following, because I love my country. I love my people. I want this country to get better, and even in terms of the assemblage of good people with genuine intentions, give it to Atiku; he can put a square peg in a square hole and get the result.”