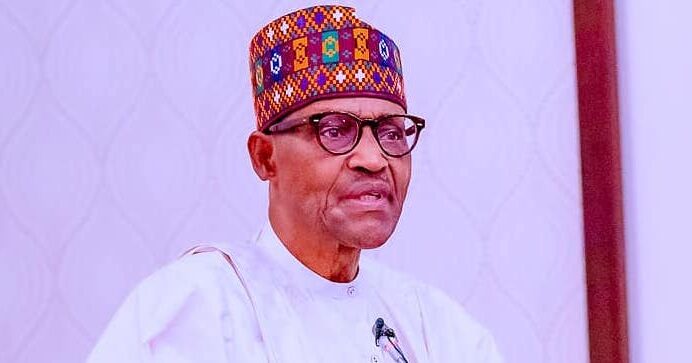 The Social Investment Programme was created by the Buhari administration to reduce poverty, create employment, and increase school enrolment.

President Muhammadu Buhari has sent a bill to the Senate, seeking the establishment of the National Social Investment Programme (NSIP).

The NSIP Bill, he said, would provide legal and institutional framework for the programme.

His request was contained in a letter which was read out by the Senate President, Ahmad Lawan, on Tuesday.

In it, Mr Buhari said the NSIP was geared towards poverty alleviation for the poor and vulnerable people in Nigeria, and consideration and passage of the bill will provide the enabling law for effective implementation of the programme.

Mr Buhari’s bill comes over a year after the House of Representatives deliberated similar legislation.

The House bill, sponsored by the Speaker, Femi Gbajabiamila and 11 others, seeks to establish the National Social Investment Programme (NSIP) for the poor and the vulnerable.

The lawmakers had said, the bill, if passed into law, will establish the National Social Investments Trust Fund.

The SIPs are part of the programmes of the Buhari administration to reduce poverty, create employment, and increase school enrolment.

They were initially under the office of the Vice President, Yemi Osinbajo but later moved to the Ministry of Humanitarian Affairs, Disaster Management and Social Development upon the latter’s creation.

The implementation of the programmes has also caused conflict between the members of the National Assembly and the Executive arm.

Both the senate president, Mr Gbajabiamila, have also criticised the implementation of the NSIP.

In another letter, the president asked the lawmakers to consider and pass a bill to create 10 new national parks across the country.

The bill, he said, sought the Senate’s concurrence to National Park Declaration Order made early in the year for establishment of 10 new national parks across the country .

He also requested the Senate to consider and pass an executive bill on Federal Produce Inspection Service.