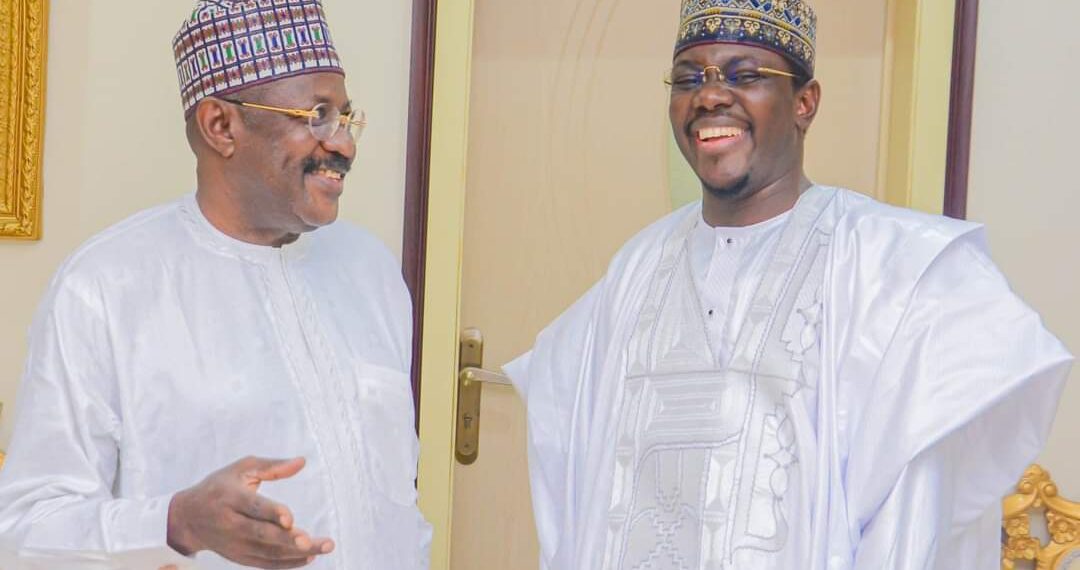 Mr Sankara is the APC Senator representing Jigawa Northwest District. He does not see eye to eye with the governor of the state.

The meeting between Danladi Sankara – the senator for Jigawa Northwest District, with Mustapha Lamido – the governorship candidate of the opposition People Democratic Party (PDP) has left members of the APC confused.

On Monday the two politicians met behind closed doors in Abuja.

The meeting came barely five days after Mr Sankara shunned the governorship campaign flag-off of his party in Gumel – one of the 12 local council areas that make up the North-west Senatorial district.

Mr Sankara fell out with Governor Muhammad Badaru just before the APC primary election for the zone. Mr Sankara accused the governor of bias and pulled out of the primary.

It’s not clear if the senator intends to join the PDP or merely paid a personal visit to its gubernatorial candidate.

In May, Mr Sankara who is the chairman of the Senate Committee on Information and National Orientation pulled out from the primary election for Jigawa North-west Senatorial District.

“I resolved to withdraw from participating in the ongoing primaries of Jigawa Northwest Senatorial District due to biased and preferential actions of the state party leader (Mr Badaru), Mr Sankara said in a letter addressed to the National Chairman of the Party, Abdullahi Adamu.

“I will like to thank the people of Jigawa North-west for giving me the mandate to represent them at the red chamber on two occasions.

“For those who have supported me right from the beginning of my aspiration, I thank you all for believing in me and I hope everyone will understand this to be the will of Allah Almighty and as humans, we must accept whatever the lord designed for us,” Mr Sankara said in May while withdrawing from the senatorial race.

After Mr Sankara withdrew from the race, he avoided political gatherings in the state. He reportedly rejected the appointment to be the director general of the APC campaign in the state.

The meeting with the PDP governorship candidate in Abuja comes on the heel of ongoing rumours that the senator may leave the APC in the build to the general elections in the state.

However, insiders argued that Mr Sankara decided to stay as a member of the party after he was prevailed upon not to quit by his long-term friend, the Vice Presidential Candidate of the APC, Kashim Shettima.

At the meeting in Abuja, the PDP governorship candidate, Mr Lamido, said he met Mr Sankara at his Abuja residence as part of his ongoing consultations.

One of Mr Lamido’s aides, Mansur Ahmad, told PREMIUM TIMES that Mr Sankara is one of the prominent politicians in the state who the PDP governorship candidate consulted.

However, Mr Ahmad did not disclose what was discussed during the meeting.

Mr Sankara did not respond to PREMIUM TIMES’ calls and text messages Tuesday morning, to comments on the meeting with the opposition candidate.