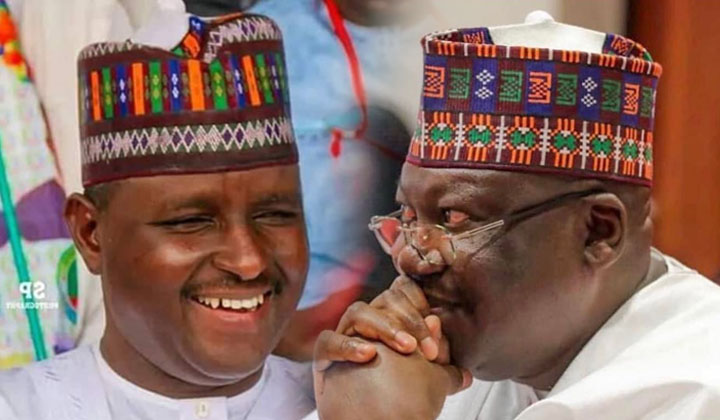 APC had asked the Court of Appeal to declare Ahmad Lawan, Nigeria’s Senate President, as its Yobe North senatorial candidate over Bashir Machina who contested and won the primary election.

The Court of Appeal in Abuja, on Monday, upheld the judgement of the Federal High Court in Abuja declaring Bashir Machina as candidate of the All Progressives Congress (APC) for Yobe North Senatorial District.

APC had approached the appellate court seeking to set aside the judgment of lower court, insisting Ahmad Lawan, Nigeria’s Senate President, was the authentic Senatorial candidate for Yobe North in next year’s election.

After losing out in the APC presidential primary election in June, Mr Lawan, sought to clinch the party’s senatorial ticket to return to the upper legislative chamber in 2023.

But Mr Lawal did not participate in the original APC Yobe North primary held on 28 May, because he was contesting to be the party’s presidential candidate.

Having failed to secure his party’s nod to run for president, Mr Lawal tried to reclaim the party’s ticket for Yobe North, a district he has represented since 2007.

Delivering judgement on Monday, a three-member panel of the Court of Appeal in Abuja led by Monica Dongban-Mensem, who is the president of the court, held that the appeal was an abuse of court process.

She said “The lower court was right when it held that the purported primary election held on 9 June was not monitored by INEC.”

“I find that the lower court properly evaluated all the issues raised before it. Therefor, all the issues are resolved against the appellant,” Mrs Dongban-Mensem said.

Dismissing the appeal, the appellate court awarded N1 million against the APC in favour of Mr Machina.

The panel condemned the conduct of parallel primaries by political parties.

Citing Section 84 (1) of the Electoral Act, Mrs Dongban-Mensem said, “The law is designed to check political parties’ act of impunity in the conduct of parallel primaries.”

APC’s lawyer, Shuaib Aruwa, a Senior Advocateof(SAN) had argue that the Yobe Senatorial primary of May 28 where Mr Machina emerged was conducted by the Yobe Chapter of the APC and not by the National Working Committee.

He contended that the other primary held on 9 June was conducted by the APC NWC, and as such has the blessings of the party.

But Ibrahim Bawa (SAN) Counsel to Mr Machina, urged the Court of Appeal to dismiss the suit for lacking in merit.

PREMIUM TIMES reported that despite Mr Machina’s victory at the 28 May primary, the leadership of the APC submitted Lawan’s name as candidate for the district.

Determined to sustain his candidacy for the election, Mr Machina filed a suit at the Federal High Court in Damaturu.

He prayed the court to declare him as the authentic candidate of the APC.

INEC had refused to recognise either Mr Lawal or Mr Machina insisting it would only recognise the candidate the court rules was the authentic candidate of the party for the district.