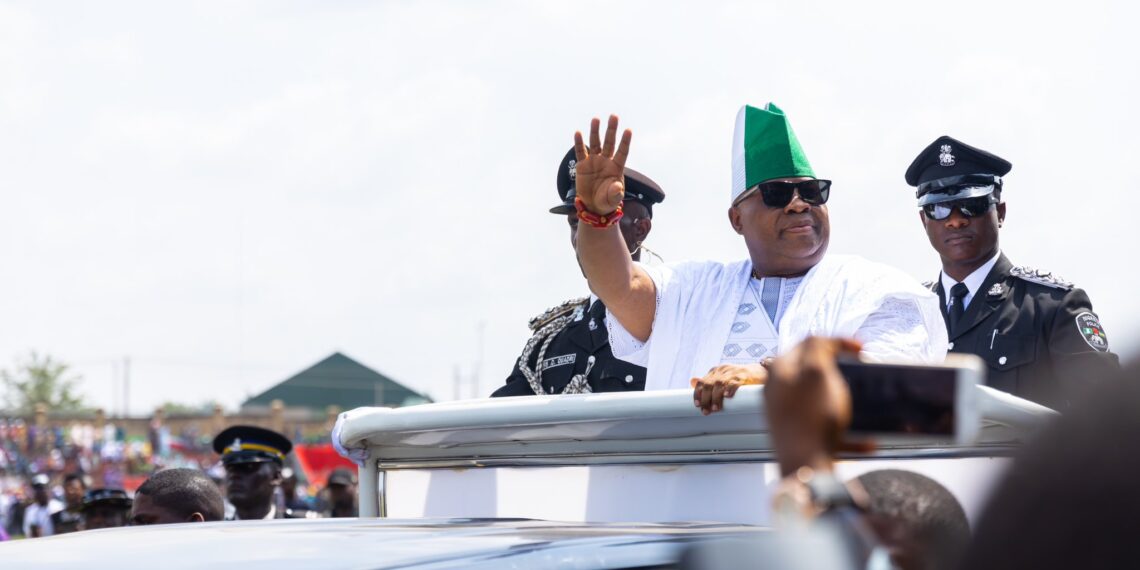 Ademola Adeleke who has now been sworn in as the sixth governor of the 29-year-old state will be piloting the affairs of the state for the next four years.

The new Governor of Osun State, Ademola Adeleke, was sworn in on Sunday following his victory at the 16 July governorship election.

Running as the candidate of the opposition Peoples Democratic Party (PDP), he polled 403,371 votes to beat the incumbent, Gboyega Oyetola, of the All Progressives Congress (APC), who polled 375,027 votes.

Mr Adeleke becomes the sixth governor of the 29-year old state but only the sixth to be elected.

Mr Adeleke was born on 13 May 1960 into the wealthy and politically influential Adeleke family in Ede, one of the major towns in the state.

His elder brother, the late Adetunji Adeleke, was the first elected governor of the state, serving for 20 months between January 1992 and November 1993 when the military pustch of General Sani Abacha cut short the Nigerian Third Republic.

He later attended Ede Muslim Grammar School Ede for his secondary education before moving to the United States to join his two elder brothers.

In the United States, he attended Jacksonville State University, Alabama, where he studied criminal justice and political science.

He later enrolled at Atlanta Metropolitan State College, where he bagged a Bachelor of Science in criminal justice in 2021.

Mr Adeleke served as the executive director of his family-owned Pacific Holdings Limited from 2001 to 2016; and later became a service contractor for Quicksilver Courier Company in Atlanta, Georgia, the United States.

He was the vice president of Origin International LLC, a flavour and fragrance manufacturing company in Atlanta, Georgia, from 1990 to 1994.

His mother Nnena Esther-Adeleke, was an Igbo Christian, while his father, Raji Adedeji – Adeleke, was a Yoruba Muslim.

The new governor became popular in politics after the controversial death of his elder brother, who at the time was the senator for Osun-West district.

Mr Adeleke, 62, died on 23 April 2017 at a hospital in Osogbo, the state capital, where he was taken after becoming sick at a political meeting.

While it was later reported that the flamboyant senator died of a heart attack, rumour had quickly spread that he was poisoned. After the death of his elder brother, the new governor won a bye-election to fill his vacant senatorial seat.

He quickly became known as the “dancing senator” for his hobby and bubbly spirit.

Other aspects of the agenda include people-focused social policy through skill-based education; affordable health care, state security and social security support and agro-based Industrialisation for wealth and job creation for youths and women.

More prominently in Mr Adeleke’s promises on the campaign trail is prompt payment of workers’ salaries. He has four years to fulfil his promises.