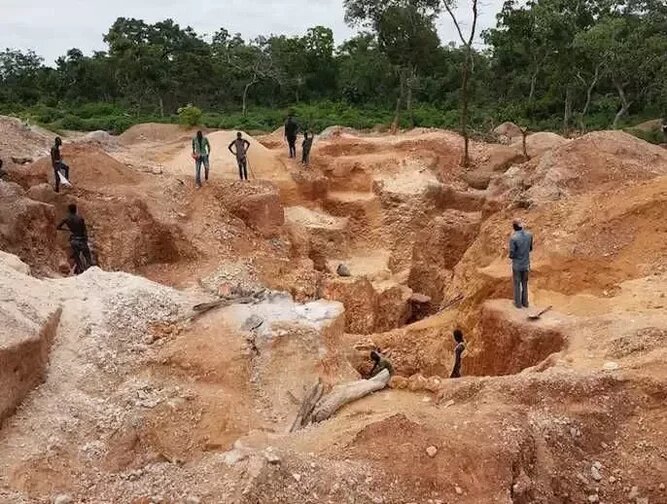 The government encourages artisanal miners to form cooperatives to ease access of government financing and provision of equipment.

The Ministry of Mines and Steel Development has urged artisanal miners to expand their frontiers by registering with cooperative societies.

This according to the Minister of Mines and Steel Development, Olamilekun Adegbite, will enable them to access as much as N100 million loan at only five per cent interest rate.

Mr Adegbite said this when he appeared on the News Agency of Nigeria (NAN) Forum in Abuja. He said the low interest rate fixed by government for artisanal miners was part of its effort to encourage diversification of the economy.

Mr Adegbite, who said the loan repayment could span for a period of 20 years, urged them to form cooperatives to make access easier. He said the miners could form cooperatives of 10 people when approaching the ministry for the loan to make the process seamless.

According to him, once the miners come together to form cooperatives, the ministry will give them the appropriate equipment and license. He said that once the miners were registered, they would benefit from all incentives of the government like training and free tools.

“I was told we have more than a thousand cooperatives that have registered with us. Some of them have successfully transited from artisanal miners to small-scale miners. There are still many of them out there but we are winning because we are winning them over with incentives. So, because they are working, they are paying revenue to government by paying their royalty, so it is a win-win situation,” he said.

The minister commended the ability of artisanal miners to detect mineral resources in spite that they did not have required gadgets.

No hiding place for illegal mining

Mr Adegbite said his ministry was working with security agencies to curb illegal mining in the country. He said the collaboration had become necessary in view of rising cases of illegal mining.

Mr Adegbite said the ministry was working particularly with the Nigeria Immigration Service (NIS) to ascertain the visa status of foreign nationals.
He said the step was taken when the government found out that some foreign nationals were involved in illegal mining in the country.

Mr Adegbite said the ministry further found out that some of the nationals involved in the nefarious activities either did not have work permit or were working outside their specification.

The minister said that during the COVID-19 pandemic in 2021, about 17 foreign nationals were arrested in Osun State for illegal mining. He said the suspects were going through the process of prosecution.

“It is a federal thing and they are being tried in a Federal High court. These same nationals about three months ago were caught in Kwara State.

“This time an agency that is not directly responsible for mining, Economic and Financial Crimes Commission (EFCC) caught them and they are going through prosecution, ‘’ he said.

He also said the government was trying its best to control the issue of illegal mining, especially with particular nationals.

“We are tackling this from so many fronts. We are working particularly with Nigeria Immigration Service to know how they come into Nigeria because to go to any country you must have a visa.

“With that we will know what their visas indicate. Is it a visiting visa that indicates that you cannot stay more than six months or it is a working visa that gives you a work permit,” he said.

He, however, said the ministry was in search of genuine investors, as well as genuine miners to protect ungoverned spaces.

“The moment government gives out the space, it becomes the responsibility of the miners to protect it,‘’ he said. (NAN)