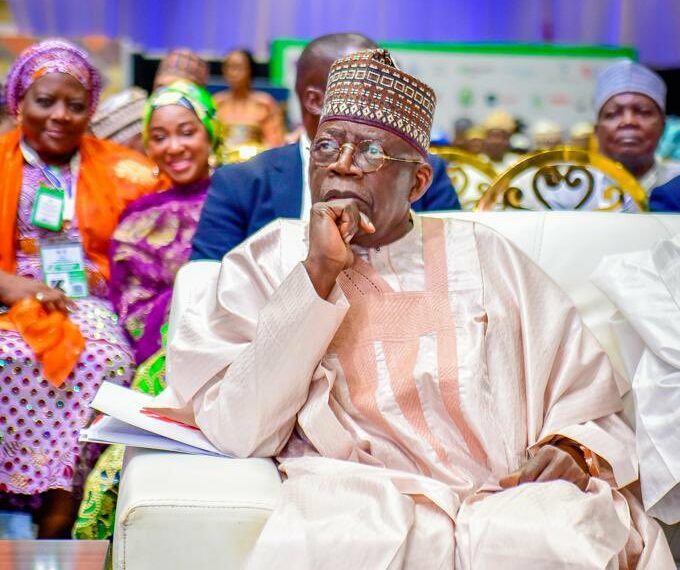 Betta Edu says Tinubu and his running mate did exceptionally well as governors in their respective states and should be given another opportunity to serve the people.

The National Women Leader of the All Progressives Congress (APC), Betta Edu, has targeted 40 million votes for Bola Tinubu, the presidential candidate of the party in the 2023 general election.

Mrs Edu said this in Calabar at the APC South-South Women and Youth Rally.

She said the presidential candidate of the APC and his running mate did exceptionally well as governors in their respective states and should be given another opportunity to serve the people.

“The presidential candidate of APC has been a great supporter of women and youths and should be given massive support.

“Tinubu has supported women and we have seen it, he supported his wife who is a Christian to rise to the position of a senator and other women in his state.

“When you go back to your states, go to every nook and cranny and mobilise all APC supporters to vote for Tinubu and Shettima.

“Make sure you get your Permanent Voter Cards ( PVCs) and go to your polling unit and vote come February 2022,” she said.

READ ALSO: Will Tinubu be president?, By Wole Olaoye

On her part, Oluremi Tinubu, wife of the APC presidential candidate, urged the South-South women to vote massively for the party in 2023 because they have so much to gain.

“We are fully committed that women’s issues are given priority in the next administration by the grace of God.
“A vote for Tinubu/Shetima is a vote for progress, an enabling environment for youths to thrive, and a unified and secured Nigeria,” she added.

Similarly, the wife of Cross River governor, Linda Ayade, urged residents of the state to get their PVCs ready to vote for APC come February 2023.

The state APC Chairman, Alphonsus Eba, promised to mobilise at least 500,000 votes from the state for Tinubu in the 2023 poll.