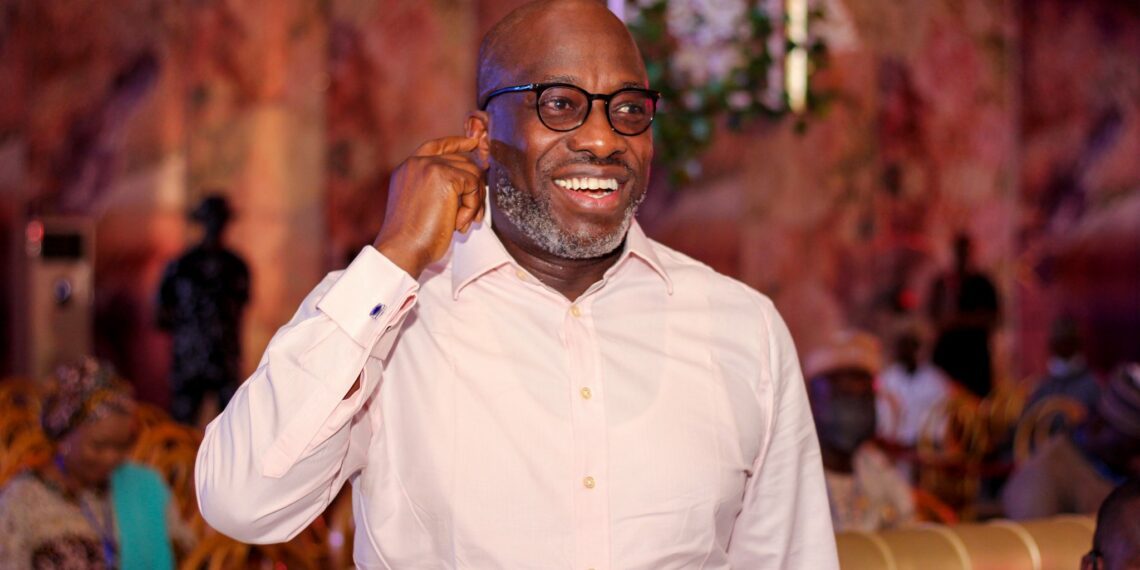 Segun Showunmi who was a spokesman for the PDP presidential candidate during the 2019 election said this in Abeokuta.

One of the aspirants fighting over the governorship ticket of the Peoples Democratic Party (PDP) in Ogun State, Segun Showunmi, says all the feuding groups will work for the presidential candidate of the party, Atiku Abubakar, for the general election.

Mr Showunmi, who was a spokesperson for Atiku during the 2019 campaign, spoke on Friday in Abeokuta at a meeting with his supporters.

Mr Showunmi, Jimi Lawal and Ladi Adebutu are the three aspirants battling for the PDP governorship ticket and their dispute have resulted in many court cases, with the Federal High Court set to deliver judgement on 1 December in one of the cases.

Dispelling a rumour that he had conceded the ticket to Mr Adebutu, the candidate recognised by the party, Mr Showunmi insisted that he is still in the governorship race.

But he appealed to all PDP members in the state to put their differences aside and begin mobilisation for the presidential candidate, saying “it’s the turn of Waziri Atiku Abubakar.”

Describing Atiku as the most prepared among the 18 presidential candidates, Mr Showunmi said “election is the difficult part, doing the job of president (will be) easy for Atiku.”

“I have checked, I have observed, I have researched, I have checked front and back, and I know that Atiku means well for Nigeria. He is very prepared and he is very ready. In fact, the election is the difficult one, but doing the job is very easy. He learned under our father, Chief Olusegun Aremu Obasanjo, and for so many years he has never allowed himself to be sad or to be so timid that he does not come out. Do you know what it takes to stand for an election every time?” Mr Showunmi said.

He warned his supporters against abusing the leaders of the other factions of Ogun PDP, insisting that “our party is our party.”

The former Atiku aide also spoke on his recent meeting with Mr Adebutu, saying it was part of efforts to find a common ground to resolve the lingering crisis in the state PDP. He described his decision to attend the meeting as “tough and difficult.”