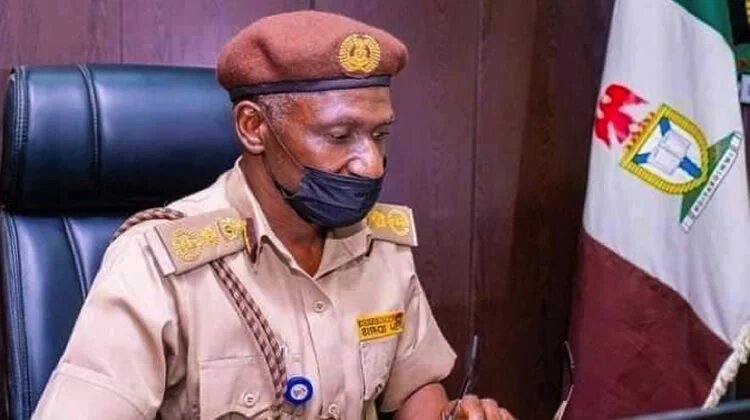 The Ogun State controller of immigration, Jibrin Yakubu, says the immigrants have no valid travel documents or means of livelihood.

The Nigeria Immigration Service (NIS) has paraded 32 Chadians and one Togolese arrested by officers of the agency in their hideouts in Odeda Local Government Area of Ogun State.

The NIS on Saturday paraded the immigrants at its office in Abeokuta, the state capital.

Speaking at the event, the state controller of immigration, Jibrin Yakubu, said the immigrants have no valid travel documents or means of livelihood.

The controller, who described the immigrants as a security threat to the country, said they were arrested when officers stormed two of their hideouts in the local government area at 12 a.m. on Wednesday.

The immigration boss also said the suspects entered Nigeria illegally and their purpose of coming into the country was also suspicious.

“We started profiling them and we have discovered that out of 33 of them, 32 are Chadian nationals while only one is a Togolese.

“We tried to find out why these people are here but they told us that they were invited by the only Togolese amongst them for a networking business.”

He further said the Togolese could not explain why she brought the Chadians into Nigeria. “That is why we decided to show the whole country and to tell the public to resist any attempt to be lured into any unknown business or to an unknown place.”

On the next line of action, Mr Yakubu said the immigrants would be repatriated to their countries next week.

The suspects do not speak English and as a result, could not communicate with journalists at the event.