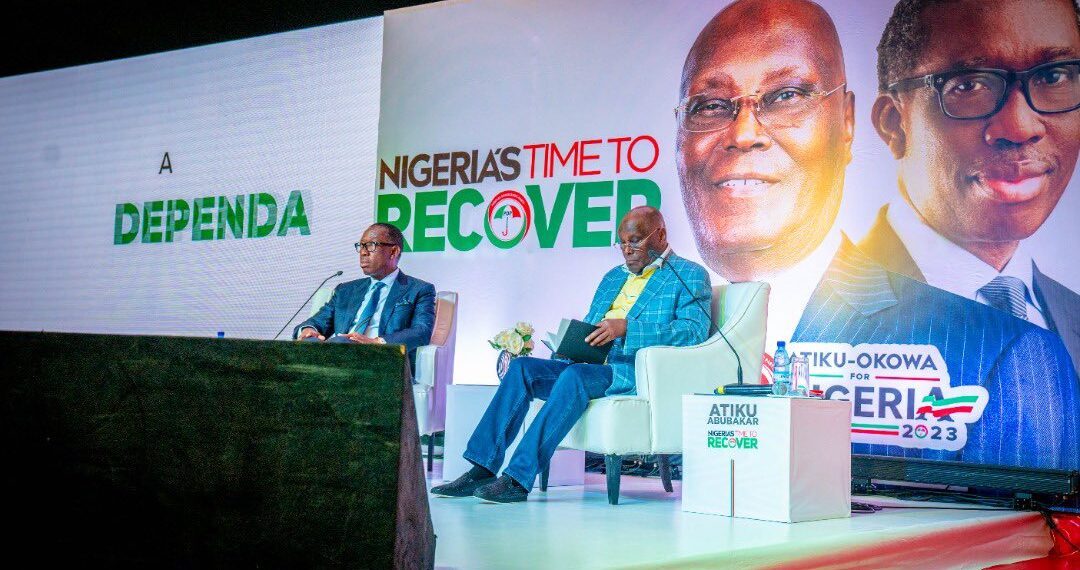 PDP presidential candidate, Atiku Abubakar, said that if elected, oil thieves would be prosecuted regardless of their status in the country.

Atiku Abubakar, the presidential candidate of the PDP, has said that oil thieves and their accomplices will face prosecution no matter their status in the country should he become the president.

Atiku spoke on Saturday at a Business Dialogue Stakeholders Forum held at Eko Hotel in Lagos.

The former vice president said that in the interest of national development, he would confiscate all oil blocs allocated to some Nigerians who have failed to make them functional.

“If you are not going to develop oil blocs given to you, we will take it away and give it to those who will develop it,” he said.

“We will also assemble the names of those involved in oil theft, publish the same and prosecute them.”

Speaking on plans to boost the oil and gas sector, Atiku recalled that under the administration of ex-President Olusegun Obasanjo, Nigeria’s quota of oil production was earmarked for increase to four million barrels per day.

He said he intends to sustain the plan beyond the projected figure, if he is voted into office. He pointed out that in order to do this successfully, the Petroleum Industry Act (PIA) and any other enabling law would be implemented.

“When we were in government, we started this process. However, there were hiccups. We were unable to pass the legislation to encourage IOCs to partake in the sector. We will go back to where we started,” he said.

He reiterated his commitment to privatising the refineries in Kaduna, Port Harcourt and Warri.

He promised to hold frequent interactive sessions between the government and the country’s’ business class if voted to power.

He said in order to stabilize the FOREX regime loopholes in oil, production would be blocked. He stressed that he would encourage local production and “not control public expenditure.”

“Dollarization or otherwise of the Nigerian economy depends on the strength or weakness of our economy. If we strengthen our economy, you don’t need the dollar. The naira can be strengthened by the number of jobs created and exports,” he said.

According to him, the monetary policy would be such that the Central Bank of Nigeria (CBN) would be independent.

“Monetary policy and other related items would be liberalised. Without price stability, the economy does not work for anyone; and job creation and poverty eradication cannot be attained.”

“CBN will take responsibility to deliver price stability despite the fact that inflation is a global phenomenon and a product of strong demand and limited supply.

“But none of these stops the CBN from carrying out its duty of price stability and single window fiscal regime,” the PDP presidential candidate said, pointing out that “some of these economic and financial challenges existed in 1999.”

“We were responsible for enacting the Fiscal Responsibility Act (FRA). We tried to schedule repayment of debts and we succeeded. If we did that, you can trust us again to address the cure problems.

“With this experience, you should trust that we can bring the monetary policy back on track.”