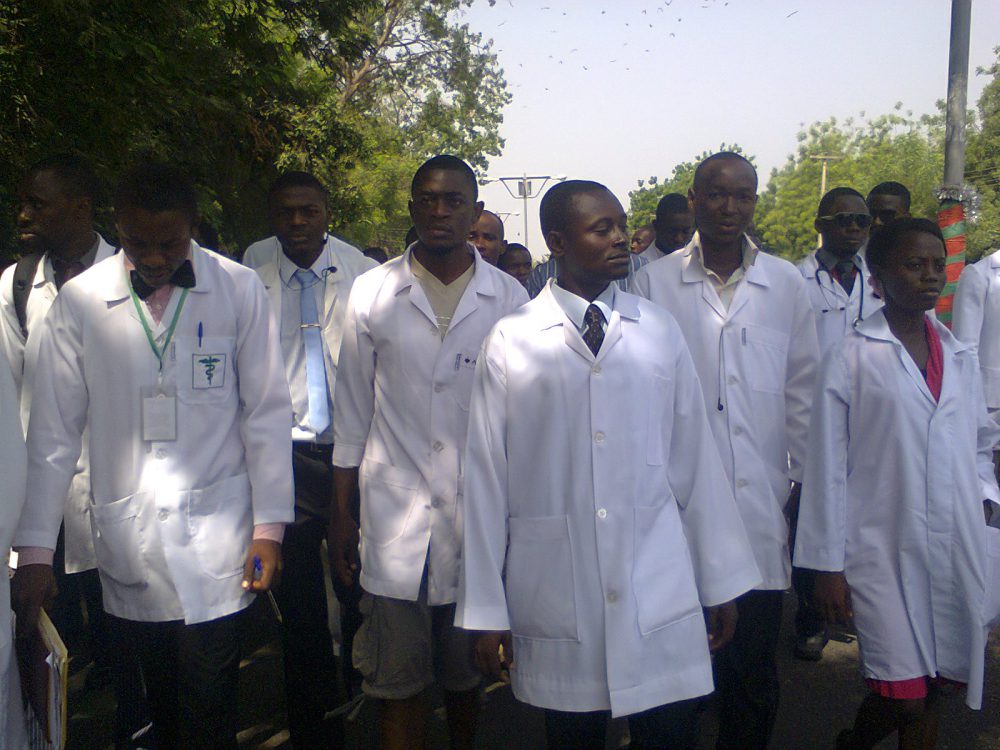 Nigerian health workers had downed tools many times in the past over the government’s failure to review the salary structure which is said to have been due for renegotiation since 2014.

As part of the efforts to forestall further industrial action, the Nigerian government on Thursday said it will review the salary structure of medical doctors and other health workers.

Medical doctors and other health workers have downed tools many times in the past over the failure of the government to review the salary structure which has been due since 2014.

The minister of Labour and Employment, Chris Ngige, during a courtesy visit by the new leadership of the Nigeria Medical Association (NMA) said the government is committed to not just the review of CONMESS but also CONHESS to ensure stability in the nation’s health system.

According to a statement published on Facebook by the Ministry of Information and Culture, Mr Ngige said he would swiftly liaise with the Ministry of Health to take over the matter to ensure an early resolution.

“The bad shape of the economy does not mean the doctors or other health professionals should not earn decent wages that can take them home, so they can take care of their needs as medical practitioners.

“Therefore, CONMESS and CONHESS to me, should be reviewed and I have done (written) a letter to the Ministry of Health,” he said.

He appealed to medical practitioners to exercise restraint and halt any planned industrial action against the government.

“But I hope we are all aware that once my Ministry takes over the matter for conciliation, part of the encumbrances is that you won’t go on strike anymore because the matter has been apprehended in line with section 18 of the Trade Disputes Act. I have no doubt doctors are noblemen and would abide by this,” he said.

During the visit, the NMA president, Uche Ojinmah, said the most pressing challenge facing Nigerian doctors is the review of CONMESS which he noted has been overdue for eight years.

Mr Ojinmah said several requests have been made seeking review of the salary structure.

“Recall that it is the 2009 Agreement that yielded CONMESS and we agreed with the government that it would be reviewed in five years and that five years was up in 2014 but this is 2022.

“We wrote in June to the Ministry of Health to ask for discussion over this. The meetings they convened were all structured to fail,” he said.

Mr Ojinmah lamented the inability of the officials of the Ministry of Health to resolve the lingering issue.

He, therefore, appealed to the minister of labour to take over the matter and ensure its speedy resolution before the general assembly of the association scheduled for 11 December.

Mr Ojinmah appealed to the minister to help maintain industrial harmony in the essential services where the NMA has jurisdiction.

“It will be highly appreciated if immediate and urgent actions are expedited by your ministry in addressing the concerns of the members of the NMA and her affiliates, the Nigeria Association of Resident Doctors (NARD), Medical and Dental Consultants Association of Nigeria (MDCAN) as well as the out-of-court resolution of the dispute between medical and dental doctors in academics and the Salaries, Income and Wages Commission,” the NMA President added.