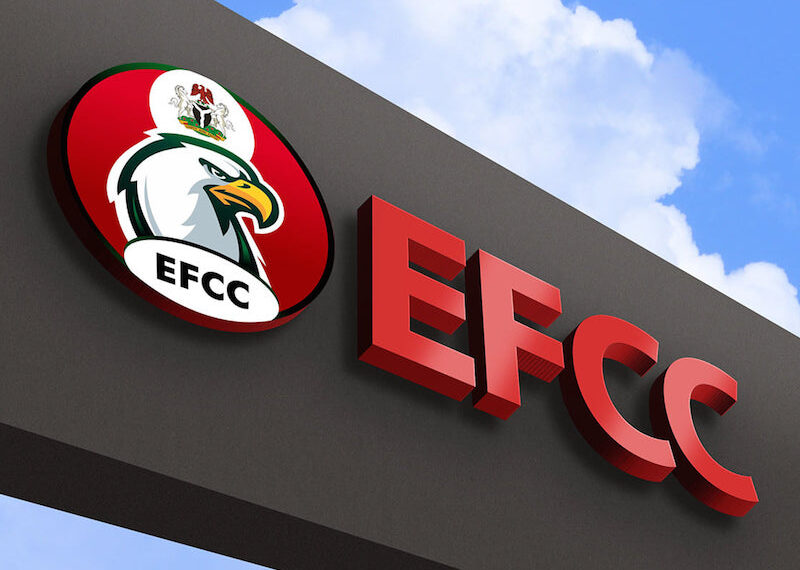 EFCC had sent a letter dated 17 October to the SDGs office requesting information for investigation purposes.

Nigeria’s Sustainable Development Goals (SDGs) office has denied being under any corruption probe by the Economic and Financial Crimes Commission (EFCC).

This is despite the SDGs office confirming that it was served with EFCC’s letter of investigation activities on allegations of fraud and money laundering concerning some contracts awarded by the office.

The office issued its denial in a statement by its Head of Communications, Rotimi Ajayi, on Thursday, and shared with PREMIUM TIMES Friday evening.

It issued the statement in reaction to a PREMIUM TIMES’ Thursday’s story which revealed the strong indication that the EFCC was beaming searchlight on some contracts awarded by the office.

The letter, signed by Ahmed Ghali of EFCC’s Lagos Zonal Command, said the commission was investigating cases of abuse of office, money laundering, and fraud concerning the SDGs office and some of its awarded contracts.

It was titled: ‘Investigation Activities: Request for information’, and named six companies that allegedly executed some contracts of interest for the SDGs office between 2017 and 2020.’

The Senior Special Adviser to the President on SDGs, Adejoke Orelope-Adefulire, who heads the office, had said in an interview with PREMIUM TIMES on Wednesday that the letter was a routine communication to different agencies by EFCC, and not for crime investigation.

We’ll corporate with the EFCC

Re-echoing Ms Orelope-Adefulire, the SDGs office’s statement acknowledged that it received a letter from the EFCC requesting information on some contracts awarded by the office and insisted that the anti-corruption agency’s request was routine by the anti-graft agency.

However, the SDG’s office emphasised that the situation did not constitute a charge or an indictment against it.

The office also promised in its statement to comply with the EFCC’s requests and insisted that the organisation awaits its results.

“In support of the anti-corruption stance of His Excellency, President Muhammadu Buhari’s administration, the Office will comply with the requests as it will also be interested in the outcome of the findings.

“But OSSAP-SDGs emphatically asserted that the routine demand for information by the EFCC does not and cannot in any way amount to indictment or widespread probe of the Office.

“Indeed, we can bodly say that OSSAP-SDGs have been exonerated after similar routine checks in the past. The fact is that OSSAP-SDGs cannot stop the EFCC or any other agency from carrying out its statutory responsibility and just like other agencies, we have a duty of cooperating with it in the discharge of such functions.

“However, OSSAP-SDGs will like to alert the media to be mindful of those who may want to deploy their medium for media trial, mudsling and smear campaign without minding the legal consequences,” Mr Ajayi stated.

The Sustainable Development Goals (SDGs) concept driven by the United Nations (UN) on actualisation of set goals on key issues of poverty, an inclusive economy, health and well-being, education, gender equality and the enabling environment of peace and security.

President Muhammadu Buhari appointed Ms Orelope-Adefulire, who served as the deputy governor of Lagos State between 2011 and 2015 to the position of Senior Special Assistant to the President on Sustainable Development Goals (SSAP-SDGs) in 2016 and 2019.

In 2020, allegations trailed the SDGs office over a missing N23 billion in her office. Ms Orelope-Adefulire denied the allegations.

Meanwhile, in its letter, the anti-angency asked the SDGs office to provide it with documents of contracts awarded to the companies between 2017 and 2020, as well as the certificates of completion of the contracts.

This, the commission said in the letter, would enable its detectives to conclude its investigations.

In addition, the EFCC demanded payment vouchers and also requested an advance soft copy of the details of contracts awarded to the companies.

The letter provided an email address the documents should be sent to “along with any other details that would be useful to the commission’s inquiry.”

The EFCC said its requests are in accordance with sections 38(1) and (2) of the Economic and Financial Crimes Commission (Establishments) Act, 2004 and Section 24 of the Money Laundering (Prohibition) Act, 2022 as amended.

“The command is investigating a case of abuse of public office, money laundering and diversion of funds involving the under-listed companies that were alleged to have carried out contracts for SDG between 2017 – 2020.

“In view of the above, you are requested to kindly furnish the commission with the following documents to enable us conclude our investigation:

“i. Certified True Copies of the list of awarded contracts;

“ii. Certificate of completion (or otherwise).”

The companies with no online presence are located in different places – Edo, Gombe and Niger states as well as Abuja, the Federal Capital Territory.

Checks by our reporter on the online portal of the Corporate Affairs Commission (CAC) showed that Jacodi Nigeria Limited has an office in Abuja with Jerhro Ogunmola, Olabisi Ogunmola and Dabi Botsha as its directors on record.

Prismvisa Contr. Nig. Ltd has its office in Gombe and its directors are Ismail Muhammad and Habiba Jibrin.