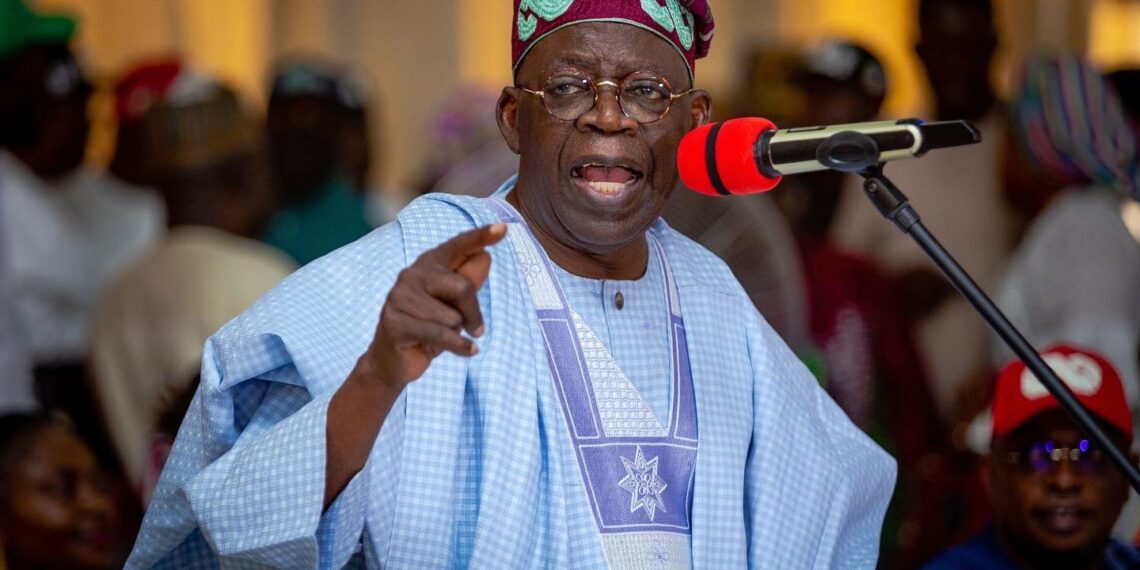 "There are few of us left running, one says he is Atiku, how many times has he been running? He is always on the run and he is tired. Tell him to go and sit down. Enough is enough."

Apart from Mr Tinubu, there are 17 other candidates running for president.

Speaking after visiting the Pere of Gbaramatu Kingdom in Delta State, the APC presidential candidate asked the candidate of the Peoples Democratic (PDP), Atiku Abubakar, to drop out of the contest, saying he was always running for the position.

“There are few of us left running, one says he is Atiku, how many times has he been running? He is always on the run and he is tired. Tell him to go and sit down. Enough is enough,” Mr Tinubu said.

Atiku has shown interest in the position since 1993.

However, in 2007, he ran for president on the platform of the defunct Action Congress (AC) to which Mr Tinubu belonged at the time.

Atiku also ran in the primary election of the PDP in 2011 and that of the newly-formed APC in 2014 ahead of the 2015 presidential election but lost.

Atiku was vice president of the country between 1999 and 2007 under the Olusegun Obasanjo administration.

He said it was a disgrace for him to mention the name of the candidate.

“The other one—he thinks “na statistics we go chop”? He likes arithmetic that can never be solved. No Indian can solve it. To mention his name is a disgrace to me. I won’t mention his name. Wrong statistics, wrong arithmetics— warehouse economy. That is not what Nigeria needs,” he said.

Although, Mr Tinubu did not mention anyone, Peter Obi, the Labour Party (LP) candidate is known for quoting statistics.

During a meeting of the Governor’s Advisory Council, some supporters of the APC sang songs with disparaging lyrics about Ms Akindele.

In his speech, Mr Tinubu, who spoke in Yoruba said,: “Don’t even behave as if you remember that name (Funke Akindele).

“It is a big insult, it is an abuse. A fowl wants to enter a house, it is bending down, how tall is it in the first place?”

Tanko Yinusa, one of the Obi/Datti campaign spokespersons, did not respond to requests for comments. He did not pick up calls nor respond to a text message sent to him.

The presidential candidates of all the parties and their national chairmen had, on 29 September, signed a peace pact.

Mr Tinubu was represented by his running mate, Kashim Shettima.

In his goodwill message, President Muhammadu Buhari cautioned against shifting of focus from issue-based campaigns to engagement in personal attacks, insults, and incitement by politicians.

“As the President, I have always reiterated my commitment to a peaceful, credible and transparent elections, and what the Peace Committee has been doing over the years, aligns with my belief that Nigeria needs peace in order to achieve credible elections.

“However, the rise of fake news and misinformation continue to pose a significant threat to the pattern of democracy in Nigeria. It has shifted focus away from issue-based campaigns to amplifying the potential for personal attacks, insults, and incitement. It has also significantly diminished the civility and decency in public discourse and debate.”