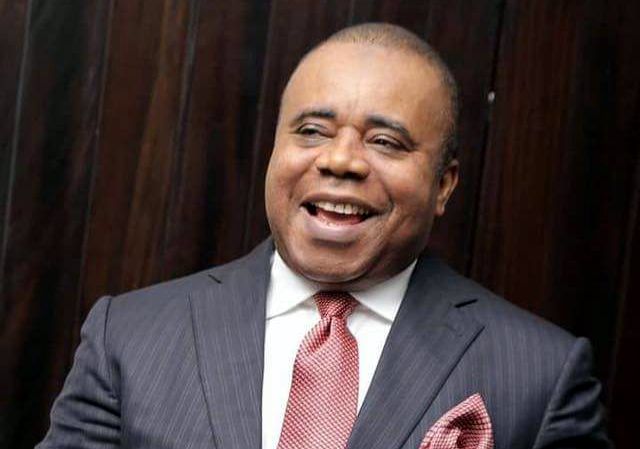 The allegation was contained in a petition filed by persons who, apparently, were uncomfortable that the then Interim Administrator of the NDDC, Effiong Akwa, was about being replaced.

The Senate Committee on Ethics, Privileges and Public Petitions has dismissed as false the allegation that the Minister of Niger Delta Affairs, Umana Umana, was hatching a plot to misappropriate N480 billion belonging to the Niger Delta Development Commission (NDDC).

The Chairperson of the committee, Ayo Akinyelure, told reporters on Thursday in Abuja that his committee had investigated the matter and determined that the allegation against Mr Umana was “false and baseless”.

Mr Akinyelure said the committee has confirmed as earlier explained by the minister that there was no attempt at any wrongful act, but a lawful plan for core regional projects to be included in the amended NDDC 2021/2022 budget as approved by President Muhammadu Buhari for a new regional development scheme in the nine states of Niger Delta.

It could be recalled that Mr Akinyelure last month told reporters in Abuja that the committee had summoned Mr Umana to appear before it over allegations of unauthorised projects and corruption in the NDDC.

The allegation was contained in a petition filed by persons who, apparently, were uncomfortable that the then Interim Administrator of the NDDC, Effiong Akwa, was about to be replaced.

“The minister was also accused of trying to replace the sole administrator of the NDDC, Effiong Akwa, who was duly appointed by President Muhammadu Buhari and confirmed by the national assembly,” Senator Akinyelure said in the last month press conference in which he announced that Mr Umana had been summoned.

The senator had said that removing the sole administrator would be detrimental to the interest of the people in the Niger Delta region.

The committee, according to the chairperson, dismissed as untrue the allegation that the minister wanted to sack Mr Akwa as the administrator of the NDDC, noting that Mr Akwa’s tenure had ended since his appointment was meant to last for the period of the forensic audit of the NDDC’s operations.

The Senate committee chairperson commended Mr Umana for ensuring the transmission of the NDDC budgets for 2021/2022 and 2023 to the National Assembly for legislative approval.

He expressed satisfaction with Mr Umana’s contribution to the efforts to constitute the governing board of the NDDC.

The Senate President, Ahmad Lawan, during plenary on Wednesday, read out President Buhari’s nominees for the NDDC board.

The committee praised President Buhari for approving the constitution of the Board of the NDDC and for the transmission of the NDDC budgets of 2021/2022 and 2023 to the National Assembly for appropriation.

On the alleged sack of 100 workers of the NDDC, the committee said there was no evidence that such disengagement had ministerial approval.

The committee, however, urged the minister to ensure that cases of undocumented employments and unauthorised sack of workers at the commission were addressed.