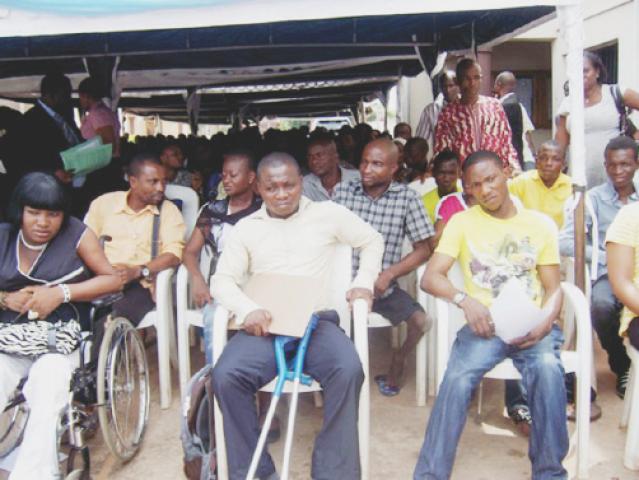 The space, a live audio conversation on the social medium- Twitter, explored the myths, problems and ways to achieve inclusiveness in the country.

Advocates for inclusion in Nigeria have expressed dissatisfaction with what they described as inadequate provisions put in place for the participation of Persons with Disabilities (PWDs) in the nation’s elections.

The experts expressed their dismay during a Twitter Space by DUBAWA on Thursday with the topic: “Fostering PWDs inclusive elections in 2023”.

The space, a live audio conversation on the social medium- Twitter, explored the myths, problems and ways to achieve inclusiveness in the country.

One of the experts, Stephen Idoko, a programme manager on good governance and democracy and an inclusion advocate, said most PWDs don’t know their rights during elections, and worse still never even acknowledge them.

“One of the challenges associated with Persons with Disabilities is that there’s a gap in knowledge,” Mr Idoko said.

Mr Idoko also spoke on the non-chalant attitude of political parties during party campaigns, saying: “I was looking at one of the campaigns, and there was no sign language interpreter. So how do we want PWDs to be carried along?”

Victor Ebiloma, a lawyer and disability rights advocate, stated that the challenges faced by PWDs are “multifaceted”, and that everyone has a role to play in the matter, including ordinary citizens, security personnel, Emergency Management Bodies (EMBs) and political parties.

Mr Ebiloma also noted that a major challenge that has affected PWDs and promoted political apathy is the insecurity and poor implementation plans envisaged during elections.

Mr Ebiloma stated that the electoral commission is deficient in infrastructure which has caused a huge setback for the whole system.

However, he mentioned that the Independent National Electoral Commission (INEC), in spite of its shortcomings, has ensured that facilities such as braille, magnifying glass, have been provided.

Mr Ebiloma noted that PWDs do not only face the problem of voting but likewise to be voted for, because of stereotypes.

“Most people perceive that Persons with Disabilities have lesser capacity compared to those who do not have disabilities.”

When asked what the practical way forward is, Mr Ebiloma extensively talked about the provision of section 54(1) of the Electoral Act that permits PWDs to be accompanied with a person that will help them cast their votes on their behalf after seeking permission from the presiding officer.

He also mentioned that while the use of technology-assisted devices such as the braille and magnifying glasses should be adequately adopted, PWDs should be sensitized about certain laws that have been enacted to ease voting.

He further stated that PWDs should be trained on the use of the election assistive materials such as the EC40H(I) Form, braille ballot guide and magnifying glasses.