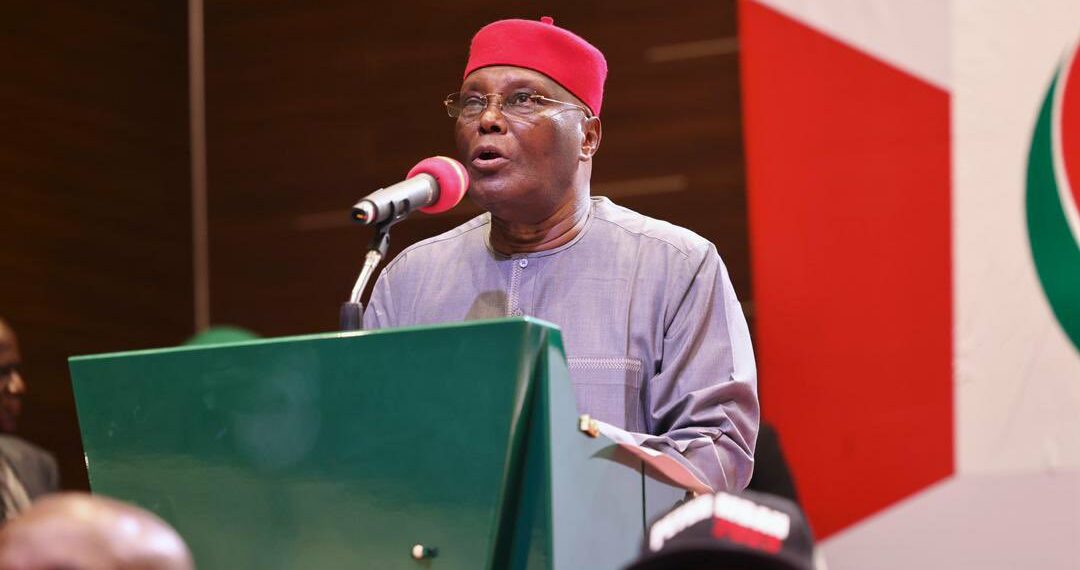 The PDP has been battling an internal crisis that could mar its chances of winning next year’s presidential election.

The crisis within the Peoples Democratic Party (PDP) has continued to deteriorate, with the G5 governors of the party declaring on Wednesday to support a southern candidate for the 2023 presidential election in Nigeria.

The two major contenders in the election who are from the south are Bola Tinubu of the ruling All Progressives Congress (APC) and Peter Obi of the Labour Party.

The stance of the G5 has complicated the challenges faced by the PDP presidential candidate, Atiku Abubakar, who has been struggling to bring back to the party fold, the breakaway group which is led by the defeated PDP presidential aspirant, Nyesom Wike, who is the governor of Rivers State.

The governors’ decision to support a southern presidential candidate was taken in Abia State before Thursday’s flag-off of the campaign of the State’s chapter of the PDP.

The host governor, Mr Ikpeazu, treated his colleagues to a gala night in his country home, Umuobiakwa, according to a statement posted on Governor Wike’s Facebook page.

Speaking on behalf of his colleagues, Governor Ortom blamed those he called “enemies of progress” for frustrating the PDP’s chances of winning the presidency in 2023.

“All of us and many others who chickened out, especially from the south, resolved that after eight years of rule in the north, we all know that in the unwritten constitution of this country, that it was only right for the sake of justice and equity that the presidency should come from the south. And that is what we have stood for,” Mr Ortom said.

The Benue governor said the stance of the G5 was in tandem with the July 2021 resolution of the southern governors that the next president of Nigeria should come from the south.

The meeting was held in Lagos, South-west Nigeria.

The northern governors elected on the platform of the APC held a similar meeting in June 2022 and adopted a common position to choose their presidential candidate from the south.

The PDP governors from the southern states met later in April in Akwa Ibom Governor’s Lodge, in Abuja, and insisted that the PDP zone its 2023 presidential ticket to the south for equity and fairness.

While the APC eventually picked a southerner, a former governor of Lagos State, Bola Tinubu, as his presidential candidate, the PDP picked the former Vice President Atiku Abubakar, who is a northerner.

“We have teamed together to build this party to make it very strong and our intention was that we will take over governance in 2023 and build Nigeria again from bottom to top.

“Unfortunately, enemies of progress came in. Because one thing that we believed as men of integrity, as men who believed in equity, fairness and justice, was our resolve,” Mr Ortom said.

The G5, before now, has been demanding the resignation of the PDP National Chairman, Iyorchia Ayu, to pave the way for a southerner to lead the party in order to create a “regional balance”.

The group’s argument is that the PDP presidential candidate, Mr Atiku, and the PDP chairman, Mr Ayu, are from the north.

The members of the G5 rejected their inclusion in the Atiku presidential campaign council and have continued to boycott the activities of the campaign – they instead prefer a PDP state-level rally in their various states.

Governor Wike, on 19 November, flagged off the 2023 election campaigns of the Rivers State chapter of the PDP in Port Harcourt.

The four other G5 members were there in Port Harcourt to show solidarity with Mr Wike and the PDP in Rivers.

The APC, taking advantage of the PDP crisis, has been telling Nigerians that Mr Atiku cannot unify Nigeria if he is finding it difficult to unite the PDP.