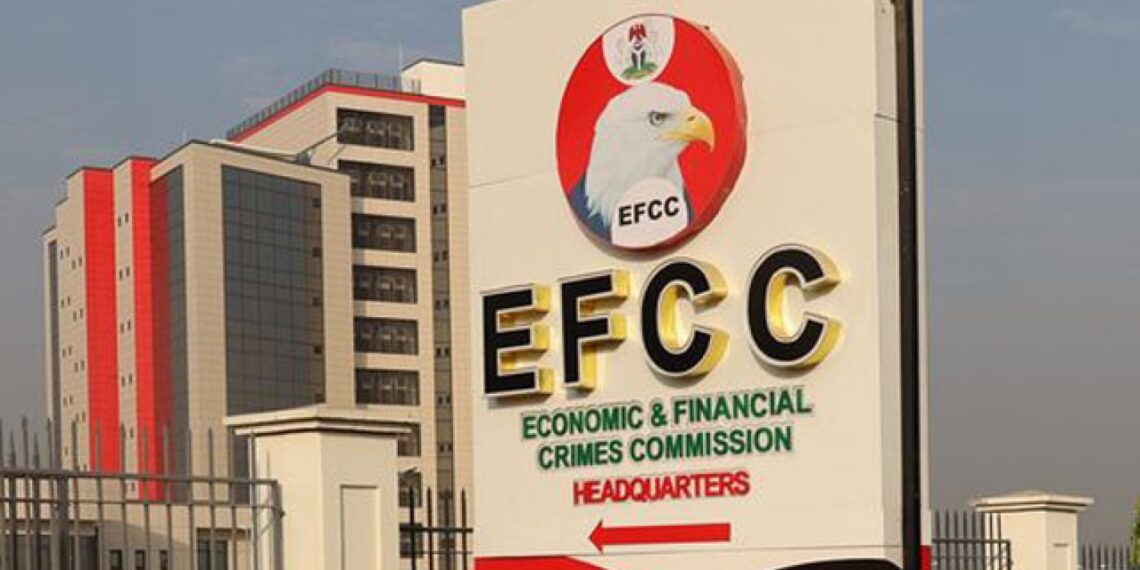 EFCC named six companies that allegedly executed some contracts of interest for the SDGs office between 2017 and 2020.

An indication has emerged that the Nigerian government’s office in charge of the drive for actualisation of the Sustainable Development Goals (SDGs) is under investigations over corruption allegations by the Economic and Financial Crimes Commission (EFCC).

This is contained in a letter dated 17 October which the EFCC sent to the SDGs office requesting information for investigation purposes.

The letter, signed by Ahmed Ghali of EFCC’s Lagos Zonal Command, said the commission was investigating cases of abuse of office, money laundering, and fraud concerning the SDGs office and some of its awarded contracts.

But the Senior Special Adviser to the President on SDGs, Adejoke Orelope-Adefulire, who heads the office, said in an interview with PREMIUM TIMES on Wednesday that the letter was a routine communcation to different agencies by EFCC, and not for crime investigation.

Although it did not give details of the allegations being investigated, it named six companies that allegedly executed the contracts of interest for the SDGs office between 2017 and 2020.

The companies with no online presence are located in different places – Edo, Gombe and Niger states as well as Abuja, the Federal Capital Territory.

Checks by our reporter on the onlne portal of the Corporate Affairs Commission (CAC) showed that Jacodi Nigeria Limited has an office in Abuja with Jerhro Ogunmola, Olabisi Ogunmola and Dabi Botsha as its directors on record.

Prismvisa Contr. Nig. Ltd has its office in Gombe and its directors are Ismail Muhammad and Habiba Jibrin.

In the EFCC’s letter, the anti-angency asked the SDGs office to provide it with documents of contracts awarded to the companies between 2017 and 2020, as well as the certificates of completion of the contracts.

This, the commission said in the letter, would enable its detectives to conclude its investigations.

In addition, the EFCC demanded payment vouchers and also requested an advance soft copy of the details of contracts awarded to the companies. The letter provided an email address the documents should be sent to “along with any other details that would be useful to the commission’s inquiry.”

The EFCC said its requests are in accordance with sections 38(1) and (2) of the Economic and Financial Crimes Commission (Establishments) Act, 2004 and Section 24 of the Money Laundering (Prohibition) Act, 2022 as amended.

“The command is investigating a case of abuse of public office, money laundering and diversion of funds involving the under-listed companies that were alleged to have carried out contracts for SDG between 2017 – 2020.

“In view of the above, you are requested to kindly furnish the commission with the following documents to enable us conclude our investigation:

“i. Certified True Copies of the list of awarded contracts;

“ii. Certificate of completion (or otherwise).”

The Sustainable Development Goals (SDGs) concept driven by the United Nations (UN) on actualisation of set goals on key issues of poverty, an inclusive economy, health and well-being, education, gender equality and the enabling environment of peace and security.

President Muhammadu Buhari appointed Ms Orelope-Adefulire, who served as the deputy governor of Lagos State between 2011 and 2015 to the position of Senior Special Assistant to the President on Sustainable Development Goals (SSAP-SDGs) in 2016 and 2019.

In 2020, allegations trailed the SDGs office over a missing N23 billion in her office. Ms Orelope-Adefulire denied the allegations.

Meanwhile, when contacted for a reaction by our reporter on Wednesday, Ms Orelope-Adefulire described the EFCC letter of investigation as a routine process. She said the investigation was not limited to the SDGs office.

“Scam contract and money laundering? There is nothing like that, what EFCC is doing is (a) routine investigation and not limited to SDGs Office. Can you please allow the authorised agency of givernment to carry out their legitimate activities?” she said in a text message she sent to our reporter.

But her attention was drawn to the part of the letter specifically indicating that the commission was investigating alleged abuse of office, fraud and money laundering concerning her office.

In her response, Ms Orelope-Adefulire said the wording used by the EFCC was normal and did not necessarily suggest the allegations against her office were correct.

“That is how they write their letters and that doesn’t suggest that the the allegation is correct,” she said.

EFCC’s spokesperson, Wilson Uwujaren, did not respond to calls and text messages sent to his known phone number.