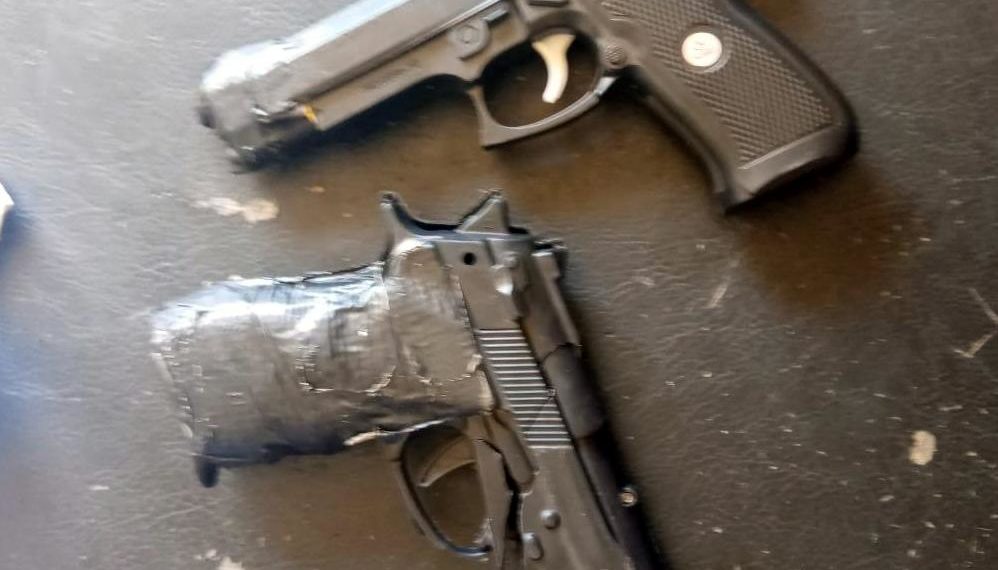 Guns used to illustrate the story.

The candidate says arms and drugs are entering the country through the border causing concerns among security agencies.

The presidential candidate of the Action Alliance (AA), Hamza Al-Mustapha, says there is an influx of arms into the country ahead of the 2023 general elections.

Mr Al-Mustapha, a retired major and former chief security officer to the late Head of State, Sani Abacha, said arms and drugs are entering the country through the border causing concerns among security agencies.

He stated this in Abuja on Tuesday during the annual roundtable meeting on insecurity organised by Platinum Post.

He spoke on the theme: “Contemporary security challenges and their effect on the 2023 general elections.”

He said, “As of today, all the agencies in Nigeria, and I’m sure the representative of the Inspector General of Police, if he is aware of what I am going to talk about—new discoveries of movements of drugs, arms, are coming into Nigeria through numerous borders and in large quantities. I am talking of now as I speak. But I’m sure the society is not aware.

“The question is at whose instance are these new weapons coming in? Why the increase? Who are the vendors? Who sent for it? Is it politicians? What is the plan? Can the election hold? Has friction started between political parties and candidates and their supporters?

In his speech, Governor Abdullahi Ganduje of Kano State, said the greatest threat to the 2023 general elections is insecurity.

Mr Ganduje, who was represented by the Kano State Head of Service and acting Chief of Staff, Usman Bala, said security operatives are faced with “ensuring the safety and security of voters, election personnel, materials, candidates, party agents, observers, the media and transporters.”

He noted that “the responsibility has become more challenging in the context of the current asymmetric security situation in the country. With about a few months until the next general elections, there is no better time for proactive measures than now to ensure that the nation is secure enough for elections to be held across the nooks and crannies of the country.”

Mr Ortom, who was represented by his Special Adviser on Millenium Development Goals, Magdalena Dura, urged the Independent National Electoral Commission (INEC) to make provision for over two millions Internally Displaced People (IDPs) in his state.

“There is lack of equity and justice in Nigeria. INEC needs to have comprehensive data on the IDPS, so that they can create polling units for IDPs. Is it not possible for INEC to ensure that those displaced return to their homes to vote? INEC must open discussions with IDPs to know what they need,” he said.

Mr Ortom also decried a development where “illegal migrants who crossed our borders with arms are also going to vote to decide who becomes President,” adding that “there is a need for government to ensure credibility of the electoral process.”

The Managing Director of Platinum Post, Edwin Olofu, in his opening remarks, said the roundtable aimed to provide answers to questions around insecurity and the 2023 elections.

“The objective of the roundtable is to find answers to some nagging questions posed by the current security situation in the country and mobilise the electorate to exercise their franchise without let or hindrance,” he said.

The event also had a panel of experts who discussed security and elections.