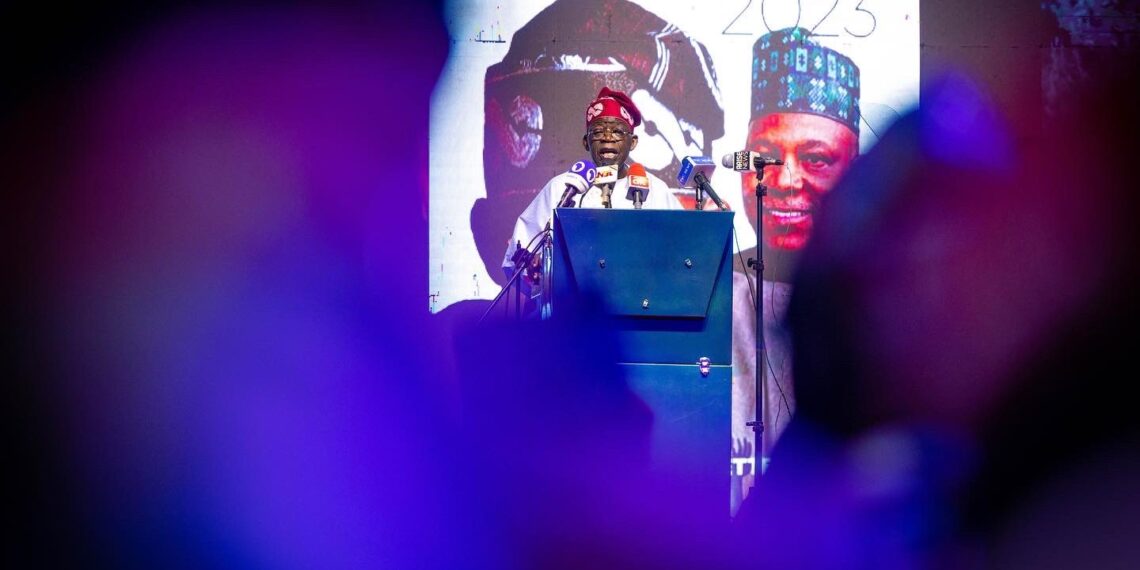 The presidential candidate of the All Progressives Congress (APC), Bola Tinubu

Mr Tinubu gave the assurance on Saturday at the APC rally held at the Warri Township Stadium, Delta State.

“President Muhammadu Buhari’s administration has made giant strides in revisiting this project and we will complete it.

“Gas will become a national priority. I envision fertiliser and petrochemical plants, aluminium smelters, methanol plants, all aimed at creating jobs for the unemployed, while producing goods that booster farming, construction and other industries, ” he said.

Mr Tinubu, however, assured Nigerians, especially youth that all the promises made to ensure a better Nigeria would be fulfilled.

According to him, “I will fullfil my promises to you. You are the future of this country. Your dreams will be realised for a stable and united Nigeria,” he stated.

Mr Tinubu said that voting for the Peoples Democratic Party (PDP) would amount to continuation of the 23 years of underdevelopment of Delta State.

He accused the opposition party of abandoning infrastructure development in the state and leaving the state to rot away.

“Our rivals do not have shame as they are fighting in public. How can they think of good governance?

“Go to Lagos State and see development and records of beautiful people. Hope is here, development is here, progress is here, Omo-Agege is here and prosperity is here,” Mr Tinubu said.

The APC presidential candidate said that his presidency and Ovie Omo-Agege as the incoming governor would bring “hope, employment and development” to Delta and Nigeria at large.”

Also, Omo-Agege, the APC governorship candidate in the state, said a vote for the APC candidates would bring the much needed development to Delta and Nigeria.

He said that the Warri Port and Koko Ports would be reactivated when elected as the state governor and Mr Tinubu as the president.

“I will go back to him to take a review of the privatisation of the Delta Steel Company, Aladja and full implementation of the Nigeria Maritime University (NMU), Okerenkoko.

“I am also committing to you that the Export Processing Zone (EPZ), Ogidigben will come back to reality.

“I want to appeal to all people of Delta, we have our chance to get free from the tyranny in Delta.

“Today, we are blessed by an opponent whose credentials are being debated.

“The current governor wants to market education as a scam. We now have a chance to come out, go to our units and vote out the tyranny of the PDP,” Mr Omo-Agege said.

Also speaking, Mr Tinubu’s wife, Oluremi Tinubu, a Deltan, who spoke in Itsekiri language, urged the people to vote for her husband so that they could have one of their own in the corridors of power.

Others included the Senate President, Ahmad Lawan; the Governor of Plateau and Director-General of the APC Presidential Campaign Council, Simon Lalong; Governor Hope Uzodinma of Imo State; a former governor of Edo State, Adams Oshiomhole, among others.